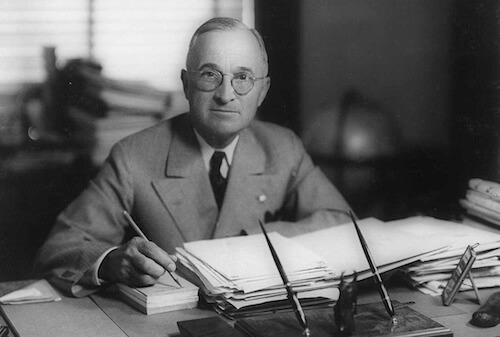 However, some of the greatest presidents in US history did not set foot in an institute of higher learning, let alone graduate from one. Often, education was simply not an option for the following ten presidents. That said, through hard work and sheer determination – or an action-packed stint in the US Army – they managed to rise to the top. And though they may not have been college graduates themselves, they still realized the importance of education. 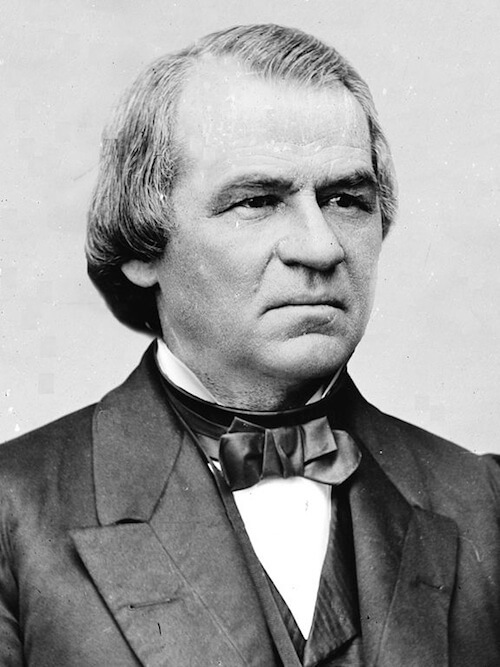 On March 4, 1865, Andrew Johnson was inaugurated as vice president during Abraham Lincoln’s short-lived second term. He became the 17th US president just over a month later, on April 15, 1865 – the day Lincoln was assassinated by John Wilkes Booth.

Johnson was born in a log cabin in North Carolina on December 29, 1808. His mother was a laundress, and both his parents were practically illiterate. At just ten years old, Johnson was sent to work as an apprentice to a tailor, where another employee helped him learn basic reading and writing. Locals came by to read to the tailors, and the future politician listened. According to Johnson’s biographer Annette Gordon-Reed, this is where the future president’s skill for public speaking originated. When he was 17 years old, Johnson opened a tailor shop in Greenville, Tennessee. He also met his wife Eliza McCardle at 17 and she helped him with reading, grammar and mathematics. The pair went on to marry in 1827 when Johnson was 18 years old and McCardle was 16. 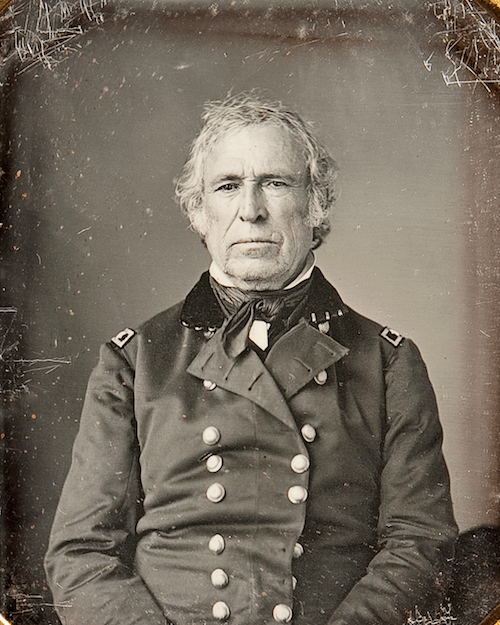 Zachary Taylor was born on November 24, 1784 in Barboursville, Virginia. He grew up in a cabin in the woods on the Ohio River in Kentucky, before his planter parents’ fortunes changed and the family moved back into a brick house. Although Taylor had an aptitude for learning quickly, there were no formal schools in Kentucky and his education was hit and miss. His early handwriting would later be described as “that of a near illiterate.”

On May 3, 1808, Taylor joined the army as a first lieutenant. He spent the next 40 years as a career officer in the US Armed Forces, participating in a series of wars, including the War of 1812 and the Mexican-American War. His success in the military saw him promoted to major general in 1846, and he gained recognition as a brave and heroic figure. He was then successfully persuaded by the Whig Party to run for president. Assisted by his standing as a national hero, in 1848 Taylor was elected to the presidency, in spite of his ambiguous platform and general want of political interest. He took up office on March 4, 1849. However, Taylor’s presidential term was quite short, as he died of a digestive ailment on July 9, 1850. Rumors that he was poisoned abounded. 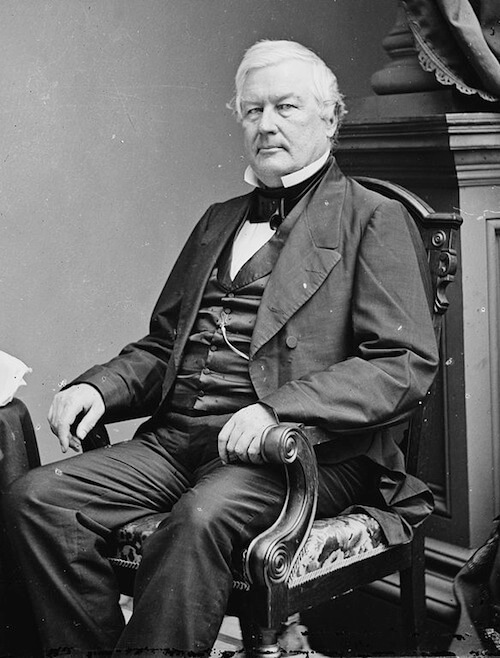 Millard Fillmore was launched into the presidency after the sudden death of Zachary Taylor, under whom he had served as vice president. He took the position on July 9, 1950 – the day of Taylor’s death. Fillmore was born in a log cabin in Moravia, New York on January 7, 1800. He worked on his father’s farm and was educated in various one-room schoolhouses. At age 14, he was apprenticed to a cloth maker in Sparta, New York. Soon after, he took up a similar position in nearby New Hope.

Receiving a decent education on the frontier was a challenge for Fillmore, who in 1819 attended New Hope Academy for half a year. He abandoned cloth making later that year and began working as a clerk for a local judge, who started to teach him law. Eventually, Fillmore moved to Buffalo and continued to study law in a lawyer’s office, becoming a fully-fledged attorney in 1823. In 1834, in partnership with his friend Nathan K. Hall, he founded the Fillmore and Hall law firm, which was renamed Fillmore, Hall and Haven in 1836. The firm went on to become quite highly regarded. In 1846 Fillmore founded the University of Buffalo. 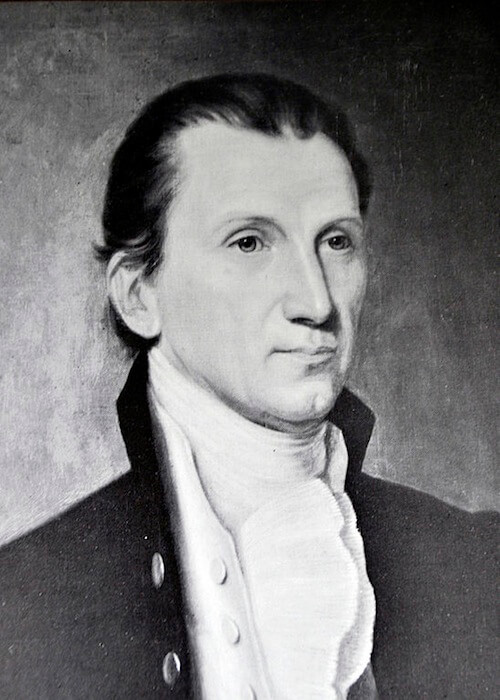 Growing up in Virginia, James Monroe had an education that began at home, where his mother Elizabeth tutored him. When he was 11, he went to Campbelltown Academy, and here he shone at both mathematics and Latin. In 1774 he began studying at the College of William and Mary. There, Monroe became involved in revolutionary activities. He dropped out in 1775 and joined the Continental Army as an officer, never returning to attain his degree. In June of that year, following the battles of Lexington and Concord, Monroe and a group of older cohorts broke into the Governor’s Palace and stole 200 muskets and 300 swords. The weapons were given to the local militia. Then in 1780 – hoping that a legal education would influence his political career – Monroe began studying law under Thomas Jefferson. He succeeded in his efforts and on March 4, 1817 became the fifth President of the United States. 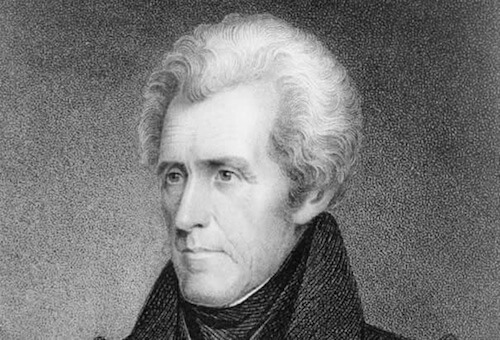 By the time he was 15, Andrew Jackson was both an orphan and a veteran of the American Revolutionary War. While still only a teenager, he had been held prisoner by the British and had suffered the loss of two brothers. Jackson had received a certain degree of education, but it was sporadic at best. He thus took his academic career and future into his own hands when he decided to study law in Salisbury, North Carolina. In 1787 Jackson managed to pass the bar and became a country lawyer. In 1788 he moved to the frontier town of Nashville, where he practiced law and quickly became involved in local politics. Jackson would become the state’s first congressman and later a senator.

In 1801 Jackson was named commander of the Tennessee militia and led his forces to several heroic victories. His actions during the War of 1812 made him a national hero and earned him a gold medal and the Thanks of Congress. Sworn in on March 4, 1829, Jackson held office as the seventh president of the US until March 4, 1837. 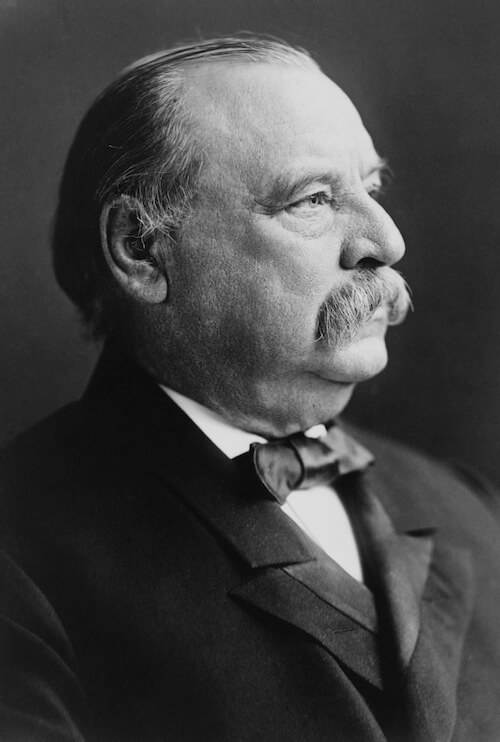 Grover Cleveland was born in Caldwell, New Jersey on March 18, 1837 and grew up in Fayetteville, New York. He attended school until he was 16 years old, when the death of his father forced him to drop out and contribute to supporting the family. Thanks to his brother William, he became an assistant teacher at the New York Institute for the Blind, but he only stayed in the position for a year. And although one of Cleveland’s church elders had offered to finance his college education on the condition that he become a minister, he chose to move out west instead.

In Buffalo, Cleveland’s uncle employed him as a clerk and introduced him to a group of influential figures. He began working for law firm Rogers, Bowen, and Rogers, which paved the way for him to pass the bar exam in 1859. Not letting his lack of formal education hold him back, Cleveland went on to become the mayor of Buffalo and the governor of New York. He was elected president for two non-consecutive terms – 1885 to 1889 and 1893 to 1897. He remains the only president to have served two non-consecutive terms. 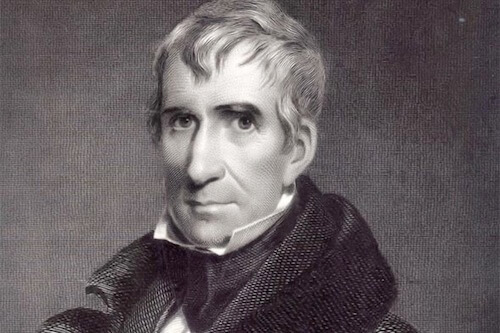 William Henry Harrison was born into a notable political family in Charles City, Virginia on February 9, 1773. Growing up in Virginia, he studied Latin and French at various academic institutions. Eventually he ended up in Philadelphia and in 1790 enrolled at the University of Pennsylvania, where he studied medicine. Apparently, Harrison didn’t much care for the subject, though, so when his father died a year later and left him without any funds to continue his education, the 18-year-old Harrison decided to join the US Army.

Harrison was in the army for seven years, after which he retired and set his sights on a political career, becoming the Indiana Territory’s governor in 1801. He became the ninth President of the United States on March 3, 1841. Unfortunately, Harrison is best known for having served the briefest term in US presidential history. He died of pneumonia and septicemia on April 4, 1841, just a month after his inauguration. 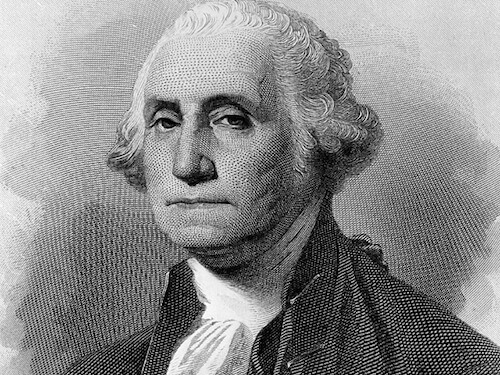 George Washington was born on February 22, 1732 in Westmoreland, Virginia. He spent his childhood in Virginia, where he was educated by several different tutors and also attended an Anglican clergyman-run school. When Washington was just 11 years old, his father died. This prevented the boy from furthering his education at Appleby School in England as planned.

Explaining his rise to prominence, Washington said, “My mother was the most beautiful woman I ever saw. All I am I owe to my mother. I attribute my success in life to the moral, intellectual and physical education I received from her.” Washington held office as the first president of the US from 1789 to 1797. And even though he himself never graduated, he considered education paramount and said, “A primary object should be the education of our youth in the science of government. In a republic, what species of knowledge can be equally important? And what duty more pressing than communicating it to those who are to be the future guardians of the liberties of the country?” 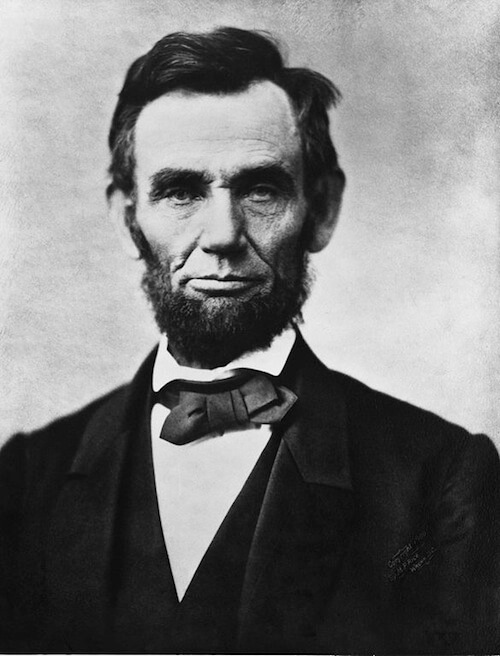 Abraham Lincoln was born in Hodgenville, Kentucky on February 12, 1809. He received very little academic training during his formative years. By the time he came of age, his limited schooling from itinerant teachers amounted to an ability to “read, write and cipher.” Describing his childhood, he said, “It was a wild region, with many bears and other wild animals still in the woods. There I grew up… Of course when I came of age I did not know much.”

However, Lincoln was an ambitious learner and eagerly devoured any book he could get his hands on, including those on law. An autodidactic approach to legal studies, along with his dedication and hard work, enabled Lincoln to become a practicing lawyer. He spent eight years on the Illinois legislature and traveled courtroom to courtroom for years. Lincoln said he viewed education as “the most important subject which we as a people can be engaged in.” One of his law partners described his ambition as “a little engine that knew no rest.” Lincoln held presidential office from March 4, 1861 until his assassination on April 15, 1865. 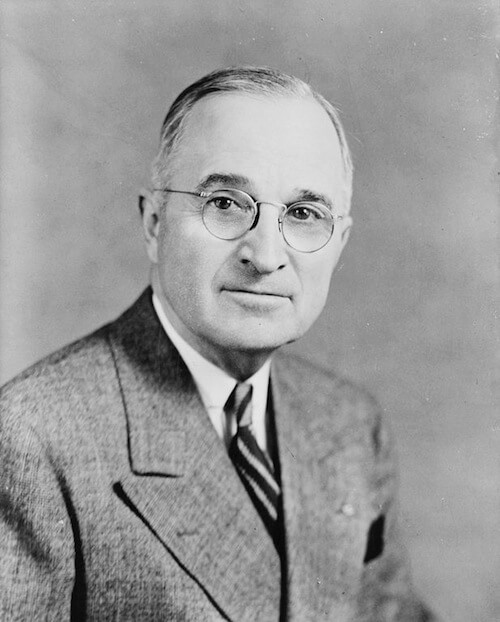 Harry S. Truman was born in Lamar, Missouri on May 8, 1884 and enjoyed history, piano and reading as a young child. In 1901 he graduated from Independence High School (now known as William Chrisman High School). Although he enrolled in Spalding’s Commercial College to study business, Truman dropped out after just one semester. He gave higher education another go in 1923 when he took night classes at the Kansas City School of Law (now known as the University of Missouri-Kansas City School of Law), but dropped out again in 1925, after he lost his administrative government job with the Jackson County Court.

Truman became a US senator in 1934, and on January 20, 1945, he became vice president, serving under Franklin D. Roosevelt. On April 12, 1945, the shock death of President Roosevelt thrust Truman into the limelight, the vice president having only been in his position for 82 days. He became the 33rd President of the United States, holding office until January 20, 1953. Truman is the most recent US president to have never obtained a college degree. However, the politician still realized the importance of education, saying, “Without a strong educational system democracy is crippled. Knowledge is not only key to power. It is the citadel of human freedom.”