Your goal might be as simple as making informed decisions.  It could be as ambitious as running for office. Or maybe you just want to beat your Republican friend in a debate.  To do any of these, there are a few things every young Democrat should know. Many of those things can be learned from decades’ worth of famous books written by some of brightest thinkers in progressive politics. Below, we’ve listed 30 of those books.

Some of these books were written in recent years, while others were written  decades ago. All have greatly influenced one of the greatest political movements to occur anywhere and at any time. Despite their differences, these are the 30 books every young Democrat should own.

Act of Congress: How America’s Essential Institution Works, and How It Doesn’t Understanding Congress and how it works is essential for any politically minded American. In Act of Congress, Robert G. Kaiser offers a detailed explanation of how Congress is both meant to work and how it actually works. He makes the terrifying argument that our modern Congressional system is broken and cites recent reforms to support his case.

America: Who Really Pays the Taxes? It’s not an easy read, but once you’ve made it through this classic economics book, you’ll have a much better idea of the tax code. You’ll see how it’s manipulated by the rich and big corporations so that the biggest tax burdens are left to the middle class. Plus, it’s full of helpful numbers that are sure to shut down even the most persistent Conservative debate partner.

The Audacity of Hope: Thoughts on Reclaiming the American Dream

Barack Obama
Barack Obama is one of the presidents most celebrated by liberals, and his book is a must-have for any young Democrat’s bookshelf. The book summarizes President Obama’s ideas for the future of America, ideas that ultimately shaped his eight years as president.

The Bell Curve Wars: Race, Intelligence, and the Future of America 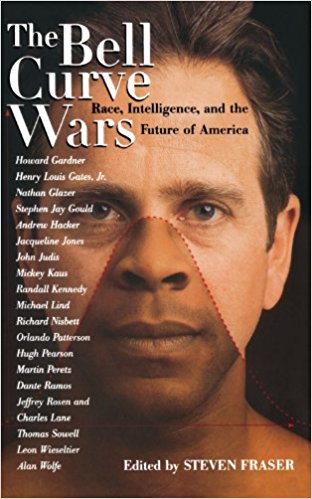 Understanding the politics of race in this country is no easy feat, but The Bell Curve Wars is a good place to start. The book features contributions by various experts and was edited by Steven Fraser. It explains the uproar surrounding the issue of IQ after the book The Bell Curve fraudulently declared that the average black IQ is 15 points lower than the average white IQ.

Between the World and Me 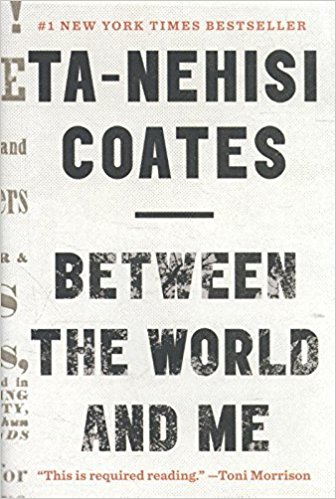 Ta-Nehisi Coates has been called “the single best writer on the subject of race in the United States,” and in Between the World and Me, he boldly discusses America’s history with race. Beloved writer Toni Morrison even calls this book “required reading.”

Bobby Kennedy: The Making of a Liberal Icon Few figures have been as pivotal to the evolution of the Democratic Party as Robert F. Kennedy. In Bobby Kennedy biographer Larry Tye wades through the sea of myths and misconceptions that still surround Bobby Kennedy to this day. The author separates the myths in order to paint an accurate portrait of a fascinating man.

The Conscience of a Liberal Paul Krugman is a popular columnist for the New York Times and one of the foremost names in political debate. He describes economic inequality in the United States from its earliest days to the modern era. Based on his historical examples, Krugman argues for the advent of a new social welfare system that would best serve modern-day Americans.

The Democrats: A Critical History 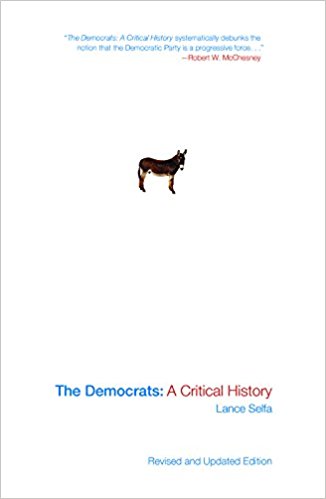 Don’t Think of an Elephant! Know Your Values and Frame the Debate: The Essential Guide for Progressives This book really is the “essential guide” it is billed as. It offers young Democrats a concise summary of the way Conservatives think about various issues. Lakoff then breaks down these arguments, and presents the Liberal side in a way that helps  young Democrats better articulate their own thoughts and feelings. This is a must-read before entering into the next social media-based political argument. 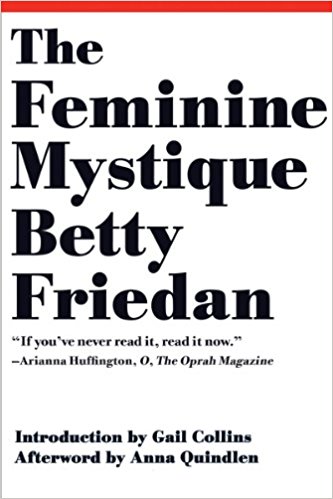 This is the book that “pulled the trigger on history.” Betty Friedan’s The Feminine Mystique is perhaps the most famous book about feminism and a must-read for young democrats. Friedan initially set out to write a book about what it means to be a woman. However, as she conducted her interviews, she began to realize just how stifled many women felt by traditional gender roles. Published in 1963, The Feminine Mystique is credited with bringing feminism to the forefront of suburban life. According to author Paul Starr, liberalism is a must for any modern society. In Freedom’s Power, Starr distinguishes between classical liberalism and modern liberalism. He describes how the laissez-faire economics and the social welfare of the latter combine into the ideal system.

Guns and the Constitution: The Myth of Second Amendment Protection for Firearms in America The gun debate isn’t likely to go away any time soon, so it’s a topic that is worth familiarizing yourself with. Though it was published in 1995, this 76-page book remains as relevant as ever. It describes the ways in which gun lobbyists purposely misinterpret the Second Amendment. It then use statistics and studies to make a convincing argument for gun control. The Southern Poverty Law Center is one of the nation’s foremost legal groups fighting against racism, hate crimes, and hate groups. A Lawyer’s Journey was written by the founder of the SPLC. He describes his journey from son of a tenant farmer to selling his successful law practice, joining the civil right movement, and founding the SPLC.

The Liberal Tradition in America 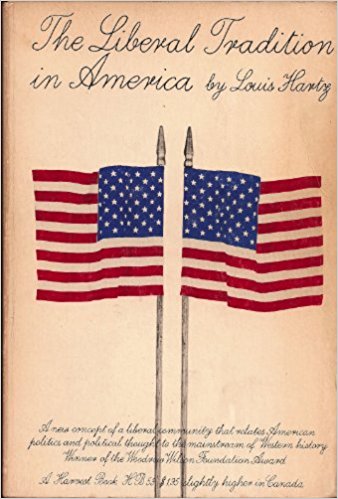 Published in 1956, Louis Hartz’s The Liberal Tradition in America provides readers with a solid basis of liberalism. Hertz argues that all Americans are thoroughly liberal at heart simply for believing in reasoned debate, placing our faith in the electoral system of government, and emphasizing equality and freedom in our legislation.

Listen, Liberal — or — What Ever Happened to the Party of the People? If you’re still scratching your head over the 2016 election, then Thomas Frank’s Listen Liberal is one to read and re-read. Frank, a bestselling political writer, offers a tough-but-honest criticism over the modern day Liberal movement. He studies the failures it has made in recent years, and the strategies it can use to reassert itself as the “Party of the People.”

The Little Blue Book: The Essential Guide to Thinking and Talking Democratic 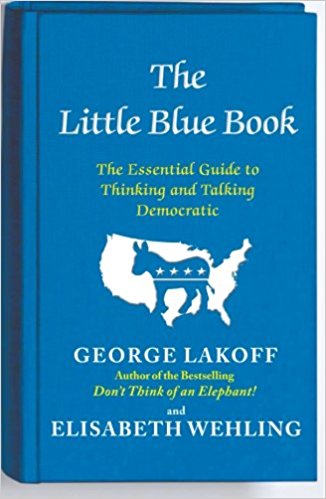 The Little Blue Book might be on the smaller side, but it’s packed full of the most important issues Democrats care about. Lakoff dissects common Republican arguments. He then shows liberals how they can make solid, logical arguments that stay faithful to their moral values. 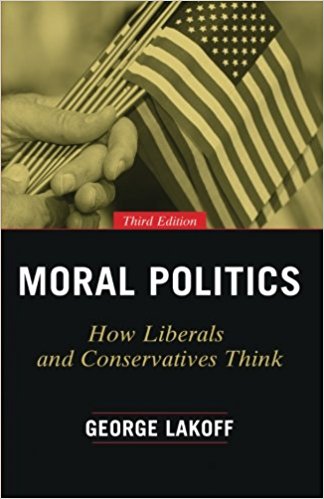 George Lakoff’s Moral Politics completely altered the way we think and talk about political matters. Conservatives and liberals have long disagreed over conceptions of morality. Lakoff’s bestseller, which has been updated to include recent events, seems to be even more relevant today than ever. Most fascinating is the explanation as to how humans form their moral “hardwiring.” He looks at why rejection of facts that don’t fit our worldview is immediate. He explains how both parties can become more aware of this phenomenon in order to progress.

Nickel and Dimed: On (Not) Getting by in America 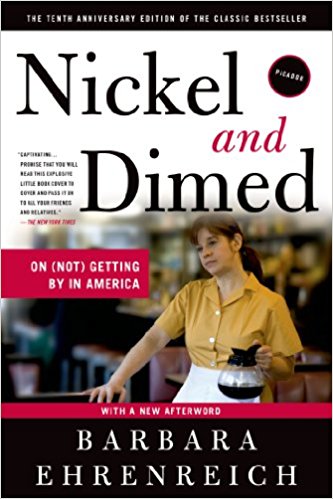 The United States is often painted as the land of prosperity. Sociologist Barbara Ehrenreich disagrees.  She boldly describes in her bestseller Nickel and Dimed, the millions of Americans who work full-time year round, and yet struggle financially. She paints a terrifying image of what it’s like to be poor in America. It’s an image that every young Democrat needs to see.

Notorious RBG: The Life and Times of Ruth Bader Ginsburg 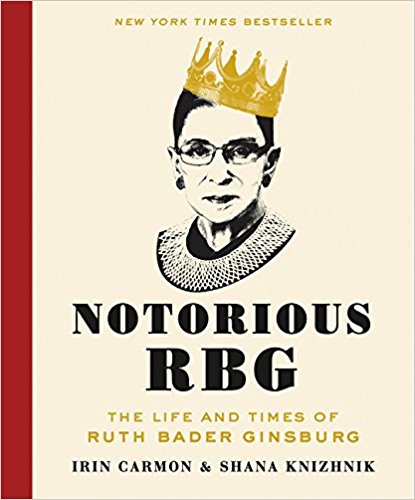 Though it’s meant to be humorous, the takeaway from this must-read book remains the same. Ruth Bader-Ginsburg is one of the most important figures in American history. The book uses lighthearted humor to relay the gravity of RBG’s incredibly accomplished and influential life and career. This is the second of two books by Paul Krugman to make our list of the books every young Democrat should own. Peddling Prosperity is a helpful primer for those looking for basic explanations of economic concepts, terms, and principles.  Krugman’s book mainly serves as a solid introduction to economics. However, the Nobel Prize winning journalist also includes a number of examples to explain why conservatives’ favorite economic ideas have failed.

A People’s History of the United States Howard Zinn’s A People’s History of the United States has become a modern-day classic, and is a must-own for every young Democrat. It remains the only book to tell the story of America from the perspective of its minorities. These include women, factory workers, Native Americans, and African Americans who helped build the country.

Politics of Rich and Poor: Wealth and the American Electorate in the Reagan Aftermath 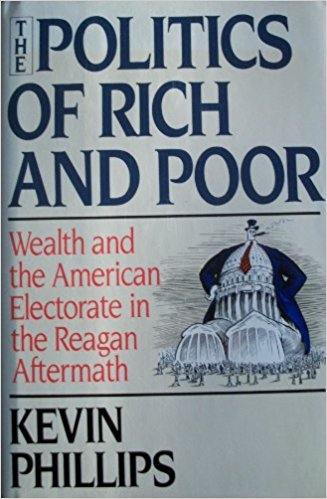 A liberal classic, Kevin Phillips’s Politics of Rich and Poor was the first to declare that the “rich are getting richer, and the poor poorer.” Upon its initial release in 1990, this book was widely criticized by Conservatives, who argued that it incited class warfare. Over the last three decades, however, Phillips’s book has come to be considered a must read. Its arguments are accepted by economists from all political aisles.

The Power Game: How Washington Work In The Power Game, Hedrick Smith describes a Washington D.C. that operates as a power game. Who has power, and more importantly, who gives the perception of power. Smith, a longtime journalist, summarizes the evolution of Washington, D.C. and American politics from Kennedy to Reagan. He illustrates just how much of the story was incited by different power exertions.

Supercapitalism: The Transformation of Business, Democracy, and Everyday Life 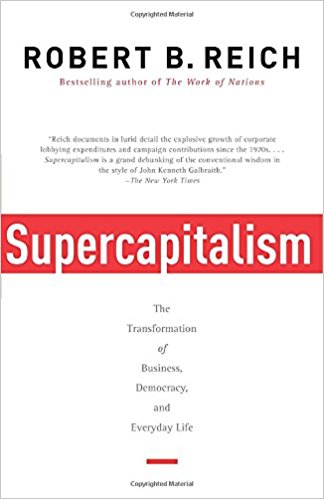 Robert B. Reich is one of the foremost writers of liberal political thought, and his books are often recommended to young Democrats. In Supercapitalism, Reich discusses the recent history of income inequality. He shows how the disparate rise of wealth has led to a greater separation between business and government. Reich discusses how this inequality, plus the corporate lobbying that often accompanies it, is incredibly damaging to American workers and the middle class.

This Changes Everything: Capitalism vs. The Climate 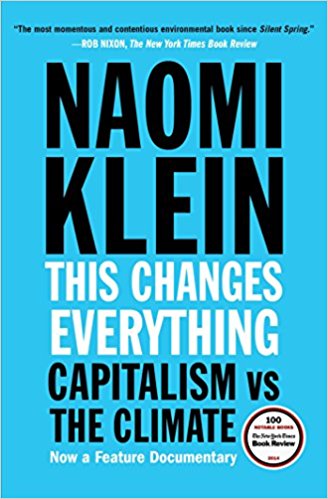 In This Changes Everything, bestselling author Naomi Klein argues that global warming is less about carbon and more about capitalism. Fortunately, says Klein, this means that the crisis of climate change can be used to transform our failed economic system into something better and more successful. 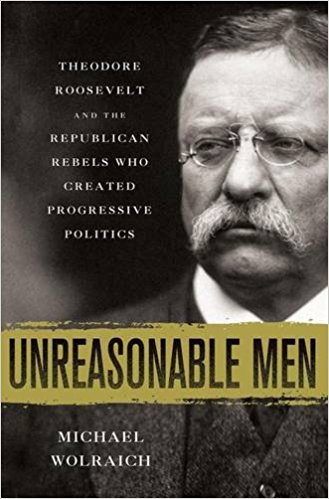 To understand today’s progressive politics, you must go back to the beginning. That beginning happens to be with President Teddy Roosevelt. Michael Wolraich’s historical bestseller takes readers back to the turn of the 20th century, when the Republican Party experienced an internal civil war. Wolraich follows figures like Roosevelt as they fought against contemporary Republican thought and formed a new political movement they called “progressivism.”

The Way We Never Were Throughout this fascinating book, author Stephanie Coontz destroys myth after myth surrounding the American family. Beginning with the 1950s, Coontz argues that the average American family was far less self-reliant than is often thought. Most families hardly resembled the Cleavers, the 1950s poster family. She culminates her arguments with the ultimate declaration that poverty has proven the basic cause of familial disintegration.

We Are the Change We Seek: The Speeches of Barack Obama 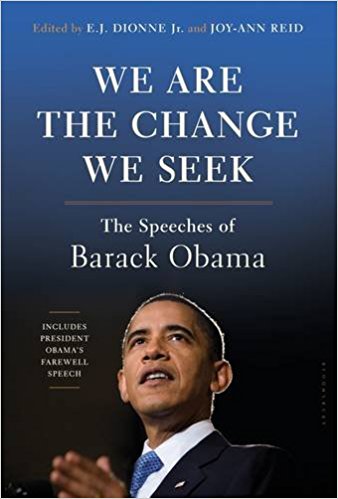 The eight-year tenure of Barack Obama changed the course of Progressivism in America. Thanks to this book edited by E.J. Dionne, Jr. and Joy-Ann Reid, young Democrats can re-experience 44’s most inspiring, thought-shaping, and influential speeches.

What It Means to Be a Democrat George S. McGovern, a long-time leading voice of liberal politics, is the author of this must-read book. What It Means to Be a Democrat is a call-to-arms that reminds liberals of their most basic ideologies. McGovern aims to restore confidence to those whose vision for a democratic future has become hazy.

Why We’re Liberals: A Handbook for Post-Bush America In Why We’re Liberals, media critic Eric Alterman declares that most Americans are essentially liberal. He then provides a thorough selection of common liberal arguments to help the reader combat common conservative arguments.