What’s the Best Degree Path to Becoming an Actor?

Contents
Degree Options for Aspiring Actors
Beyond the Degree: Training for Actors
Other Important Qualities for Actors
Earnings for Actors: How much do actors make?
Job Outlook for Actors
Work Environment of an Actor 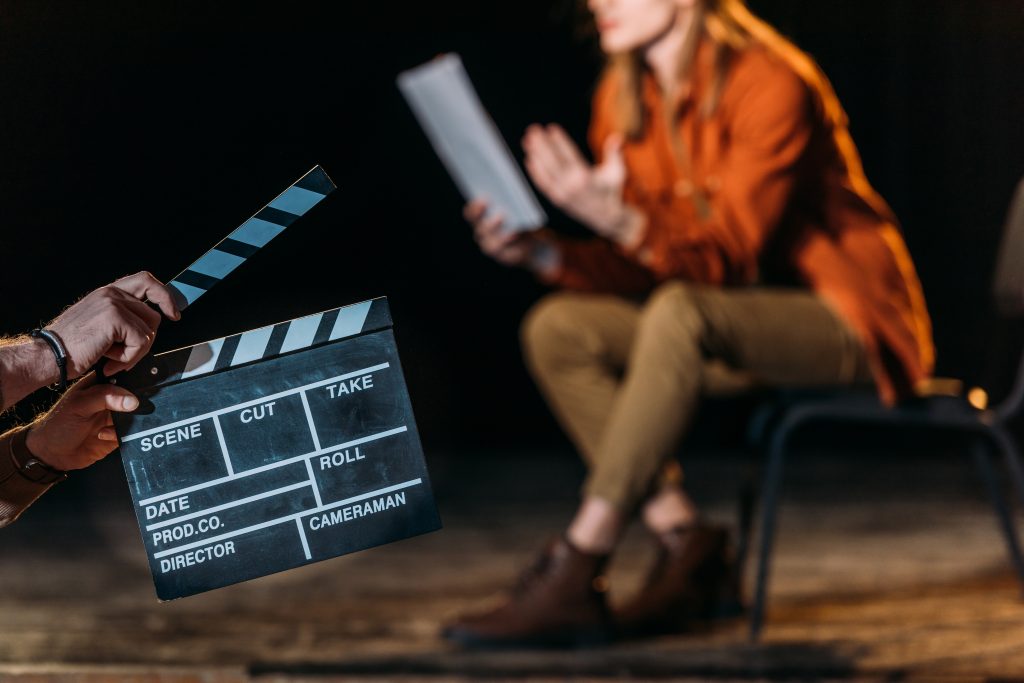 In the world of entertainment, actors play an important role. A successful acting career requires a mix of:

To help minimize the significance luck has, aspiring actors can pursue this unique career path in an informed manner. This article is a starting point for those interested in the world of professional acting. It provides useful information for work in different media, such as the:

The first step in pursuing an acting career is to get educated. There is no single, clear-cut path to success in this profession, so schooling may also vary. In high school, aspiring actors dip their toes into the acting world by taking theater classes or joining high-school musical productions and plays. Drama classes can serve as an introduction to the different methods of acting. These classes can also introduce you to:

High-school drama classes and clubs enable you to:

High-school drama classes and programs also give you the experience needed to enroll in a college or university drama or theater program. Or you can head off to the world of professional acting. For aspiring actors not pursuing a college education, roles with local theaters or small playhouses are good options. A local venue limits risk but gives aspiring actors experience with auditions or work behind the scenes.

While a college education isn’t required for actors, bachelor’s degree programs provide you with formal training and access to auditions. In a bachelor’s in acting or theater program, you take college classes that prepare you for professional work. These classes may include the following topics:

In addition to the above list of possible courses offered in acting programs, some students enroll in dance and music courses. You may also major in:

You can and earn a minor in another area of arts, such as:

Four-year degree programs in acting include the bachelor’s in acting (Bachelor of Arts degree) and the BFA (Bachelor of Fine Arts). Both degrees traditionally take four years to complete. 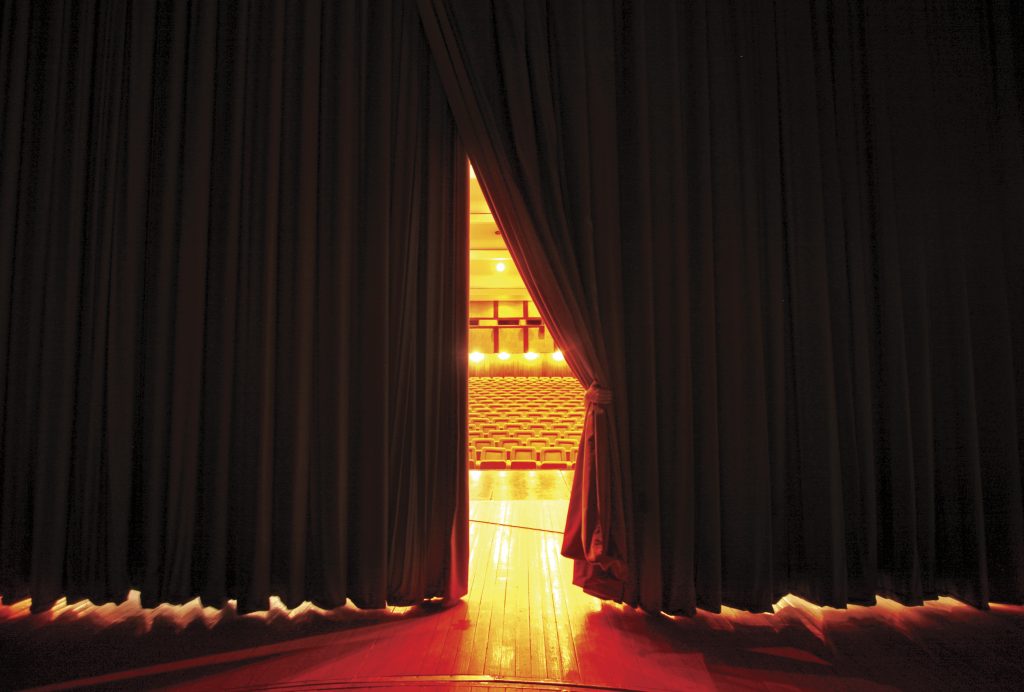 Beyond the Degree: Training for Actors

As mentioned, a college degree isn’t necessary to become an actor. However, actors who do not have a bachelor’s degree in acting or theater may take acting or film classes to help them learn the craft. Local community colleges, private film schools, and acting conservatories often offer courses designed for aspiring actors. Depending on your location, some theater companies offer ongoing education programs designed for both beginners and advanced-level performers.

In the acting profession, practice makes perfect. It’s also important to remember that even a college degree doesn’t guarantee a successful acting career. The profession requires a great deal of experience in the acting world. This means:

Aspiring actors must constantly work and stretch their creative muscles to hone their craft. They must network by:

In addition to auditions and networking opportunities, you must build your acting portfolio. Experts warn that education is not enough for an acting career. Portfolios, headshots, and acting reels are an absolute must-have if you’re pursuing acting roles. Also, actors must prove themselves with acting roles, awards, and other experience to secure talent-agent representation. You need a talent agent to secure larger roles, you gain more exposure.

It is important to remember that the acting business is not for the faint of heart. The job is a business, and the business is hard work. But, with patience, perseverance, and preparation, you can mitigate the risk and find a place for yourself in this unique profession.

Other Important Qualities for Actors 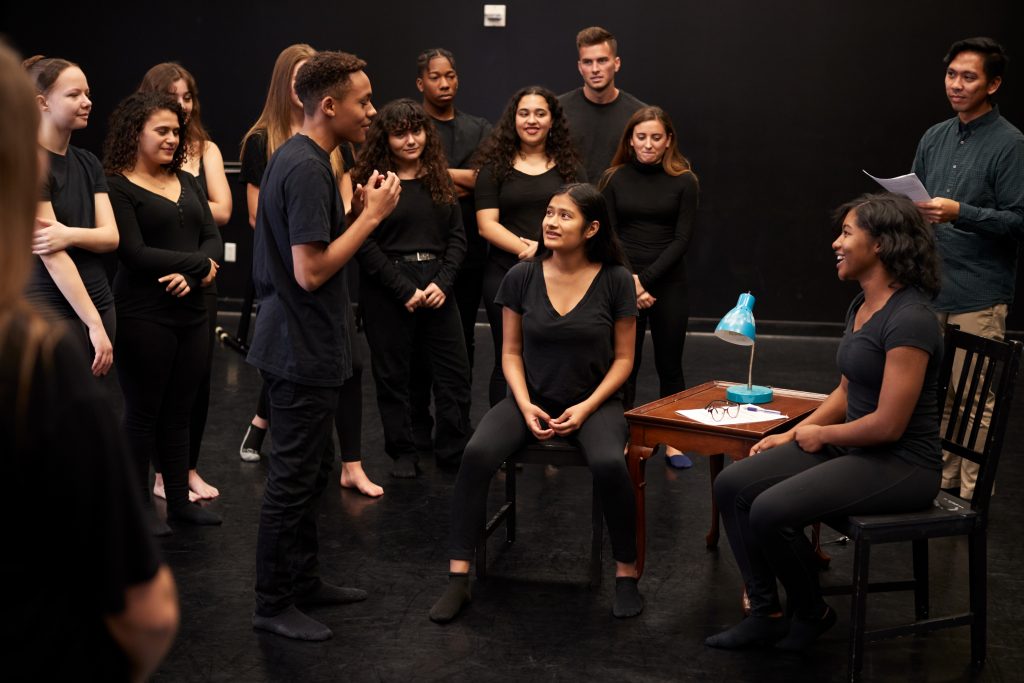 Earnings for Actors: How much do actors make?

Pay varies considerably among actors. According to the Bureau of Labor Statistics (BLS), the median hourly wage for actors is $21.88. The highest 10 percent of actors earn more than $64.00 per hour, while the lowest 10 percent earn less than $11.00 per hour. These numbers do not account for high-paid celebrities in box office hits. These earnings include actors working in some of the top industries for this occupation, including the following:

Colleges, universities, and professional schools remain the top-paying industry for actors. Actors working in higher education earn median hourly wages of $22.73, a slightly higher wage than the overall average for this occupation.

The second-highest-paying industry for actors is professional, scientific, and technical services. In this industry, actors earn a median hourly wage of $20.60, just under the overall average earnings for all actors.

Theater companies and dinner theaters, according to BLS, are the third-highest-paying industry for actors. Actors working in this industry earn an average hourly wage of $18.61.

The highest concentration of actors is found in California. According to the Occupational Employment and Wage Statistics published by the BLS, states with the highest employment level of actors include:

Georgia and Louisiana also rank in the top five states for highest employment levels of actors. However, California, as one might expect, shows the highest concentration of actors. In California, there are approximately 17,130 employed actors. This number does not include self-employed workers, which could account for an even larger number of workers in this occupation.

In New York, the hourly mean wage for actors is $47.79, which is over $25.00 per hour more than the average wage for all workers in this occupation. North Carolina also shows a high hourly wage for actors at $43.53 per hour. Georgia, California, and Colorado also offer higher-than-average earnings for actors.

Now is an ideal time to pursue acting. As film, theater, and production companies recover from the COVID-19 recession, the demand for actors is rising. In fact, the Bureau of Labor Statistics projects a 32 percent growth in employment for actors over the next 10 years. The average growth for all occupations is just eight percent. Employment growth for actors is four times the average.

During the COVID-19 pandemic, production companies and theaters stopped performances and shut their doors. Recovery efforts are now in full swing. As a result, actors and performers are being hired to help these establishments resume their operations. According to BLS, about 8,200 job openings for actors are expected each year. This number will continue each year for the next decade.

Other factors that should impact growth include the need to replace workers who retire from the industry or transfer to different occupations. However, the biggest factor affecting employment growth is the increasing demand for streaming services and online platforms that showcase:

As the volume of content increases, the demand for actors will also rise.

While larger establishments have survived the COVID-19 pandemic, many small and mid-sized theaters have faced challenges. As a result, performances in small theaters have declined. Growth is much slower for smaller, local venues, which has impacted the hiring of actors. However, larger establishments with stable funding sources have maintained their hiring efforts. Larger theaters with well-known plays and musicals are thriving, and as a result, they are hiring more actors. 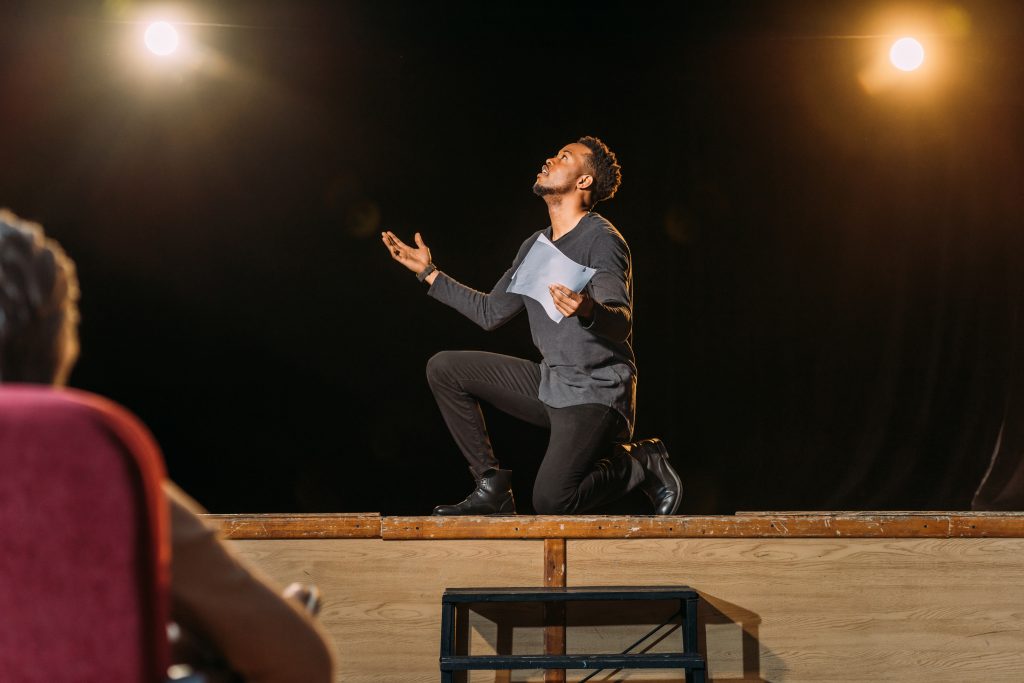 Work Environment of an Actor

The BLS reports that actors held 51,600 jobs last year. Of this number, 24 percent were self-employed workers. A large portion of actors work for themselves. Theater companies and dinner theaters employ about eight percent of all actors, according to BLS. The remaining jobs are held by actors working in:

Working conditions vary by acting role. Actors may perform in poor conditions, such as under hot stage lights or in inclement weather. Actors may wear heavy makeup and uncomfortable costumes for hours each day. They may work at night for extensive hours. It’s not uncommon for actors to put in long hours around the clock. In fact, some scenes may call for night shots where an actor must work throughout the night. If the shot is long or if challenges surface, actors may be called back on multiple nights.

Work assignments may be short or long. Some assignments may last only one day, while others last several months. This work schedule can be stressful, as actors are constantly in search of the next role to make a living. Actors may take on multiple jobs to make ends meet due to the long stretches of time between acting gigs. However, actors who tour with companies may find steady employment for years at a time.

As stated above, the work hours for actors are often irregular. Early mornings, nights, weekends, and holidays are common work times for actors. Few actors work full time. In fact, most work part time throughout the year. Those working for theater companies work more steady hours. However, they often travel extensively as they tour across the country. Actors working in film and television may also travel to work on location.

This concludes our article on what’s the best degree path to becoming an actor.