What Is the Best Degree Path for Becoming a Bus Driver? 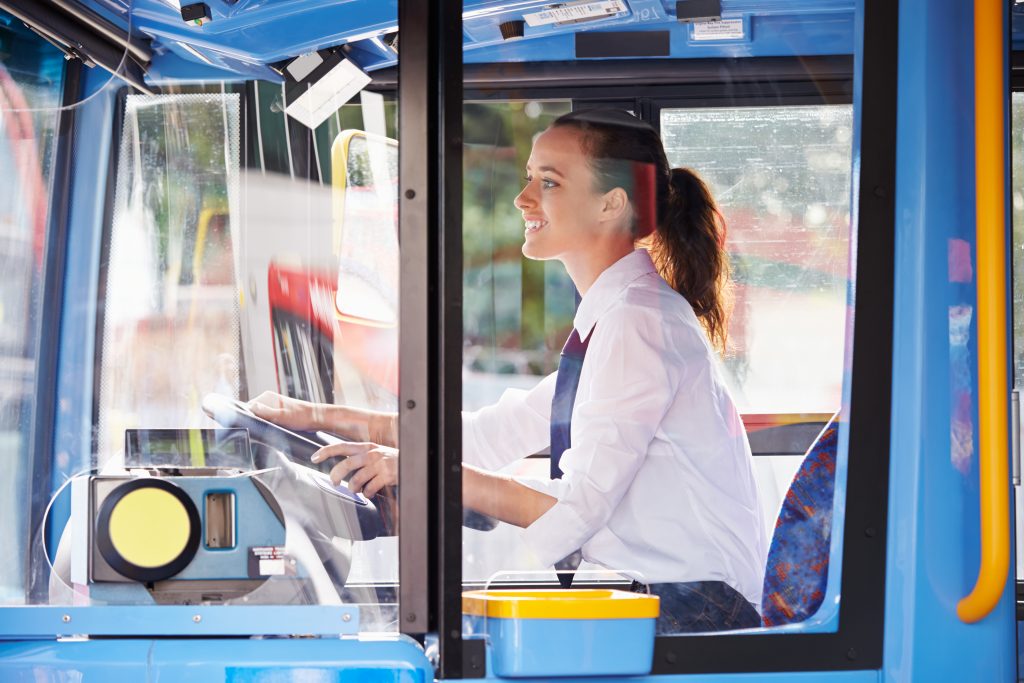 Bus drivers are in high demand. Hiring bonuses and salary hikes for passenger vehicle drivers have risen due to shortages following the COVID-19 recession. Cities and schools need bus drivers. In fact, the demand for this occupation has resulted in a 25% employment growth over the next ten years. If you’re considering this career path, now is an ideal time to get informed on how to become a bus driver.

How Do You Become a Bus Driver?

Training, in lieu of a bus driver degree, takes approximately one to three months. Bus drivers typically undergo on-the-job training and learn as they work alongside a more experienced driver. Part of the initial training period consists of practicing various driving maneuvers in a bus and on a driving course. After completing the initial training, bus drivers begin driving in light traffic. Eventually, they make practice runs on the type of route that they will be expected to drive.

What Degree Does a Bus Driver Need?

There is no degree for bus driver jobs. In fact, bus drivers typically need only a high school diploma or its equivalent. However, training is essential. Aspiring bus drivers must undergo one to three months of training and satisfy evaluation requirements to operate a bus alone on a regularly scheduled route.

What Does It Take to Be a Bus Driver?

While there is no bus driver schooling, several other requirements to operate a passenger vehicle are necessary.

Education
As explained above, there’s no required degree to become a bus driver. You need a high school diploma or its equivalent, but no college degree. However, training is required. And in some cases, licensing, certifications, and registration are required as part of the job. Also, drivers should have clean driving records with no excessive speeding tickets.

Licensing Requirements
Bus drivers must be licensed with the appropriate licensing. This includes a commercial driver’s license or CDL. Qualifications for a CDL vary by state, but generally require both knowledge and driving tests. Depending on what kind of bus driver, endorsements may be earned. Endorsements reflect the ability of the driver to operate a certain type of vehicle. 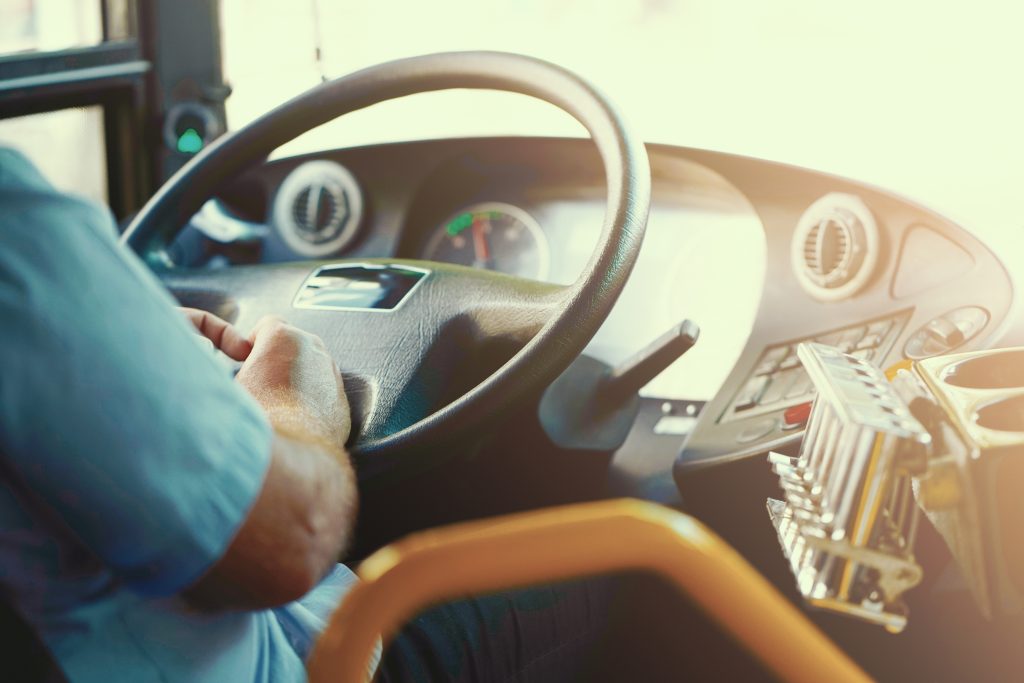 Training
In your efforts to research how to become a bus driver, it’s important to know what training is required. For bus drivers, a short training of one to three months is necessary to go to work. During this time, you’ll drive with a more experienced bus driver. The driver will offer tips, suggestions, and perform an evaluation.

Other Important Qualities
While you don’t need a bus driver college degree to land a job, there are important qualities a driver should have to operate a passenger vehicle. These qualities include:

How Long Does It Take to Become a Bus Driver?

Bus driver training typically takes one to three months to complete. To qualify for a bus driver position, applicants must have a high school diploma or its equivalent. But with a high school diploma, plan to spend a short time learning on the job. Some employers offer shorter training periods for candidates who already hold a commercial driver’s license (CDL).

How to Become a Bus Driver Without a Degree

Since no degree for bus driver positions is required, eligibility comes from obtaining a high school diploma and adequate training. As stated above, there are three requirements for becoming a bus driver:

But once these requirements are satisfied, including the one to three months of training and evaluation by a more experienced bus driver, you’ll be well on your way working in this occupation. 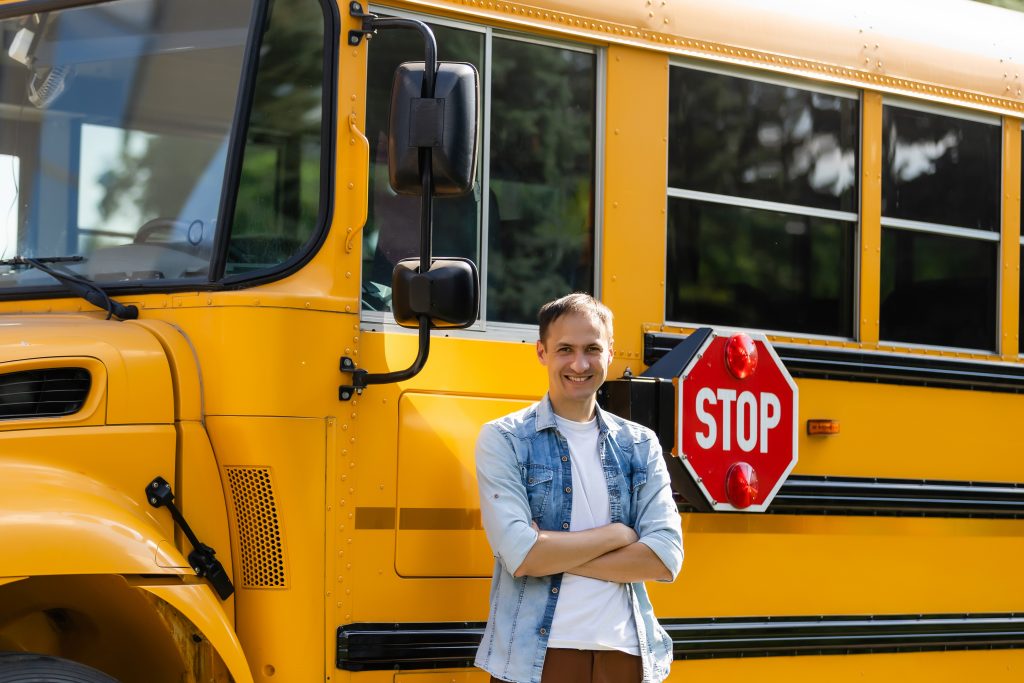 Certifications or Licenses for Becoming a Bus Driver

Since April 1992, commercial driver’s licenses (CDLs) have been required to operate most of the larger vehicles seen on the road. All bus drivers must have a CDL. In some states, new bus drivers may earn their CDL during their training period. While qualifications for the CDL vary by state, most include passing both knowledge and driving tests. If an applicant does not have clean license, or their CDL was suspended in another state, another state can refuse to issue a new CDL.

There are several steps to qualifying to get a CDL license. These qualifications include:

Most bus drivers must undergo a background check before they are hired. Interstate bus drivers must also pass a physical examination every two years and submit to random drug and alcohol testing, according to federal regulations. If a bus driver is convicted of a felony involving the use of a motor vehicle or driving under the influence of alcohol or drugs, the CDL may be suspended. Also, bus drivers who receive tickets for excessive speeding or reckless driving may also be at risk for losing their CDL.

How Much Money Does a Bus Driver Make?

Certain factors impact earnings for this occupation. These include:

Certain states also offer higher than average earnings for bus drivers. This means that after you’ve completed your education for bus driver jobs and are ready to embark on your career, you might consider working in the following states.

There are also top paying metropolitan areas for bus drivers, transit and intercity. The top five paying metro areas include: 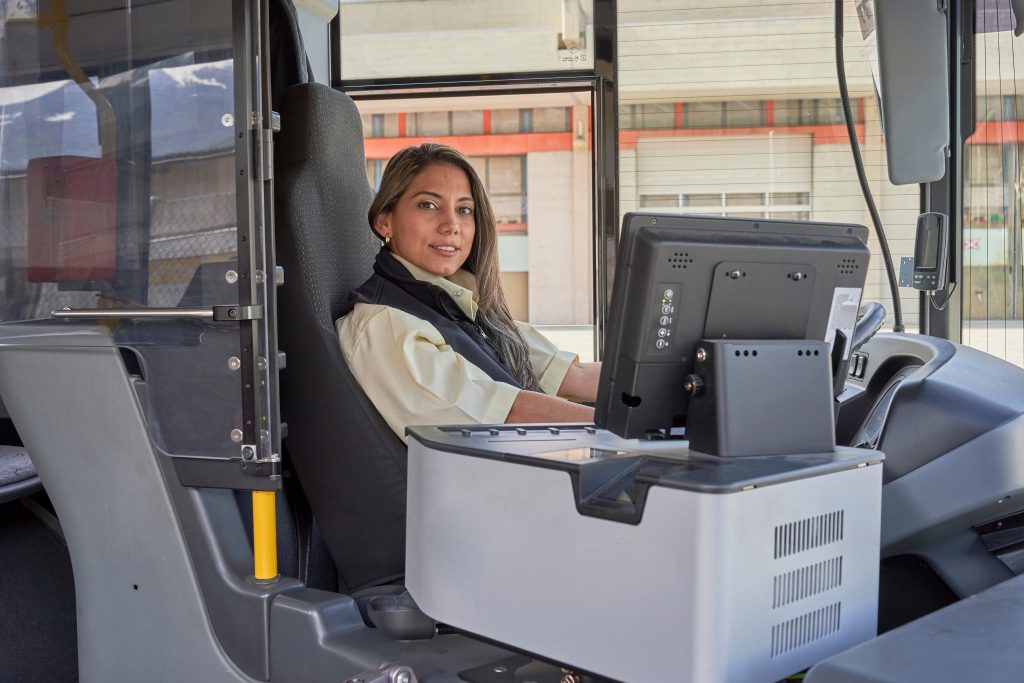 What is the Job Outlook for Bus Drivers?

According to the BLS, approximately 134,800 openings for bus and passenger vehicle drivers are anticipated each year over the next decade. Most of these openings are expected to result from the growing need to replace workers who exit the labor force through retirement or transferring to a different occupation. However, other reasons are also impacting growth.

Recovery efforts from the COVID-19 recession that began in 2020 and are expected to continue over the next several years have led to the employment growth for bus drivers. Due to risks of exposure to the virus, many bus drivers have retired early or found work in another occupation. As a result, school district, transit, and intercity bus drivers are in high demand.

What is the Work Environment Like for Bus Drivers?

According to the BLS, transit and intercity bus drivers held approximately 165,200 jobs last year. The largest employers of bus drivers include:

Various aspects of the job as a bus driver can be challenging. Bus drivers face:

Some bus drivers may have to lift heavy luggage, bicycles, or packages. To carry out these tasks, bus drivers must take care of their physical self. They must practice safe lifting to prevent strain or injury. Both transit and intercity bus drivers experience one of the highest rates of injuries and illnesses of all occupations. Most of these injuries result from traffic accidents, but some result from the lifting requirements of the job.

This concludes our article on what is the best degree path for becoming a bus driver.