What Does a Historian Do? 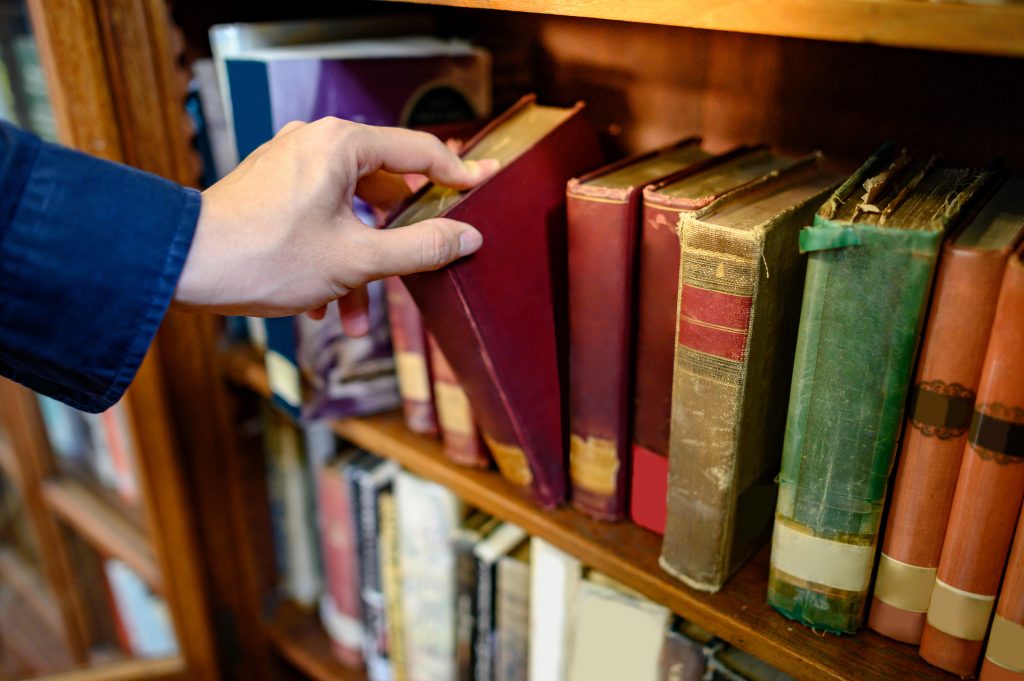 If you’re a history buff, not knowing exactly what a historian does could be the only thing holding you back from pursuing your passion in college. The United States Bureau of Labor Statistics (BLS) classifies historian as an occupation in the social sciences. Essentially, a historian analyzes, interprets, and researches the past through the study of historical documents. While historians are foreword thinkers, they spend most of their time studying the past.

The Work of a Historian

Part of what a historian does is collect information about historical events from:

Then they analyze the data. There are many kinds of artifacts that may interest historians, ranging from government records of the past to photographs and films or old letters, diaries, and newspaper clippings.

Historians search for factors that can confirm the authenticity of historical documents, as well as data that is meaningful to understanding  history. The main purpose of historical research is to expand public knowledge of past cultures and events. A historian’s findings are conveyed through written articles, reports, and books.

What do historians do with their research? That depends on their role. Some historians use what they have learned to educate the public through:

They may work at historic sites or in museums, preserving historical artifacts in environments that allow the public to learn from these documents. Sometimes historians use their research and interpretations of data to help government entities, nonprofit organizations, and businesses make important decisions about policy issues and strategic planning.

Life as a Professional Historian

A surprising number of students want to pursue the role of a historian. Due to the number of jobs available versus the number of individuals graduating from history programs, many history degree earners have trouble finding work in their field. There are only about 3,500 historians working in the United States, according to the Bureau of Labor Statistics. While the federal bureau expects jobs for historians to grow, it’s only by a slow margin.

What this means for aspiring historians is that job will competitive. Earning an advanced degree such as a master’s degree or Ph.D. can improve your job prospects. Hands-on work experience through internships and volunteer work in fundraising, collections and exhibit designs, also improve job prospects. History majors who will have the best job opportunities are those willing to fill history-related roles that don’t necessarily include “historian” in the job title. These include jobs like:

Most historians in the United States work for the government. Others seek employment in museums and libraries. For those working in government, historian work might include research projects that provide information on specific events or groups from the past. Historical researchers often write about history of:

Examples are space odysseys and military operations. One example of a historian working in a research capacity is one that documents the people and events associated with Operation Desert Storm. 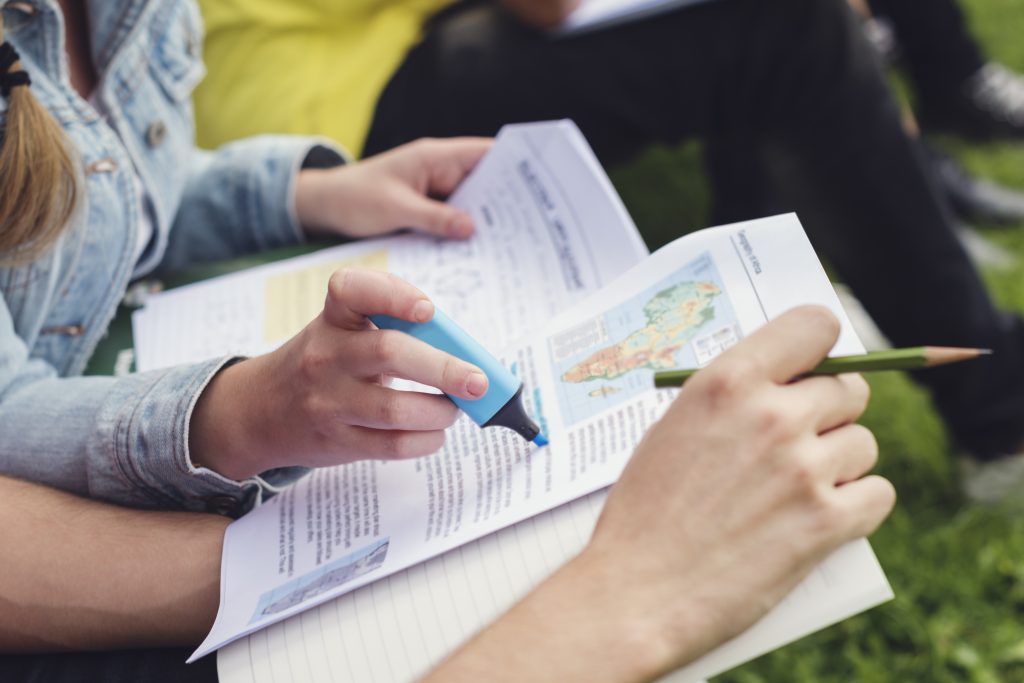 A strong background in history is a given for historians working in historical associations. They may work as:

In these roles, historians preserve artifacts and provide detailed information about the historical significance of these:

Examples of subject matter often researched and explored include:

A historian collects and examines data from the past – in all of its various forms – so that society can learn valuable lessons that might impact the future.

Most historian positions require a graduate degree, such as a master’s or doctorate. While candidates with a bachelor’s degree in history may qualify for entry-level positions, traditional historian jobs require a minimum of a master’s degree. For research positions, especially those with the federal government or jobs in academia, a Ph.D. is required. In addition to coursework taught in graduate history programs, an internship is often required by many employers. History internships offer opportunities for students to learn practical skills needed for work as a historian. These skills include creating exhibits and preserving artifacts. Internships also offer opportunities for students to apply what they learn in the classroom in a hands-on setting.

Competition is fierce for historian jobs, due to the limited number of available openings. Earning a master’s degree from an accredited college or university is essential.

The Work Environment of a Historian

According to BLS, historians hold approximately 3,500 jobs. This occupation is found in:

Some historians work as consultants for government and private organizations. Others are hired by consulting firms. BLS lists the largest employers for historians as the following:

Historians work full time and during regular business hours. Those working independently may set their own schedules. Historians who work in archives, libraries, and museums typically work when the organization or facility is open to the public. Often, these facilities are open in the evenings and on weekends. Some historians, particularly those working with consulting firms or government, may travel to collect artifacts. Some historians conduct interviews, lead tours, or visit other facilities to better understand the culture and environment where an artifact originated.

Qualities Needed for Work as a Historian

In addition to the proper education, internships, and work experience, possessing certain qualities make your career as a historian a successful one. Below are several important qualities to have if you are considering a job as a historian. Effective Communication Skills
A historian must be able to communicate effectively through written documents and presentations. Historians:

All of these tasks require communication skills in some capacity. Being able to communicate clearly and concisely helps historians get their message across. Also, since most historical societies and organizations rely heavily on fundraising, historians must be able to connect with the public. In many cases, presentations are delivered at social engagements and special events.

Foreign Language Skills
Some historians may need to be called upon to review primary source materials that are not in English. Having knowledge and skills in another language can prove to be beneficial in the role of a historian. Historians may have to visit other countries to meet with experts and scholars. They may need to analyze languages in letters or archived materials. They may need to communicate with colleagues who do not speak English. The most common languages studied among aspiring historians include Arabic, Chinese, French, and Spanish, among others.

Research Skills
Historians are researchers by nature. They are inquisitive problem-solvers. In order to work successfully as a historian, one must possess solid research abilities and skills. Historians must be able to analyze and synthesize information gathered through research. They must assess historical resources, such as artifacts, documents, and images for authenticity and other measures. Historians must be able to process their findings and provide context for write-ups and presentations.

Historians must also be able to analyze and decipher information about the past. For example, a historian may be called upon to identify how a certain event from the past affected the present. Problem-solving skills and abilities help historians succeed in their findings.

Strong Analytical Skills
The role of a historian requires strong analytical skills, as this job requires the ability to examine various types of historical resources. Historians locate and examine resources. They must also draw logical conclusions based on their findings. Having strong analytical skills helps historians succeed in delivering concrete information to the public.

Other Important Information for Aspiring Historians

Earnings Potential
The Bureau of Labor Statistics (BLS) reports the median annual wage for historians is $63,100. The lowest paid 10% of historians see a median wage of just under $30,000 annually, while the highest paid 10% earns more than $116,000.

The second highest paying industry for historians is professional, scientific, and technical services. In this industry, historians earn a median annual wage of $66,750.

In state government this occupation offers a median annual wage of $51,540. State government jobs exclude those in education and hospitals for the consideration of this average.

Also, the highest paying nonmetropolitan area for historians is Southwest New York. However, the average pay is nearly half the national average for this occupation. 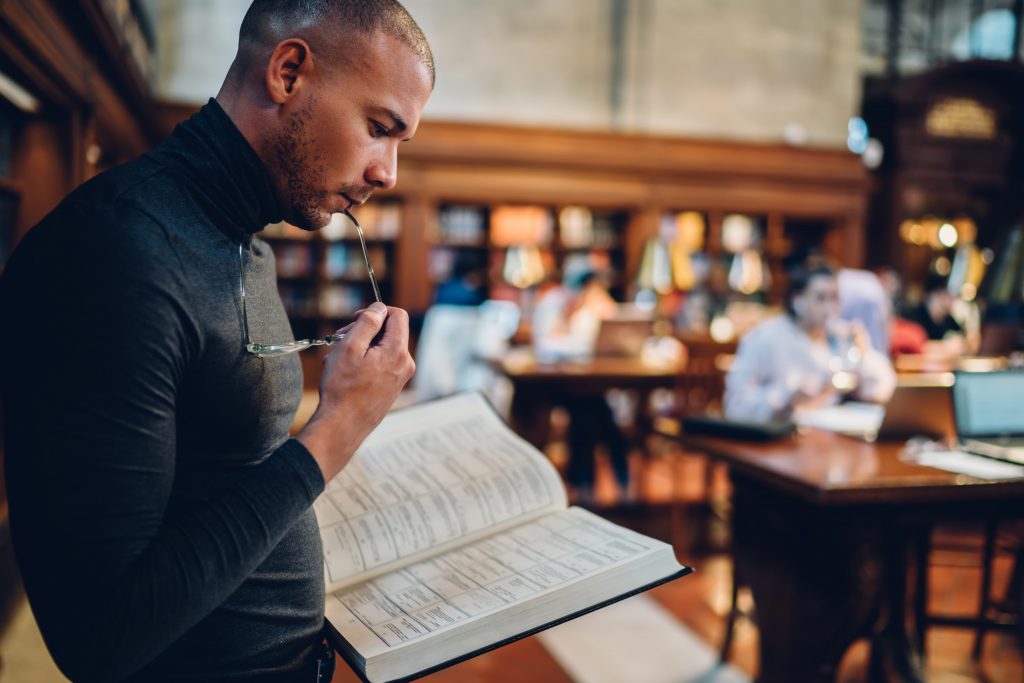 Job Outlook
According to the Bureau of Labor Statistics (BLS), employment of historians is expected to grow 3% through 2029, which is about as fast as the average for all occupations. With the limited number of job openings, historians will face very strong competition for most jobs. Also, due to the popularity of undergraduate history programs at accredited colleges and universities, the number of applicants exceeds the number of positions available. However, individuals with a master’s degree in history, or a Ph.D., should see the best job prospects.

These specialized areas of study can help recent graduates gain a position with a local museum or historical society. Jobseekers may also gain experience through volunteer work when job openings are limited.

Graduates can apply these skills to various occupations. Becoming a historian is not the only pathway for a history degree. In fact, many with degrees in history pursue careers in:

This concludes our article on what does a historian do.