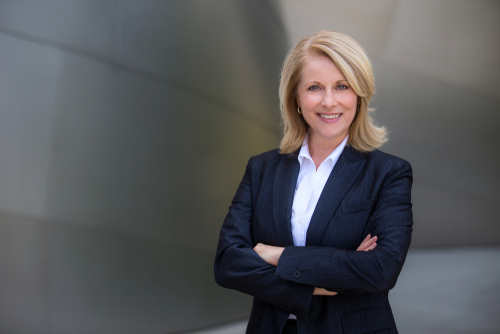 Do you need a degree to be a CEO? A great deal of education and experience may be necessary to become a successful CEO. To determine the best degree route, one has to decide on the industry in which one wants to become a Chief Executive Officer (CEO). A Master’s in Business Administration (MBA) that builds on studies earned during a bachelor’s degree program will open the doors to people interested in a career as a CEO, particularly in large corporations. However, an MBA is not the only degree path to this career.

Bachelor’s degrees that are typically prerequisites for an MBA can be earned in accounting, business, management, economics, or finance. Some engineers and other majors have successfully crossed the threshold to an MBA program but must still complete required courses in finance, economics, statistics, and accounting. Public sector CEOs occasionally have a degree in business administration, public administration, or law and extensive experience in their occupations. In the world of academia, CEOs are often referred to as college presidents or superintendents. Their advanced degrees are usually at the doctorate level and in the field of education administration or a specific academic discipline. The same applies to healthcare CEOs, who often need an MD or similar healthcare-related degree. No matter the industry, it is common for degrees also have finance, statistics, and accounting courses related to the specific industry.

What Exactly is a CEO?

The term “CEO” conjures up images of powerful executive leaders like Amazon’s Jeff Bezos and Tesla’s Elon Musk, but in reality, heads of corporate behemoths like the aforementioned companies are just a small representation of the thousands of CEOs that lead their organizations.

CEOs may operate, own, and run companies of all shapes and sizes, from firms with just a handful of employees to those with thousands scattered across the globe. CEOs can be in charge of the small janitorial firm down the block or a Fortune 500 company such as Walmart, Home Depot, or Berkshire Hathaway. According to the Bureau of Labor Statistics, the majority of CEOs are self-employed small business owners. This is often met with surprise given the media portrayal of the archetypal CEO ruling over a large firm with thousands of employees. Besides, these types of managers may not have the title of CEO. Alternative job titles for the top executive include president, owner, founder, principal, and managing partner. 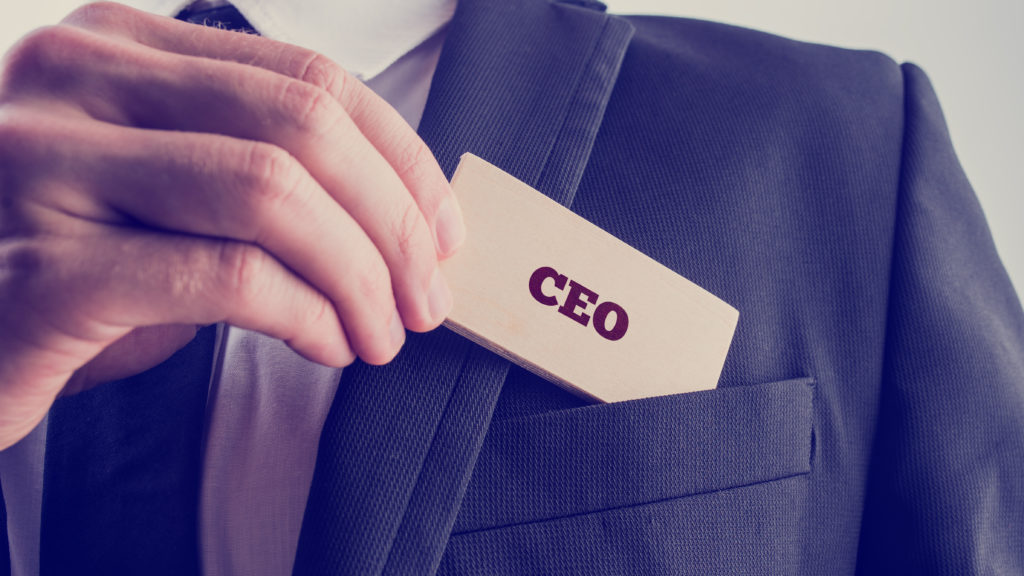 What Are The Top Executive Duties?

CEOs can have other titles, depending on the company. Chief Financial Officer (CFO), Chief Operating Officer (COO), and Executive Vice President (EVP) are only three more titles of the many that are used by businesses for their top executives.

CEOs and other top executives typically aren’t mired in the day-to-day operations of the company, unless they are in a small business operation. For those running medium and large firms, it’s not about the quantity of the work; it’s about completing the work at the highest level of the organization. They’re keenly aware of what’s going on at all levels of the organization, but spend a lot of time performing big picture strategizing by developing and implementing the vision they’ve established. This is particularly true for medium and large firms with many employees. CEOs of small organizations do more day-to-day work, as is common for small business owners. In addition, they are responsible for the long-term vision and strategic direction of the organization.

Duties of a top executive include:

–Overseeing an organization’s finances and preparing budgets
–Problem solving
–Evaluating performance of staff
–Analyzing operations to evaluate the performance of a company or its staff in meeting objectives or to determine areas of potential cost reduction, program improvement, or policy change
–Negotiating labor and personnel contracts and contracts with suppliers
–Preparing and reviewing reports
–Appointing and supervising the department heads or managers
–Developing a brand and marketing strategy designed to increase awareness and market share

While many CEOs engage in these types of activities, their duties largely depend on the size and type of organization. Small business owners tend to focus on quality control and day-to-day activities whereas medium and large organizational CEOs focus more on organizational policies and planning strategies.

A strong educational foundation for these and other duties must be attained. Courses in addition to those related to finance must consist of laws & regulations, customer service, communications – including technological tools proficiency, human resources, and national security operations.
By starting an education early and building a strong background of experiences that highlight the strengths an individual has to offer an organization, he or she can accomplish the goal to direct a company’s future as its CEO.

I Have the Education, Now What?

Often, a CEO has been promoted within his or her organization to become the top executive. Other CEOs have been recruited from or have sought open positions from different companies. The American Management Association (AMA) is a resource for interested CEO candidates to research available positions and requirements. In one of the AMA’s posted white papers, author Bruce L. Katcher, Ph.D. lists “25 Ways to Stay Employed.” Most of his ways to stay employed focus on remaining current and up-to-date with new philosophies and technologies. Courses toward an advanced degree will keep you in the loop of new trends and technologies for increased job performance.

Professional associations and networking are must-haves to stay ahead of the curve in our rapidly changing business world. Developing social capital through networking is critical – especially within specific industries that are very tight-knit. Moreover, a potential path to becoming a CEO must be one that shows a track record of success with the ability to facilitate and maintain the growth of an organization. Organizational leadership academics James Kouzes and Barry Posner posit that credibility is the most important quality for leaders to possess, according to their research. This means that an effective CEO must garner trust and belief from those they are expected to lead.

While the news is filled with stories of exorbitant seven- and eight-figure CEO salaries and bonuses, the reality is the average CEO earns an annual wage of $184,460, according to 2019 data collected from the Bureau of Labor Statistics. There are certainly those who earn the massive million-dollar wages, but many CEOs earn far smaller, though still attractive salaries. When looking further at the data, the highest 10 percent of top executives earn at least $208,000, compared to the lowest 10 percent that earn a median wage of $62,290. While this data provides excellent insight, CEO pay varies substantially. For example, a CEO of a major corporation will earn significantly more than the mayor of a small town. 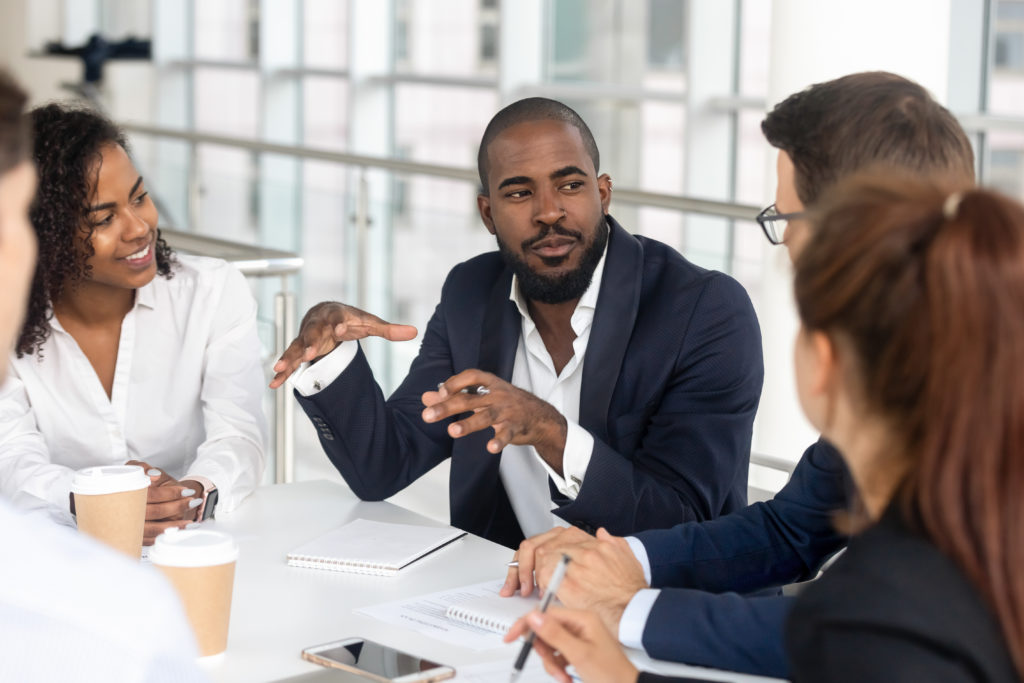 According to the Bureau of Labor Statistics, employment growth for top executives is expected to rise by 4% during the 10-year period of 2019-2029. A closer look at the data shows a 10% decline in CEO openings during that time, as the trend of business consolidation continues and smaller firms are subsumed into larger organizations. The dearth of openings doesn’t mean your CEO aspirations should end. There are approximately 290,000 chief executives in the United States, and those are just the ones tracked by the BLS.

Looking at regional and city data, California and Florida have the highest number of CEOs of all other states. With 30,150 and 22,030 CEOs respectively, the two states far outpace third-place Tennessee (9,450). As business activity continues to be concentrated in larger metropolitan areas, the numbers show that Los Angeles, Chicago, and Washington, D.C. are the three cities with the most CEOs. Other top metro areas include Boston, San Francisco, and New York.

Some top executive positions require licensures such as a CPA, Series 7, and other industry designations. Other popular certifications include Six Sigma, which is related to efficiency and project management in organizations. Individuals can obtain varying levels including Yellow Belt, Green Belt, and Black Belt. Popular training programs for business executives are offered by the American Management Association, National Management Association, and Financial Executives International.

Important Qualities of a CEO

In addition to formal qualifications like postsecondary education and work experience, CEOs should possess an array of personal characteristics in order to be effective on the job. These qualities include:

Communication
The success of a CEO is often predicated on his or her ability to effectively communicate in both small and large groups, as well as over a variety of computer-mediated communication channels. When communication is clear and consistent, everyone is on the same page and working together as a team. Without it, organizational silos can develop, with factions breaking off and creating unhealthy territoriality, low morale, and misinformation.

Decision-making
Effective CEOs should have the ability to make tough decisions. Ultimately, they have the final word on important decisions. Conversely, strong organizational leaders should know when to listen and rely on the team they have around them and when to consider input from his or her trusted advisors.

Delegating
The best CEOs know that no one can do it all. CEOs should know how to effectively delegate work responsibilities to their subordinates and then empower them and trust them to do the job right. Quality CEOs know how to staff their weaknesses and fill in their skill gaps and blind spots with those who are strong where the leader is not.

Leadership
The success of any organization rises and falls on the ability of the CEO to lead by providing guidance for the overall direction of the organization, whether in good times or bad. Quality leaders should be analytical and empathetic. A firm is only as good as its employees and vice versa. Effective CEOs know to put the firm first, but not at the expense of the well-being of the individuals that complete the work. Effective CEOs are those that have willing followers that feel empowered and able to do the work.

Networking
Strong CEOs know how to network effectively for the benefit of the organization. Whether it’s acquiring talent or establishing partnerships, CEOs should focus on making strong relationships, both inside and outside of their industries. This builds goodwill, trust, and a strong reputation. A great CEO knows how important networking is.

Strategizing
Strategizing involves building a long-term plan to reach your desired endpoint or destination. Effective CEOs and executives should set  specific goals and objectives that facilitate the journey to the desired point. Some of the most important strategies include focusing on differentiating the product or service, focusing on the market, and staffing the organization with strong leaders. An organization without a strategy is one that is destined to fail miserably. 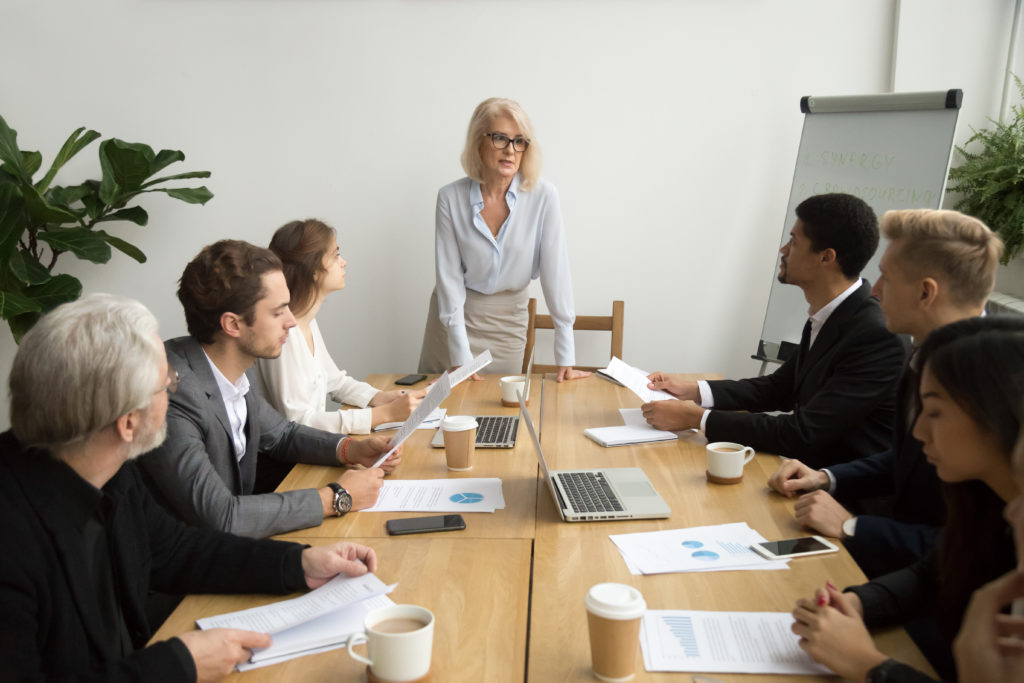 Work Environment of a CEO

CEOs work across all types of organizations and sectors of the economy. With nearly 300,000 CEOs employed in 2019, the work environment varies greatly. According to BLS, the highest number of CEOs are self-employed business owners, making up 24% of the total number. From there, the distribution of CEOs is roughly equal across industries. While the work environment varies, CEOs consistently work more than the standard 40 hours per week, including evenings and weekends. CEOs also travel frequently to attend meetings and conferences or to visit other offices and locations away from company headquarters.

Final Thoughts on the Best Degree for Becoming a CEO

No matter the size of the organization, the road to becoming a CEO is long and arduous and requires time, effort, and expertise. While CEOs work in all types and sizes of organizations, a firm grasp on foundational business concepts such as finance, accounting, marketing, and management gained through work experience and postsecondary education from a college or university is the norm. In addition, obtaining skills in leadership and communication will also strengthen an individual’s capacity to effectively run an organization and help them ascend the ranks to eventually capture the top position in the company.

This concludes our article on the best degree path to becoming a CEO.