The number of social movements across the U.S. has soared in the last decade. And college students are among the most active citizens in both on and off campus politics. These college protesters have gained national attention. Indeed, their movements shaped laws and changed history

But student protests on college campuses aren’t anything new. In the 1960s, student activists gathered to oppose the Vietnam War. They also advocated for civil rights and equality. Like today, students often led movements that caused change.

We researched new and old student activism and movements in the United States. Below is a list of the 20 most important college campus protests. 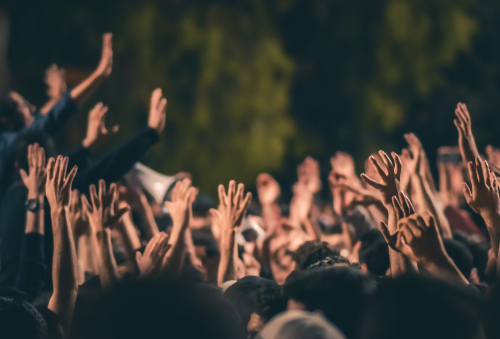 On February 13, 1969, around 75 Duke University students occupied the administration building. Many of the students were members of the Afro-American Society. They demanded the university meet the needs of Black college students, including a(n):

The demonstration was peaceful, but police used tear gas on the protestors. Later, officials deemed the college students guilty of violating university policies. But the university now meets the above demands.

Antiwar movements have long been part of U.S. history. But in recent days, they have increased in number. Here is one instance of the many college protests 2022 had to offer.

College students across the nation gathered to protest Russia’s invasion of Ukraine. One example of such a movement occurred at Stanford University. Here, 60 Stanford students, faculty members, and staff displayed their solidarity with Ukraine.

Their protest came a few hours after the initial invasion. It included student speakers, some of whom with family in Ukraine.

To end the demonstration, students sang the Ukrainian National Anthem. And some attendees draped Ukrainian flags over their shoulders.

Following the protest, students passed out flyers. They read, “Stop Putin. Stop War,” among other phrases.

University of California at Berkeley

In 1964, UC Berkeley students promoted the right to free speech and academic freedom. Across the globe, people recognized the Free Speech Movement (FSM) as a phenomenon.

The movement originated from the civil rights struggle. And later, it increased in popularity due to opposition to the Vietnam War.

In the wake of McCarthyism, student groups received reprimands for political activities. UC students disagreed with these regulations and decided to advocate for themselves. The movement widened as UC students demanded free speech.

The free speech movement lasted around 60 days. Over 700 arrests occurred when students occupied the administration buildings. But despite the arrests, administrators heard the students’ voices. Soon after the sit-in, UC hired a new chancellor of their Board of Regents. As his first official act, he granted the Free Speech Movement’s demands. 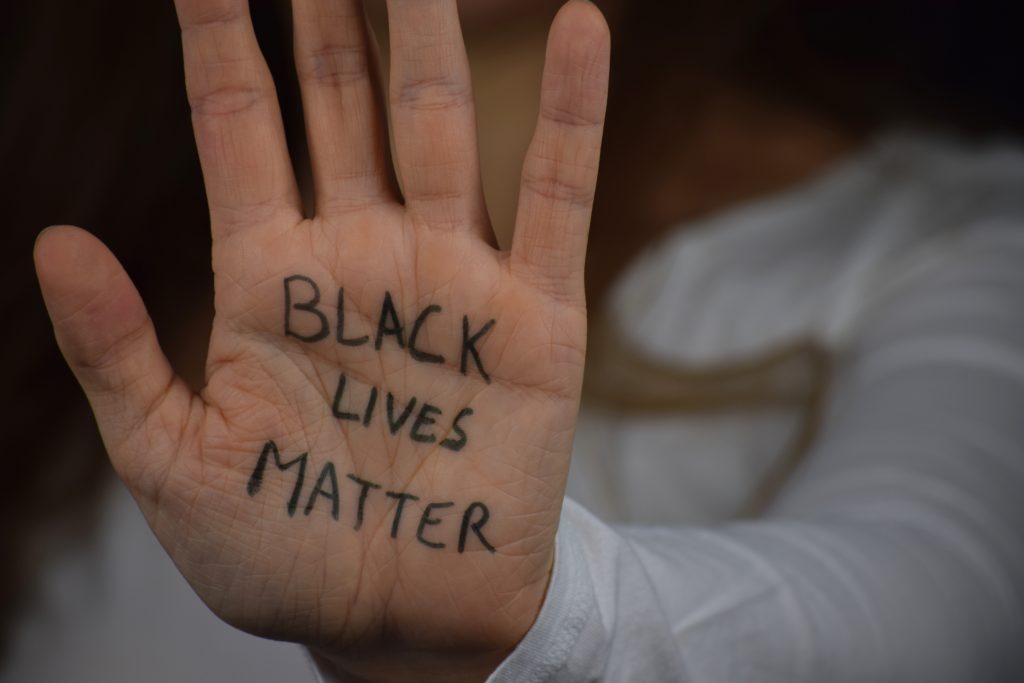 As part of the #BlackLivesMatter movement, student activists called for non-discrimination policies. In 2015, the University of Missouri experienced its own college protest. A group of students advocated for a more inclusive environment for people of color.

Concerned Student 1950 put forth a list of demands that secured racial equity on campus. It included the resignation of President Wolfe and more Black faculty/staff. They also demanded students have a say in choosing future college presidents and chancellors.

It was Brown’s death that ignited the Black Lives Matter movement. Annual campus protests and student activism continue at St. Louis and other college campuses across the U.S.

In April 1969, a group of Harvard students began a series of protests. These college students opposed the Vietnam War and Reserve Officers’ Training Corps (ROTC). One demonstration included the occupation of University Hall, the campus’s oldest academic building.

When they discovered the sit-in, university administrators brought in the police. They used tear gas and clubs to remove the demonstrators from school grounds.

Like it is with student movements today, college campus riots were uncommon. Peaceful campus protests are much more prevalent. But in this case, the police escalated the situation.

Also, most of the demonstrators were Harvard campus activists. And their forceful removal by the police sparked more student led protests and student led movements.

Around 1,000 students, faculty, and area residents rallied at Cornell. They named their demonstration the People’s Walkout. They wished to protest hate speech surrounding the United States’ 2016 presidential election.

But their rally was about more than criticizing then-President-Elect Donald Trump. Students wished to spread messages of solidarity. And they did so by dressing in black and marching through campus.

In April 1970, President Nixon announced the U.S. invasion of Cambodia on national TV. He expressed a need to draft 150,000 soldiers to expand the Vietnam War effort.

This announcement sparked student protests on many campuses, including Kent State. Protestors launched a demonstration that included setting fire to the ROTC building. In response, the Ohio governor sent 900 national guardsmen to campus.

During the protest, an altercation took place. 28 guardsmen opened fire on a crowd of college students. They killed four and wounded nine.

A grand jury later indicted eight of the guardsmen. But they dismissed the charges for an alleged lack of evidence. Regardless, this shooting is among the worst handlings of a campus demonstration.

College campuses and universities across the nation protested the inauguration of Donald Trump. The University of Texas was one such institution. In fact, it was among the first wave to hold anti-Trump parades and walk-outs.

After the inauguration, student activists held signs that read, “Love Trumps Hate.” They stood in solidarity against messages of hate. Similar campus protests occurred at other colleges such as:

Many other college campuses hosted anti-Trump protests, as well. 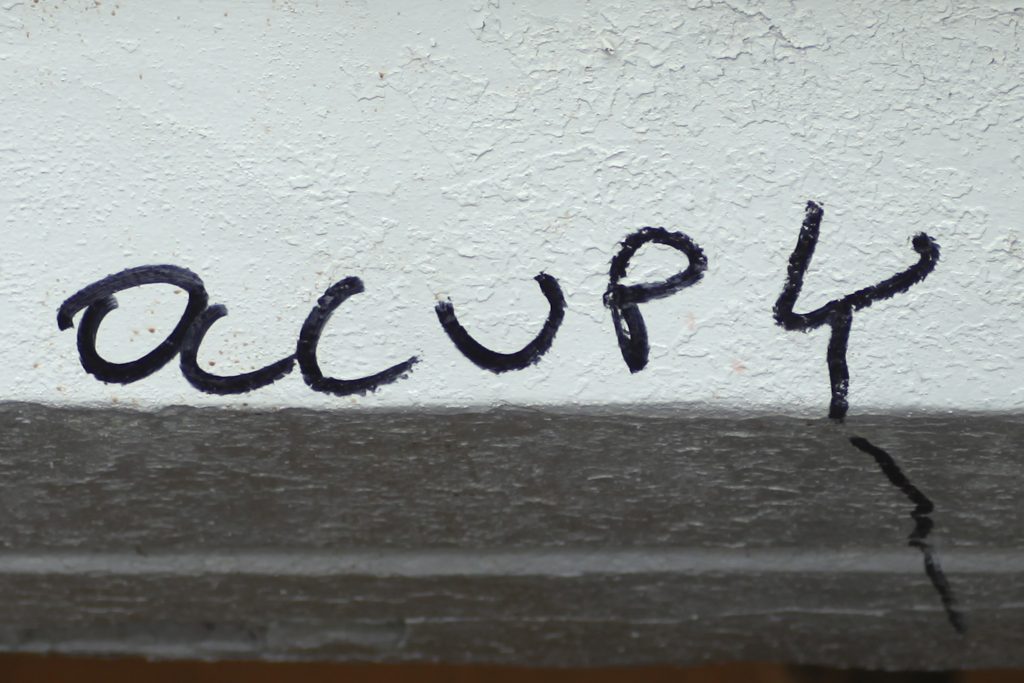 University of California at Davis

In 2011, the Occupy Wall Street movement took hold. And college students joined with their own protests.

Students at the University of California, Davis, demonstrated peaceful solidarity. But university officers told protestors to leave the area. When they didn’t, the police pepper sprayed the group who sat on the campus quad.

Video footage went viral, and photos became internet famous. The incident also angered many other students. It sparked protests on college campuses across the country. These demonstrations fought the use of pepper spray on students and campus activists.

Here is another example of recent college protests. On June 24, 2022, the Supreme Court overturned the 1973 ruling of Roe v. Wade. This destroyed federal protections for abortions. Across the nation, protests occurred.

One such protest took place on the Dartmouth campus. Around 100 people joined the demonstration. This included community members, faculty, state representatives, and students. Campus activists also spoke out against sexual violence.

In November of 2015, students protested Claremont McKenna’s insensitivity to diversity in higher education. The protest focused on Assistant Vice President and Dean of Students Mary Spellman. Students said Spellman had not provided a safe space to marginalized students.

Earlier, Spellman emailed a student describing diverse people as those who “don’t fit our CMC mold.” Spellman later apologized for her choice of words. But her statement angered students who’d advocated for greater diversity on campus.

In 2015, a series of protests occurred at the University of Missouri about:

The first protest happened in September at an event called Racism Lives Here. The students led many protests, hunger strikes, and a boycott of the football team. This resulted in the resignation of the school’s president.

Students said the university had been hostile toward people of color. They wished to prompt school administrators into action through protests.

Their demonstrations sparked students at other institutions to follow suit. Students across the nation stood against their respective campus injustices.

In 2016, 1,000 students at Syracuse and SUNY declared themselves “a sanctuary campus.” The protest gave a welcoming environment to people of color, the LGBTQ+ community, and more. The protests were in response to:

Organizers delivered speeches and marched across the quad. And around 80 other institutions in the U.S. took part in demonstrations of solidarity.

As a sophomore, Emma Sulkowicz accused a fellow Columbia student of rape. But the school turned their back on the sexual assault and neglected to expel the accused. So, Sulkowicz protested, carrying her mattress everywhere she went. 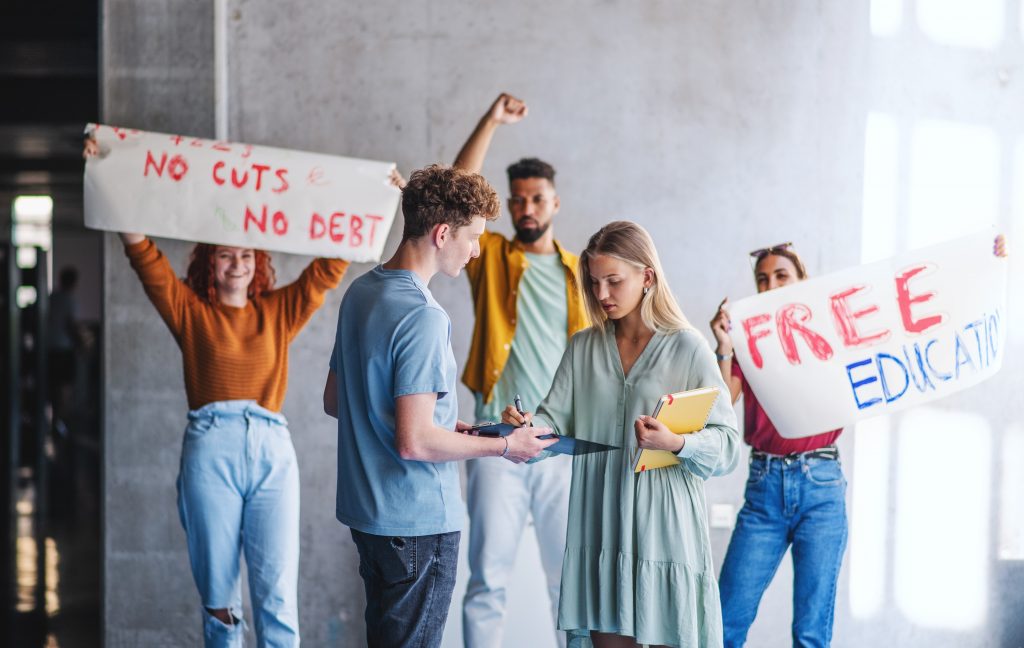 In 2013, NYU students formed a student debt protest in Washington Square Park. New York University is among the priciest institutions in the country. So, students called on NYU president John Sexton to address the accumulating debt.

Also, teach-in events made the school offer counseling services for students with debt. But little change followed the protest. New York University remains one of the most expensive institutions to attend. And students continue to graduate with significant debt.

In 2017, UW student Daniel Dropik attempted to form an alt-right group. In response, 70 protesters marched in the fight against white supremacy. They called their demonstration “Take Back Our Campus: Resist White Supremacy.”

During the march, students entered the Student Activities Center. They wished to speak with university chancellor Rebecca Blank about harmful university policies.

In the end, Chancellor Blank addressed the student activism group and noted their concerns. Later, she released a statement detailing new findings on Dropik’s past.

In March 1965, an anti-war demonstration occurred at the University of Michigan. Students started the demonstration to protest American intervention in Vietnam. The protest was a “teach-in,” a way to make a statement and educate students.

Teachers brought awareness of the Vietnam War to the classrooms. They held demonstrations after classes to avoid disruption. And they were crucial to the anti-war movement.

The teach-in at the University of Michigan was the first of its kind. It prompted many more teach-ins across the nation at other college campuses, including those at:

In 1968, the Third World Liberation Front (TWLF) rose as a coalition of ethnic groups on college campuses. The California-based group formed in response to higher education reform. The demonstration lasted from November 1968 to March 1969. It became the longest student strike in American history.

San Francisco State University led the strike for third-world access to higher education. The University of California, Berkeley, housed another establishment of the TWLF. And it became the second longest student strike in history.

The Yale Protest Against Racial Insensitivity

Now, let’s get to the last of our student activism examples.

In November 2015, Yale students protested racial insensitivity in higher education, but at the Ivy League institution itself. Hundreds of students marched after officials sent a letter that sparked controversy.

This letter urged students to avoid insensitive costumes. They listed examples of offensive costumes, such as those that include:

The controversy began when a lecturer objected to the call for sensitivity in higher education. She described the letter as promoting “censure and prohibition.” Students say her response sheds light on Yale’s colorblind culture and need for student activists and campus protests.

Top 20 Degrees for the Future

This concludes our list of the 20 most important student protests at colleges.