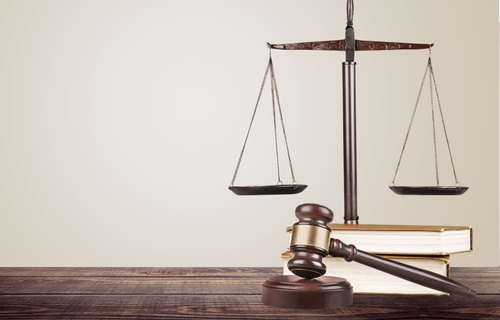 The field of law is one of the most diverse fields in the world. Law governs every aspect of life including but not limited to business, international relations, the many workings of government including taxes, crime, patents and many more; as such, students wishing to pursue a career in law are faced with many choices beginning at the undergraduate level as to what is the most appropriate field of study. The answer, like the field, is wide open. Many argue that it doesn’t matter what you study for your undergraduate degree, and it is true that your grades and score on the LSATs play a larger role in getting into law school than your specific area of undergraduate study. This can make selecting an undergraduate degree particularly difficult when the end goal is law school. Students are presented with a wide array of viable choices. What this means, though, is freedom. Students looking to pursue a career in law are free in their choice of undergraduate studies to choose the area of study they are most interested in, after all, students are most likely to be interested in practicing the type of law that covers the area of most interest to them. This article lists ten strong undergraduate degree choices for future lawyers in a variety of fields that all have benefits to those seeking a law degree. This article does not rank degree areas in any particular order, as it is more a matter of the student’s own interest, skill set, and focus that determines the quality of the degree than anything else. Without further ado, here are ten of the best areas of study for future lawyers.

This should be taken not just as history in general, but particularly the history of the country in which you plan to practice law. Specifically focusing on your country’s history allows you to understand the evolution of the government and the legal system by which it governs the country. In the United States of America, studying American History, for instance, will provide a student with insight into the development of the nation, the history of the legal system, landmark legal cases, and more.

The practice of law demands a strong understanding of history as many rulings are based on precedent rulings and it is important to understand the context of such rulings when presenting cases before a court. History and law are inextricably linked and this makes the study of history a very strong choice.

B.S. in Accounting and/or Finance

The benefits of this degree in regard to a student pursuing a career in law are pretty straightforward. For those interested in tax law and corporate law this is a very strong choice. The combination of a CPA and a law degree is very attractive for corporations which are constantly in need of people with an intimate understanding of the world of finance and tax law.

Accounting and finance also provides the individual with a strong alternative career option should one decide (which many do) that the legal field is not for them.

All law has its most basic roots in philosophy. Law is nothing more than a reflection of the philosophical values of the society by which it is created. As such, a thorough understanding of the historical development of philosophy and philosophical values is beneficial. The benefits do not stop there, however. Philosophy also trains students to think critically and solve problems with the study of formal logic. Formal logic is an integral part of reason and and by extension, argumentation and the art of rhetoric which philosophy covers as well. Ethics are the primary concern of law and one of the major fields of study in philosophy as well. A strong understanding of the historical ethical evolution of modern society is important to those studying law; those that study this in depth on the undergraduate level will have a distinct advantage in law school as they will already be familiar with the concepts. Every single area covered by philosophy is relevant to the practice of law and this makes a degree in philosophy a valuable asset when the time comes to delve into law school.

Political science offers an in depth understanding of government from its formulations to its implementation. As governments are the source of laws, this has wide applications to the field. Any lawyer will be working within the legal framework developed by the government of the nation in which they practice and an intimate understanding of the government and the philosophical values by which it governs is beneficial. Political science has long been regarded as one of the top areas of study for future lawyers for this reason and remains a strong choice for those looking to enter the profession.

Study of the primary language of the nation in which one is operating is invaluable to future lawyers. An intimate understanding of the language and strong written communication skills are essential as everything lawyers do is expressed in written form at some point in the process. Legal language, is itself different from common language in many ways and thus the study of linguistics will aid future lawyers in understanding the subtle differences that exist between the two.

A degree in liberal arts provides the student with the freedom to determine the most relevant areas of study for his or her self instead of being bound to a single course of study. When a student creates their own curriculum they can focus on picking and choosing the areas of study from other programs that are relevant to their future law career without being forced into taking classes that have less relevance to their future endeavours.

This level of customization is not available in any other sort of degree program making liberal arts a very strong choice for those self aware enough to know their own needs, strengths, and weaknesses. A liberal arts education provides the student with a well round understanding of society and how things work and most importantly, how to learn, which is an invaluable skill to have in law school.

The world of computer science, information technology, the internet and other computer related fields is expanding at a very high rate. Governments are scrambling to develop laws to deal with new technology that is so different, it can be difficult to fit into the old framework. This is an exciting and crucial time in computer law and both governments, businesses and private individuals find themselves conflicting in new ways every year.

Governments are struggling to develop laws governing cyber vandalism, network intrusion, bullying, piracy, identity theft and many other pressing issues. Areas of responsibility are being determined, distribution of powers governing the internet is happening. The government’s role is being formulated and lawyers with an in depth understanding of computer science are simultaneously more necessary than ever, and in short supply. Lawyers are needed on all sides of the conversation and an understanding of computer science is invaluable knowledge all too rare in the field making computer science a very strong choice for those interested in the field of law.

The field of patent law is burgeoning, and engineering majors that go into law find themselves in a better position than ever. With the rate of technological innovation at an all time high, lawyers with an understanding of engineering are at a premium.

An engineering degree also demonstrates to law schools that a student work through difficult, demanding classes and has an understanding of rigorous proof and strong problem solving skills. Between the appeal to law schools and the potential of the patent field, the combination of an engineering undergraduate and law degree is powerful and rare.