What Is the Best Degree Path for Becoming an FBI Agent? 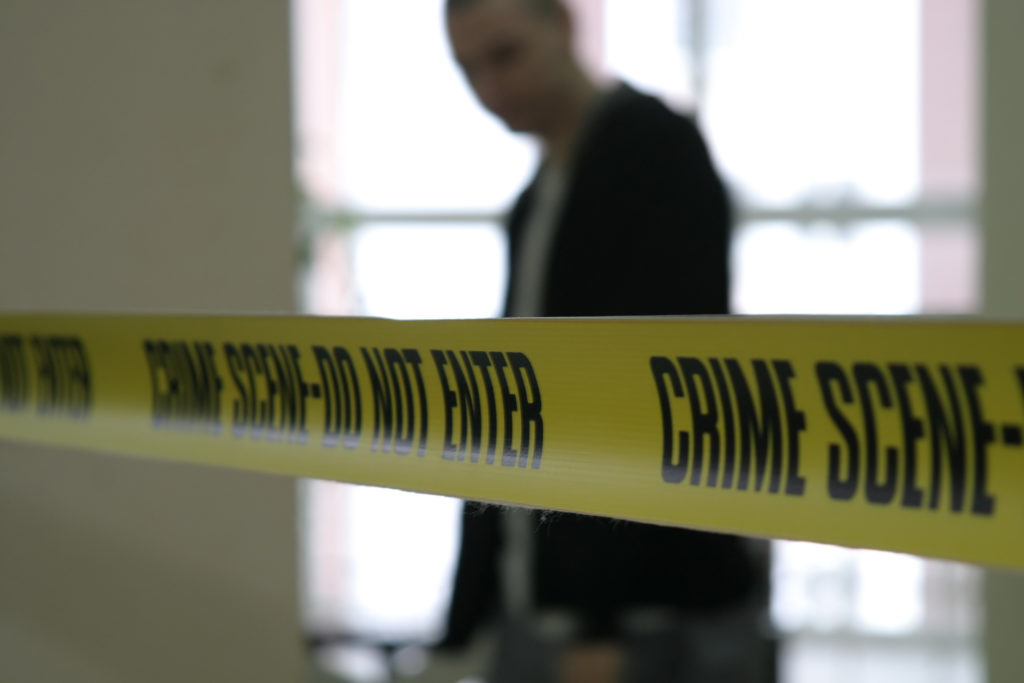 If you dream of an exciting job where you have the responsibility to defend your country from terrorism, then a career as a Federal Bureau of Investigation (FBI) agent could be right for you. These federal law enforcement professionals gather intelligence and investigate crimes to protect the national security of the United States of America. Each of the varied career opportunities with the FBI requires a college education and years of professional experience.

Attaining any position with the FBI requires a minimum of a bachelor’s degree and three years of work experience or a graduate degree and two years of experience, according to the official Federal Bureau of Investigation website. What degree you should pursue depends on what role you would like to fill in the agency. For example, FBI agents in cyber security typically have an education in computer science, information technology or systems, computer or cyber security, mathematics, or a discipline of engineering.

Candidates who become fluent in languages such as Arabic, Chinese, Korean, Russian, Vietnamese, and Spanish can seek positions as FBI linguists or foreign language professionals, who can serve as translators and interpreters. Aspiring FBI linguists should pursue a college degree in their intended foreign language.

Aspiring special agents can study a variety of majors. Some study criminal justice, corrections, military intelligence, or homeland security and gain experience working as police officers. Others approach the career from a business background, with a degree in accounting, finance, business administration, or economics. Still other candidates begin studying political science or international studies. Science degrees in subjects like chemistry, physics, and biology are also sought-after. Among the most preferred candidates for FBI jobs are those with law school degrees (Juris Doctorates or J.D.s) and accounting degrees (with a Certified Public Accountant, or CPA, license).

The job of an FBI agent is a demanding one. Having the right education and employment experience is essential for this competitive career, but there are plenty of other factors that could affect an aspiring FBI agent’s chances of getting his or her dream job. First, FBI agents must be legal citizens of the United States and must have lived in the U.S. for at least three of the last five years. They must also have a clean record, with no felony or domestic violence convictions and no failures to make any child support, student loan, or tax payments. Because the job requires agents to be in outstanding physical shape, they must also be able to pass a personal fitness test.

Though the competition for jobs with the FBI is fierce, there are a wealth of opportunities available to candidates with the right education, experience, physical fitness, and dedication. Whether the aspiring FBI agent is interested in computer security, foreign languages, forensic accounting, law, science, or criminal justice, he or she can choose from a wide range of degrees to prepare for this thrilling career. 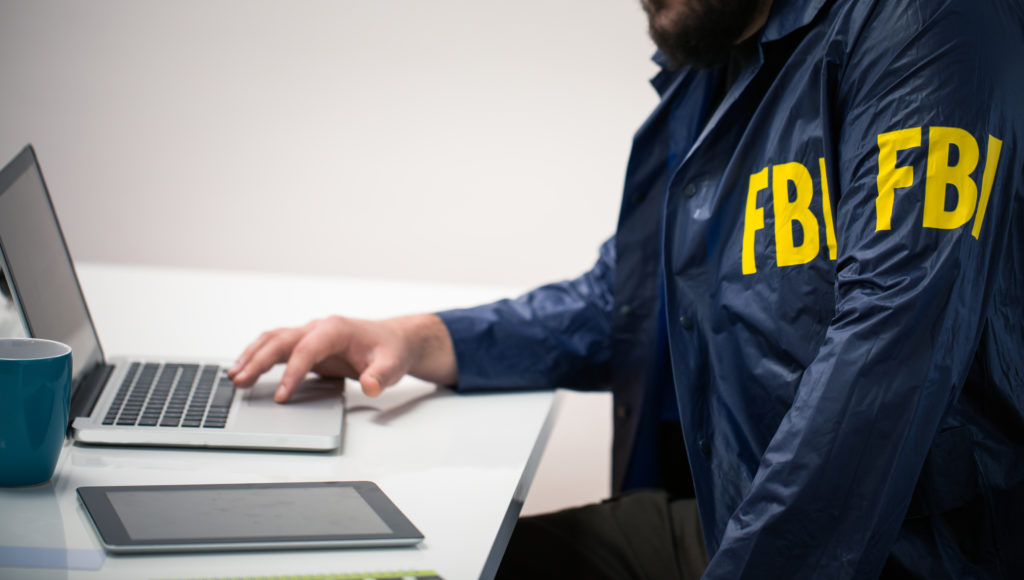 In law enforcement, promotions are generally offered after probationary periods have expired. This means that a certain amount of time must pass before an agent is eligible for promotion. Advancements are made according to scores on written examinations and on-the-job performance. Additional education may also be required for advancement. If you already hold a bachelor’s degree, consider a master’s degree. With the added education, you may become more eligible for advancement.

Special agents are the most well-known role in the FBI. They are talked about the most in media and shown often in film and television. Special agents investigate criminal acts and violations of federal law. Special agents usually work undercover. They gather evidence, interview suspects and witnesses, and monitor suspicious activity. Every day on the job presents a new and unique task. For example, some days are spent interviewing suspects, while others are spent testifying in court. The job requires a great deal of paperwork, as an agent is required to fill out forms, reports, and records pertaining to any particular case they are working. Special agents may specialize in different crime types, such as bank robbery and fraud, crimes involving the deprivation of rights, human trafficking crimes, illegal gaming and gambling, or terrorism (domestic and international).

The primary duties of a linguist are to use their linguistic and cultural knowledge and skills to identify suspicious communication and information. Their skills in foreign counterintelligence help solve crimes, including cases of cybercrime, hacking, and other offenses. New hires with the FBI are required to pass aptitude tests for a chosen language. Linguists often work domestically and internationally. The role of a surveillance investigator with the Bureau involves collaborating with clients and witnesses to substantiate evidence. Investigators collect information, research suspects, and document findings. They often trail suspects, tracking their activities. Their findings are designed to lead to an arrest. Surveillance investigators travel and work nontraditional hours. They may work at night as they follow a suspect lead. Activities may take place at unusual hours. Surveillance cameras may be used to take video footage of the suspect’s activities. Once information and data are acquired, the investigator analyzes their findings in an attempt to uncover critical details that will lead to an arrest. Since the job requires the use of photographic devices, surveillance investigators must be proficient in camera and video use. Training for the operation of these devices is required.

Salaries vary by agent level and experience. According to Pay Scale, a global salary service that compiles earnings data, the average base pay for FBI agents is approximately $78,000. This number is based on salaries from the FBI ranging from $45,784 to $130,282. Special agents earn an average of $48,000 to $109,000 per year. Salaries vary depending on the field office in which the agent is assigned.

Another factor impacting earnings potential is experience. An entry-level FBI agent with less than one year of work experience should expect an average compensation (including bonuses and overtime pay) of about $50,000 per year. Agents with up to four years of experience can expect an average total compensation (including bonuses and overtime) of about $65,000. According to Pay Scale, earnings after five years on the job don’t fluctuate much. In fact, data compiled from Pay Scale showed that an FBI agent with 10-19 years on the job earns an average salary of approximately $66,000 per year.

Empathy: Understanding the perspectives of different cultures and people allows agents to do a better job in serving the communities in which they work.

Leadership skills: As an FBI agent, one must lead teams and cases. Agents must be comfortable with being visible members of teams. Also, in some cases, agents may lead investigations that put them at the forefront in a community. They will be seen as leaders by the public. 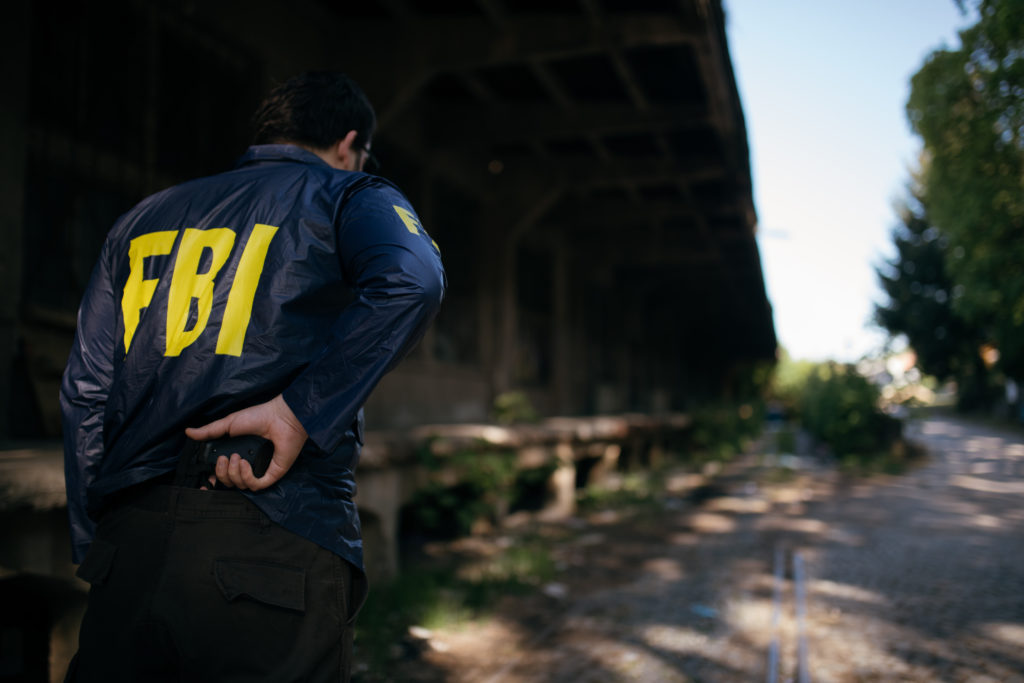 According to the Bureau of Labor Statistics (BLS), employment for police and detectives is projected to grow five percent over the next eight years, which is faster than the average for all occupations. The favorable job outlook is also true of FBI agents, as this occupation is included under the police and detective umbrella.

With an increased interest in public safety, the demand for FBI agents, police, and detectives may also increase. Even as crime rates fall in different regions, the demand for services that maintain public safety is expected to continue. Currently, about 59,000 openings for police and detectives are projected each year. This number is an average of what is anticipated over the next decade. Employment projections, according to BLS, include 1,300 new job openings for detectives and criminal investigators and 39,100 new openings for police and sheriff’s patrol officers over the next decade.

Since becoming an FBI agent is highly competitive, job applicants will need to set themselves apart to really succeed. Also, job applicants will face competition, due to relatively low turnover rates. Individuals with bachelor’s degrees and law enforcement or military backgrounds should see the best job prospects. Also, those with investigative experience and knowledge of a second or third language will see good job opportunities.

Summary of Steps to Becoming an FBI Agent

The FBI maintains a checklist of their general eligibility requirements. To become an FBI agent, one must first meet the criteria. The first step in pursuing a career as an FBI agent is to hold U.S. citizenship, be between the ages of 23 and 36 years old, and have a clean criminal record with no felony charges.

The next step toward becoming an FBI agent is to obtain a bachelor’s degree or higher from an accredited college or university. Often, FBI agents earn a degree in criminal justice, criminology, political science, or a closely related discipline. The Bureau does not specify majors or require certain disciplines for applicants.

The next step in becoming an FBI agent is to complete the selection process. Potential hires must submit to multiple rounds of interviewing and testing. During Phase I of the process, the Bureau will be testing an applicant’s logic-based reasoning, personality traits, and situational judgment. If you pass, you will move on to Phase II of the process. During Phase II testing, applicants will undergo an interview. Additional testing includes background investigation, drug tests, physical fitness tests, and a polygraph test.

The final step toward becoming an FBI agent, after all other steps are complete, is to undergo complete basic field training at the FBI Academy in Quantico, Virginia. Training lasts 20 weeks.

This concludes our article on the best degree path for becoming an FBI agent.