What Is the Best Degree Path for Becoming an Airline Pilot? 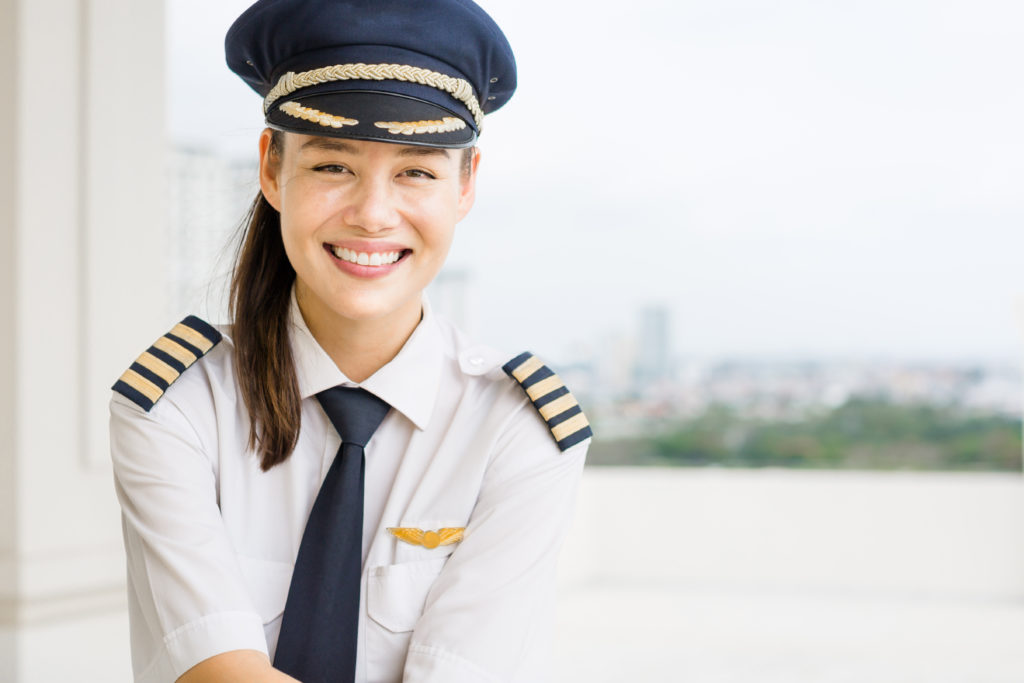 If you have always had a passion for aircraft, you’ve probably considered becoming a pilot. Airline pilots enjoy an exhilarating profession with a favorable job outlook and competitive salary. To start a career as an airline pilot, education and training are required. Below we’ve detailed the best degree path for becoming an airline pilot, along with pertinent information about the career. If you’re interested in flying aircraft, here is the path to take.

Aspiring airline pilots must graduate from an accredited college or university with a bachelor’s degree in a major of their choosing. Often, aspiring pilots pursue degree programs that relate to their desired career, like aviation, aeronautical science, or aerospace engineering. Students who choose to go this route should consider whether their intended school is accredited by the Aviation Accreditation Board International. In fact, some airlines will only hire pilots with degrees from properly accredited institutions. Should a student pursue an undergraduate degree in a different subject of interest, it is important to focus on a degree that could provide an alternate career path, should the aspiring pilot decide that flying is not for them. This is especially important due to the competitive nature of the career and difficulty breaking into the workforce. Many professional pilots begin their career path with military training, often in a branch of the military like the Air Force.

Aspiring airline pilots must earn a number of licenses and ratings. They begin their career with a with a student pilot certificate, and then proceed to earn their private pilot license. Each certificate and rating requires that pilots pass a written examination on the ground, followed by a practical flying examination, which is usually referred to as a “check ride.” Check rides take place in an appropriate aircraft that the prospective pilot is prepared to fly. After earning the private pilot license, prospective pilots must then earn what’s called an instrument rating before they can pursue their commercial pilot license from the Federal Aviation Administration (FAA). With this license, a pilot can begin flying professionally in roles such as piloting charter flights, flying aerial tours, or crop dusting. To be qualified to work as an airline pilot, candidates must earn an Airline Transport Pilot Certificate. This usually occurs after completing thousands of hours of flying. They also commonly seek the multi-engine rating. Often, this rating is pursued before the airline transport pilot license is acquired. For every level of license and rating an aspiring airline pilot pursues, a written test and a flight test must be completed and passed, as stated above. An optional but popular path is to pursue a Certified Flight Instructor (CFI) rating after earning a commercial pilot license, which will allow aspiring airline pilots to work as flight instructors and gain more experience and hours flying by themselves.

Professional pilot positions are very competitive, especially well-paid airline pilot positions. However, for those who have a passion for flying, few other careers offer the same excitement and travel opportunities that a career as a pilot does.

Effective communication skills: An airline pilot must communicate effectively and clearly when conveying information to crew members and air traffic controllers. In addition to communicating verbally, airline pilots must be able to listen carefully to instruction and apply these directions to ensure safety.

Observational skills: Being observant is a critical quality to have as an airline pilot. While navigating aircraft, pilots constantly watch over dials, gauges, and screens to make sure all systems work properly and effectively. Pilots must also maintain situational awareness by looking for other aircraft or obstacles within their vision. Pilots must have clear vision, including color and depth perception. They must also be able to adequately judge the distance between objects.

Problem-solving skills: When an aircraft hits turbulence or weather conditions impact a flight, an airline pilot must be able to identify and work through complex problems, then develop appropriate solutions. Whether to reroute the plane or change altitude must be determined quickly with the help of air traffic control. As a result, airline pilots must be able to solve problems on the fly using the skills they have learned.

Quick reaction time: An airline pilot must act quickly, and with sound judgment, when danger arises. The ability to react quickly is a critical quality to possess as an airline pilot.

According to the latest information published in the Occupational Outlook Handbook by the Bureau of Labor Statistics (BLS), the overall employment of airline and commercial pilots is expected to grow five percent through 2029. This employment growth is faster than the average (four percent) for all occupations. However, commercial pilots should see an even more favorable growth of nine percent. Copilots and flight engineers should expect a three percent growth over the next decade, which is slightly lower than the average for all occupations.

Growth should occur, especially for commercial pilots, mainly in ambulance services. Job prospects will be the most favorable in areas where pilots are needed to transfer patients to medical and healthcare facilities. 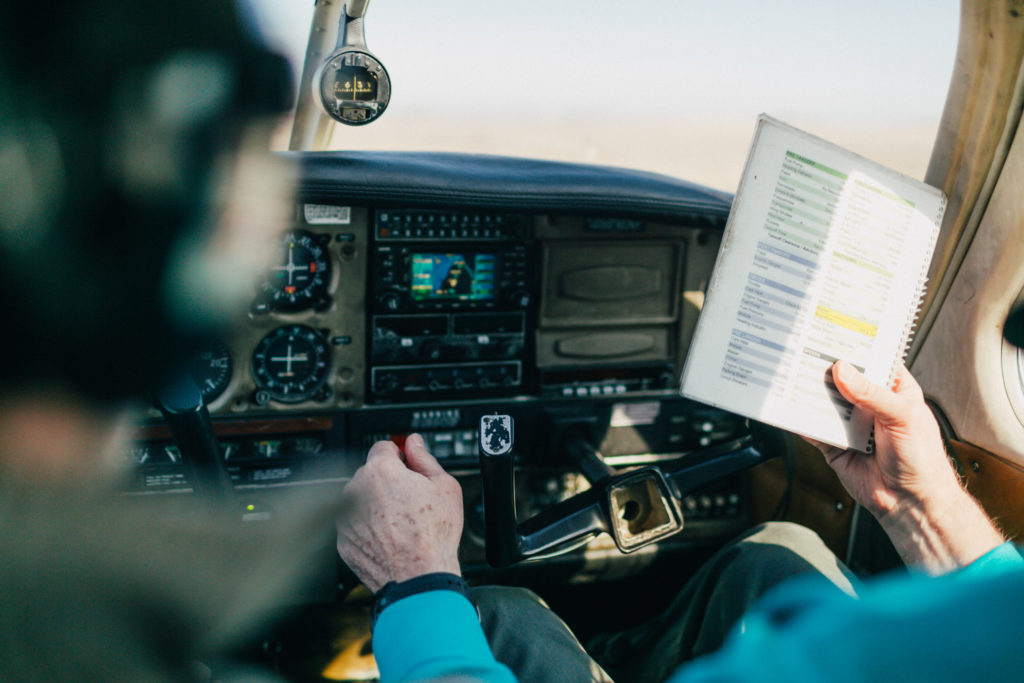 Growth will also arise from the need to replace aging pilots who reach retirement and leave the occupation permanently. BLS reports that job prospects will be the best with regional airlines and nonscheduled aviation services. As entry-level requirements are lower for commercial jobs and regional airline positions, and because there is less competition in these sectors, job prospects will be favorable. For those seeking jobs with major airlines, there will be fierce competition. Larger airlines tend to attract more applicants, due to earnings potential and benefits. Major airlines usually receive more applicants than the number of job openings. However, with an accredited degree, adequate training, ratings, and qualifications, applicants should be able to compete favorably. Individuals with advanced degrees and substantial experience (flight hours) should see the best job prospects.

According to the Bureau of Labor Statistics (BLS), airline pilots can expect a median annual wage of $160,970, with the lowest 10% earning less than $81,000 and the highest 10% earning more than $208,000 annually. Airline pilots begin their careers as first officers and receive increases in wages as they gain experience and seniority.

While industry impacts earnings for pilots, so does geographic location. Since airline pilots spend several nights each week away from home, due to flight assignments and overnight layovers, some pilots prefer to be based near large airports. Some of these larger airports are located in states with the highest reported earnings for airline pilots. 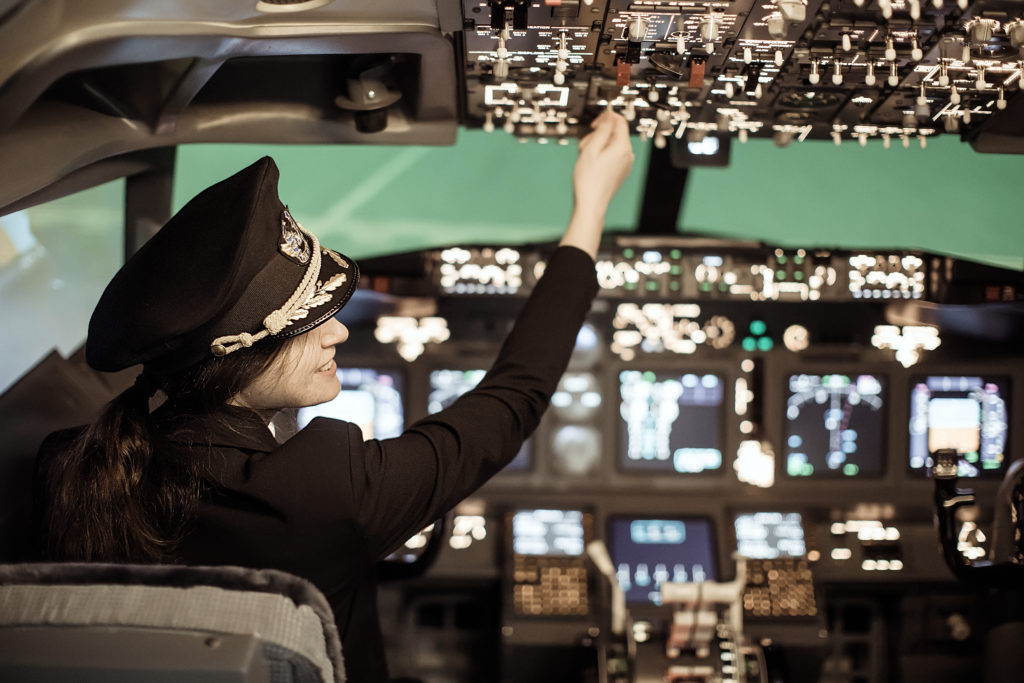 Not only do certain states report high wages for airline pilots, but so do certain cities. According to BLS, airline pilots see higher-than-average earnings in certain metropolitan areas. The Detroit-Warren-Dearborn, Michigan metro area sees the highest pay for all airline pilots in the country. In this buzzing, metropolitan hub, airline pilots see an annual mean wage of $259,010, a number significantly higher than the national average for this occupation. Other high-paying metro areas include Naples, Immokalee, and Marco Island, Florida ($254,640 annual mean wage); San Francisco, Oakland, and Hayward, California ($252,430); and Las Vegas, Henderson, and Paradise, Nevada ($241,140). In addition to the above-mentioned metro areas, airline pilots will find high earnings potential in Miami, Seattle, Denver, Chicago, and Washington, D.C.

Work Environment of an Airline Pilot

The work environment of an airline pilot is unique. The office is an airplane, and the work is conducted during flight times. Airline pilots fly an average of 75 hours per month, though another 150 hours per month may be spent performing other duties like preparing flight plans or assessing weather conditions. Pilots work variable work schedules, often working multiple days in a row followed by multiple days off. Flight assignments are usually given by seniority. This means that pilots who have worked with the airline or company the longest receive the most-preferred flight schedules and routes.

This concludes our article on the best degree path for becoming an airline pilot.