What’s the Best Degree Path to Becoming an Announcer?

Announcers work in all types of media. They present music, promote sporting events, interview guests, deliver news, and even moderate panels and discussions. To work in this profession, education for announcer jobs is important. Below, we discuss what degree do you need to become an announcer, the best announcer major in college, and other relevant information about this unique career.

What degree do you need to be an announcer? According to the Bureau of Labor Statistics (BLS), the educational requirements for this profession vary. However, certain announcer roles call for specific schooling. For example, radio and TV announcers typically earn bachelor’s degrees in broadcasting, communications, or journalism, while public address announcers only need a high-school diploma and short-term on-the-job training.

The best job prospects call for the best degrees for announcers. With a college degree, you’ll offer your potential employer adequate skills and knowledge for an entry-level announcer position. From there, you can hone your personality and craft on the job, developing your brand, persona, and voice through extensive on-the-job training.

But in college, as an announcer major, you will take courses that prepare you for your career. Typical courses taken in a bachelor’s in broadcasting program cover topics like:

During your college years, through the course of earning an appropriate announcer degree, you will develop strong communication skills while learning to work in a team environment. While broadcasting majors generally focus on media and production, some programs emphasize other areas of broadcasting, such as camera operation, composition and lighting, production planning, and script writing.

There are a limited number of doctoral degrees for announcers. Those that do exist include doctoral studies in journalism and mass communication, media and communication, and media studies. But, if you have career aspirations of teaching at the college level, you might consider earning a Ph.D. in one of these areas of study.

As a graduate of a doctoral program degree for announcer or broadcast media career, you show that you are an expert in the field. Graduates of Ph.D. programs have gone on to secure careers as recognized experts in global media, journalism, media and public life, and technology and society. Ph.D. programs allow students to research niche areas of interest that can be parlayed into a lucrative announcer or broadcasting career. 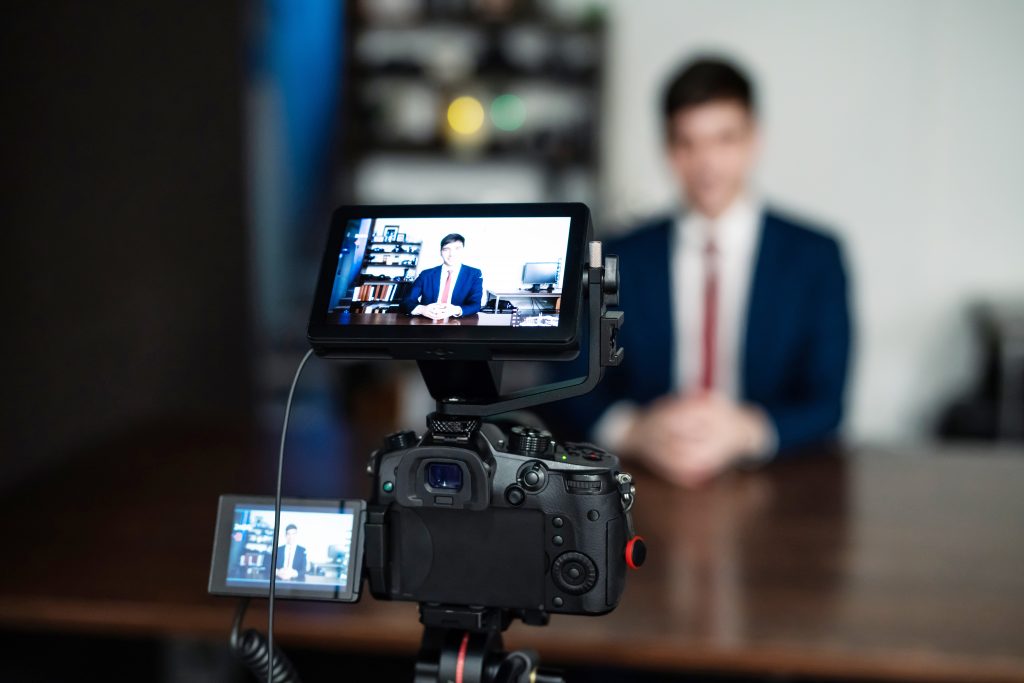 Beyond the Degree: Work Experience Required for an Announcer

After you’ve determined what degree you need to be an announcer, it’s important to familiarize yourself with the training and work experience required for the profession. For most announcer jobs, you earn an announcer college degree followed by training. Short-term on-the-job training is generally a requirement for most entry-level announcer jobs.

Training for announcers allows them to become familiar with the equipment used while covering different events. For sports announcers, training might also include reviewing the basic rules of the sport and familiarizing yourself with the information needed to comment intelligently about the event you are covering.

Radio and TV announcers also require training. While on the job, these announcers learn how to operate audio and production equipment.

Training may be acquired while earning your announcer college degree. In most bachelor’s programs, students receive instruction on how to operate equipment. However, some of the best training opportunities come from workshops and internships during the college years. In college, students can gain experience and knowledge by choosing to work in college radio or television stations, intern at local stations, join clubs, and participate in workshops offered on campus. Students earn announcing experience prior to employment, which helps them stand out against other job candidates.

As with most jobs, to advance in an announcer career, you must have experience. However, since radio and TV stations operate on smaller budgets in areas with smaller markets, announcers may need to relocate to larger areas if they want to advance.

Once you’ve gained some work experience in a smaller market, you’ll be ready to stretch your legs in a larger market. Since hiring managers review past performance and an announcer’s personality, candidates should have proven engagement and audience numbers. Social media engagement also helps demonstrate experience and engagement.

Other Important Qualities Needed for Announcers

In addition to the required education for announcers, this profession calls for certain special characteristics or important qualities that lead to success. Below are several unique skills and qualities that announcers need after they’ve completed their schooling. 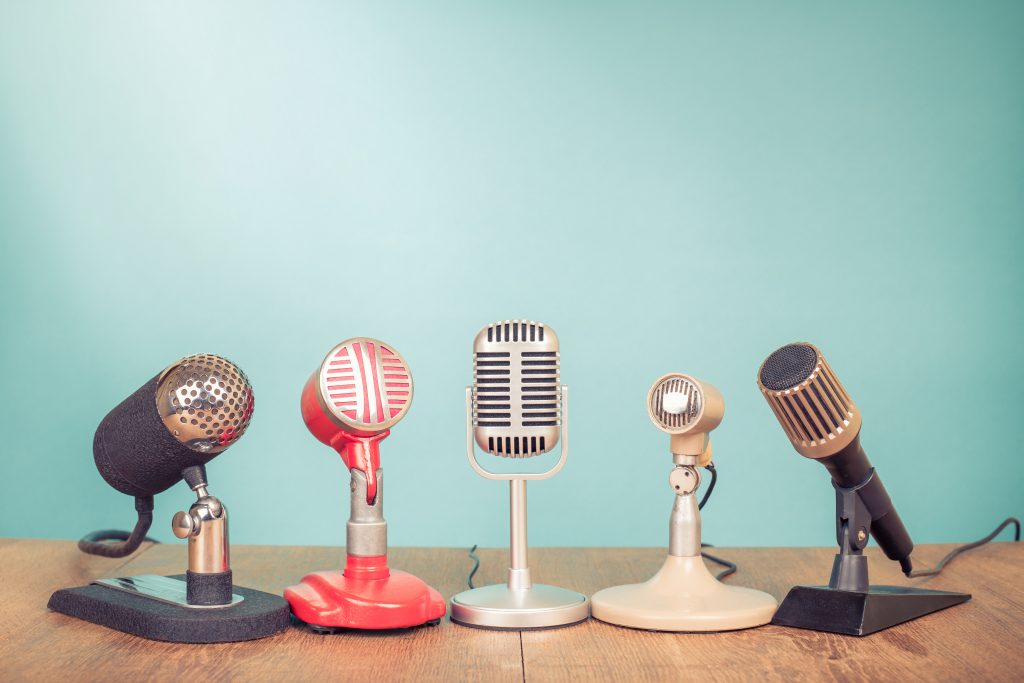 According to BLS, a highly favorable job outlook is expected for announcers over the next 10 years. In fact, BLS projects a 15% growth for this profession through 2030, which is nearly twice as fast as the average of all occupations.

There are expected to be about 6,100 job openings for announcers each year. These job openings are expected to result from the need to replace workers who retire or transfer to different occupations outside the profession, as well as from the overall growth. Those who exit the labor force will need to be replaced.

We’re seeing significant employment growth for announcers due to the recovery efforts following the COVID-19 recession that started in 2020 and continues to this day. In fact, BLS suggests that we might see these efforts to recover last up to 10 more years.

Some areas of media, such as radio and television stations, will limit their employment growth, particularly for radio disc jockeys (DJs) and broadcast announcers. Today, more listeners are turning to online and satellite stations where music and media can be curated to taste and personalized for interest. As a result, traditional radio broadcasts see a reduction in listeners. When people turn to online platforms for media consumption, the demand for DJs decreases.

While there is a decrease in demand expected for DJs and radio announcers, other types of media and communication workers are anticipated to be in high demand. Announcers and workers in streaming video and podcasting services continue to be needed. In fact, these workers will be in high demand over the next several years. Growth will also continue as a record number of programs are produced over these in-demand platforms.

People don’t typically enter the announcer profession for the money. According to the Bureau of Labor Statistics, the median annual wage for broadcast announcers and radio DJs is $36,770. Since the average earnings for all occupations is $41,950, the average for announcers is slightly lower. However, the top 10% of workers in this profession see earnings of more than $114,050.

According to BLS, there are three top-paying industries for announcers. These industries and their corresponding median annual wages are as follows:

While industry type impacts earnings for announcers, so does geographic location. In general, broadcast announcers work in both large and small markets, though larger markets offer higher earnings than smaller markets. According to the Occupational Employment and Wage Statistics data published by BLS, there are five top-paying states for broadcast announcers and radio disc jockeys. These states include:

Certain metropolitan areas also offer top earnings for announcers. According to BLS, the 10 top-paying metro areas for this profession and the corresponding annual mean wages are listed below. 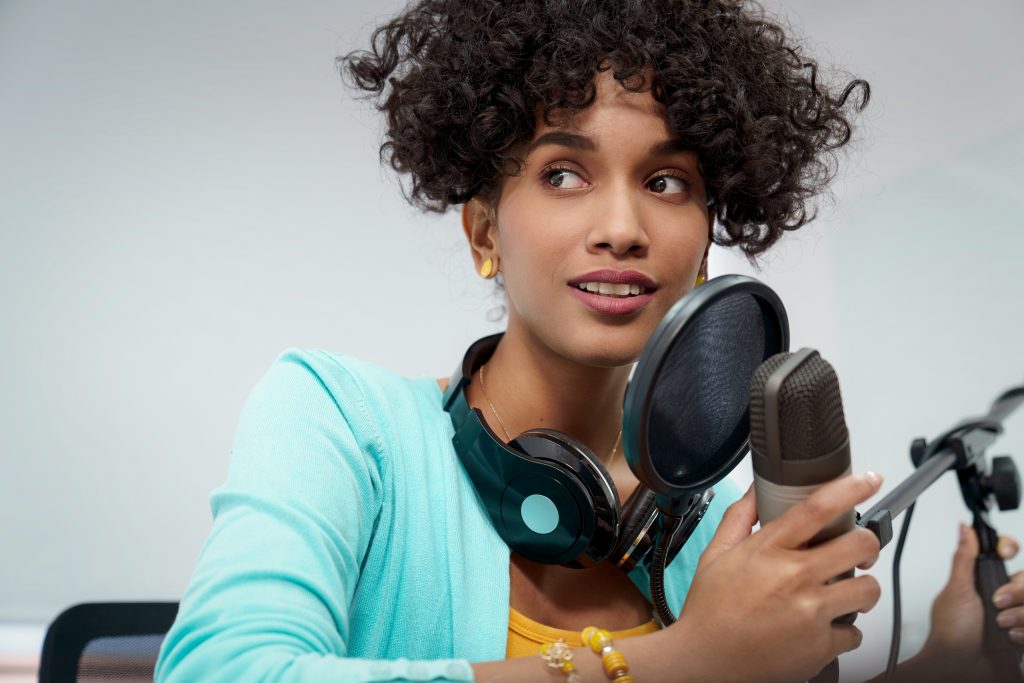 The Work Environment of an Announcer

Announcers work in air-conditioned, soundproof, and well-lit stations or booths. Some record and produce their programs at home in a studio, while others perform their duties in a station. Most announcers work indoors, though promotional or sporting events may take them outside at times.

Work hours vary depending on what kind of announcer you are. Some announcers work early morning shows, while other work late nights. Announcers often work irregular hours. For example, public appearances may be scheduled at different times each day. Some radio announcers do a set of three to four hours, then break for several hours before coming back on set. The hours an announcer works depends on what type of announcer they are.

Since radio and television stations are on air 24 hours a day, seven days a week, it’s not unusual for announcers to work odd hours. Also, some announcers may be required to work weekends and holidays.

According to BLS, there are four top employers for announcers. Most broadcast announcers and radio disc jockeys work in the following industries:

This concludes our article on what’s the best degree path to becoming an announcer.