What Is the Best Degree for CIA Agent Careers? 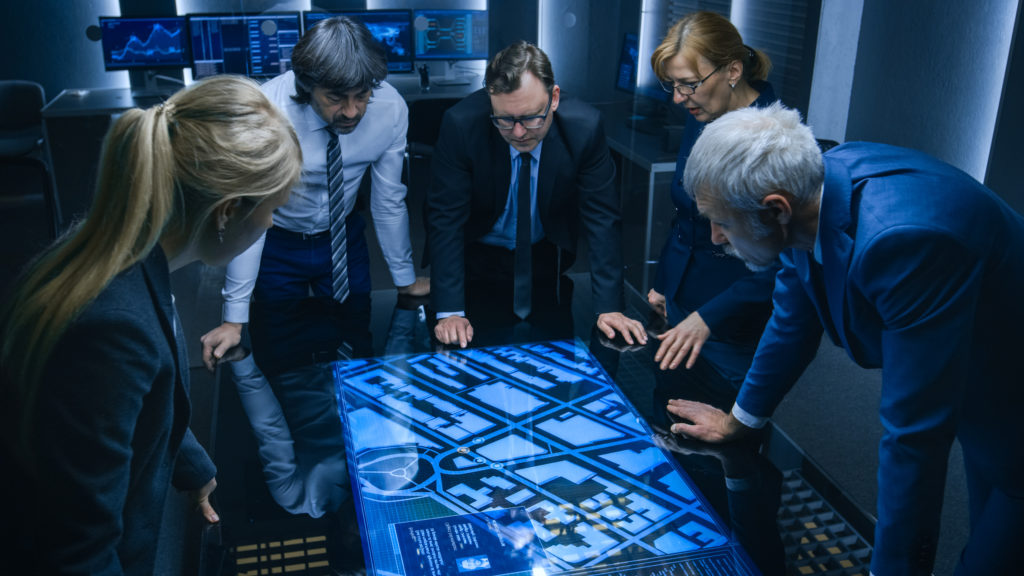 Security threats come in many forms.

Earning a college degree is the first step toward a CIA career. But what is the best degree for CIA jobs? This article provides information on CIA education requirements. It also answers the questions what degree do you need to be a CIA agent and how to get into the CIA?

If you’re looking for the best majors for CIA jobs or want to know which CIA degree is the best one for a national security job, read on.

What Degree Do You Need To Be in the CIA

You need a college degree to work as a CIA agent. But what are the top degrees for CIA jobs?

An aspiring CIA agent needs a bachelor’s degree. The official Central Intelligence Agency CIA website states that if you want to work for the CIA, you need a bachelor’s or master’s degree.

But which college majors for CIA jobs qualify you for these coveted jobs?

According to The Houston Chronicle, there are top subjects to study in school. These include:

But there are many different bachelor’s degree paths you can take while you complete your CIA degree requirements. Why? Because the CIA looks for well-rounded candidates.

Desirable Traits for a CIA Agent

The best degree for CIA jobs varies. You can earn a degree in international relations or business. But there’s more to the job than CIA agent education. Yes, you have to go to college to land CIA agent careers. But there are other requirements for the agent role.

First, you have to be a legal citizen of the United States. You can’t have a criminal record. You also can’t use illegal drugs or controlled substances. This includes use in states with legalized marijuana. You have to meet these requirements to get security clearance.

You also have to pass physical and mental exams. For some jobs with the CIA, you must fall within a specific age range. You must also complete training programs that last 18 months. Candidates must also be willing to move to the Washington, D.C. area.

But there are also traits found in good CIA officers. These traits make you a strong leader who works well with others. Since CIA officers meet a high standard, you should be able to show you have these traits. Showing that you have them helps you stand out above your competition.

The CIA values collaborative individuals who work well in teams. The CIA needs teamwork across positions and divisions. It is an important aspect of the job. The CIA wants people who can work together and as a collective group.

You need integrity as a CIA agent. In fact, integrity is part of the Agency’s mission statement. Since you’re privy to classified information, you must operate with integrity. You should have strong ethics and be an honest person.

The CIA welcomes individuals from all educational and occupational backgrounds. They also welcome people from all cultures. But what unites them is their high degree of talent. Above all, the CIA wants to recruit the best and brightest.

The CIA wants leaders. They want intelligent decision-makers and mentors. Since a huge part of the job is training, you must be a leader who takes initiative. CIA agents make decisions that can impact national security. Leadership ability is a must. 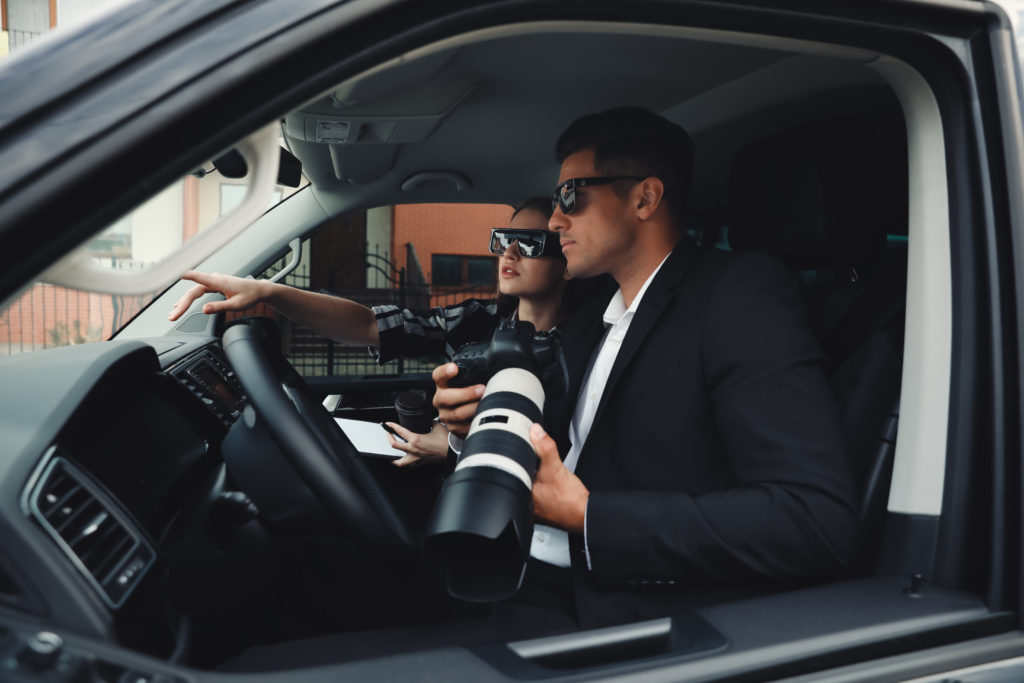 How to get disqualified for CIA agent jobs

Aspiring CIA agents get disqualified for various reasons. But the most common reasons have to do with:

You should also not follow the CIA on social media or interact with any of their accounts. It might seem small, but this could make a difference in getting the job.

Competition for these jobs is fierce. You need the right education, background, and skills. But you should also pay attention to reasons why candidates get disqualified. These reasons could be the difference between getting the job or missing out on a dream career.

Types of Careers in the CIA

The CIA needs qualified specialists in the areas of:

The CIA employs about 22,000 people around the globe and has an annual budget of more than $15 billion. While media shows CIA agent roles as clandestine positions, regular jobs do exist. The CIA offers career opportunities in:

Below we cover some of the most popular and in-demand careers offered at the CIA.

CIA employees synthesize field information into briefs and reports. They use these reports to guide decision-making. Many analysts specialize in a specific type of analysis, such as:

This job is important to the success of U.S. foreign policy and national security. Field officers (operations officers) must have excellent judgment. They should be able to build rapport and assess character.

The initial training takes up to two years. During this time, you learn the essential elements of the job. You also spend most of your career deployed in strategic locations overseas.

Linguists use their foreign language skills to research media in foreign countries. Language officers provide translation and interpretation services for the agency’s clandestine branches. They also serve in a teaching capacity as part of the CIA’s foreign language program.

If you are proficient in a foreign language, you can make more money in the CIA. Knowing a language adds value to your career. There are currently 88 qualifying foreign languages for CIA employees with a bachelor’s degree.

Political analysts have mission-critical duties where their main task is to support policymakers. This job requires you to analyze information, such as:

Political analysts uncover foreign actors’ motivations and ideologies. They do this within the context of how it might impact the United States’ interests. They work both in the country and abroad. They gain extensive upward mobility with experience. They also move up as they develop further expertise in the job.

Science, technology, and weapons analysts work with intra-agency professionals. They also work with people in:

To work in this job, you must have technical expertise in analyzing threats to the United States. You must also know how to protect the country against foreign weapons development and proliferation. You also protect against cyber weaponry and emergent technologies. Your job is to present findings in both written and oral reports.

The job takes you to different locations. You might work in the country or abroad. But during your tenure, you will continue professional development and education. Your ongoing education is a result of the changing landscape of threats.

There are over 100 career options for Central Intelligence Agency roles in:

No matter your background, you can work to protect national security. But roles in science, engineering, and technology take many different forms. Technical intelligence officers use skills to research, develop, or analyze new technological solutions.

The Central Intelligence Agency wants people with talent above all. They want those who desire the CIA’s core values. If you have the proper CIA agent education and these core values, you should look at this exciting career.

Internships with the CIA

The Agency offers attractive undergraduate and graduate-level internship opportunities. You can land an internship with a variety of majors. Below we highlight a cross-section of current opportunities.

This internship starts at a salary of $46,300/year. It is for full-time students pursuing a bachelor’s degree in accounting. It is a competitive internship with the CIA.

This internship provides support to acquisition professionals. It is also competitive. It has a starting salary of $46,300/year. The internship is available to full-time students seeking a degree in:

In this internship, you help solve tactical support issues. You also learn about the business administration side of the Agency. This internship is open to a wide variety of business-related majors. It pays $44,279/year.

Not only is a job with the CIA exciting, it offers good pay and benefits. Some of these benefits include:

Another benefit is the competitive annual salary. Pay for most jobs starts at over $50,000-$60,000/year. But you can earn over $172,000/year. The CIA bases your starting pay on education level, experience, and occupation.

The Agency does not disclose job outlook information. But since the work is very important, there will always be a need for the CIA.

Employment experts project job growth to be anywhere from 2%-5% through 2029. As older workers retire and foreign threats increase, demand for new personnel should exist.

Common Myths about the CIA

Hollywood movies and television shows love highlighting the work conducted by CIA officers. And since the Agency doesn’t disclose the work they do, you end up with myths and misconceptions. Below we debunk some of the most common myths about the CIA’s national clandestine service.

Myth #1: The CIA spies on people in the United States

The Agency’s mission is to collect information about foreign intelligence and counterintelligence. As such, spying on American citizens is not within the mission of the CIA. It is even prohibited by United States Executive Order 12333, approved in 1981.

Myth #2: The people who work for the CIA are spies and agents

While there are CIA employees classified as “spies” or “agents,” they go by the title of Operations Officer. The CIA employs tens of thousands of individuals. It hires common positions found at other organizations similar in size. The vast majority of CIA professionals work as:

Myth #3: The CIA is a law enforcement agency and all agents carry firearms

Myth #4: The Agency is not accountable to anyone or any organization

The CIA operates with the oversight of several domestically elected representatives. These include those at the highest levels of government.

Many Congressional and House committees also track the Agency.

Myth #5: The CIA knows all the government’s secrets Final Thoughts on Career Paths to the CIA

The CIA offers competitive work across a wide range of occupations. The Agency is a demanding workplace and requires commitment from CIA personnel.

To land a job as an agent, you must gain experience related to the career. You should attend recruiting events. You can gain knowledge about the Agency’s hiring practices and procedures. This will help you know what to expect from the lengthy recruitment process. It will also help you understand what activities to avoid that can get you disqualified.

The CIA prefers STEM and business-related majors. But it is open to candidates with any undergraduate major. Aspiring CIA agents can study any subject and still qualify for a job. But since the CIA is the first line of defense in national security, you should consider a related degree. Remember, the CIA works with law enforcement agencies and law enforcement officials. It also works with the intelligence community to:

This concludes our article on the best degree path for becoming a CIA agent.