What Is the Best Degree Path for Becoming a Computer Programmer? 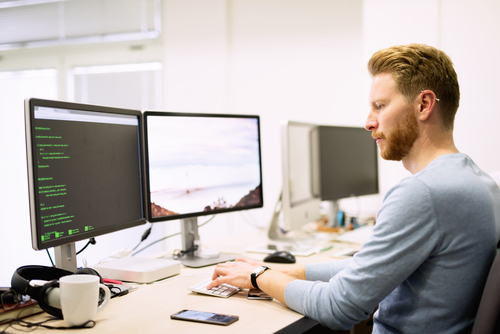 Do you enjoy working with computers? Are you good at analyzing information and paying attention to details? Do consider troubleshooting technical issues an interesting challenge instead of a frustrating problem?

A career in computer programming could be for you.

Computer programmers write the codes that tell computers what to do. Their work creates:

Without skilled computer programmers, we wouldn’t have the smartphones, tablets, or other user-friendly devices we have today. If computer programming sounds like a good career for you, earning a bachelor’s degree in computer science is the place to start.

What Is a Computer Programmer?

By now, most people understand that computers and software programs need code in order to work.  Computer code is a type of language that computers understand. For example, some common computer languages are Python and C++. 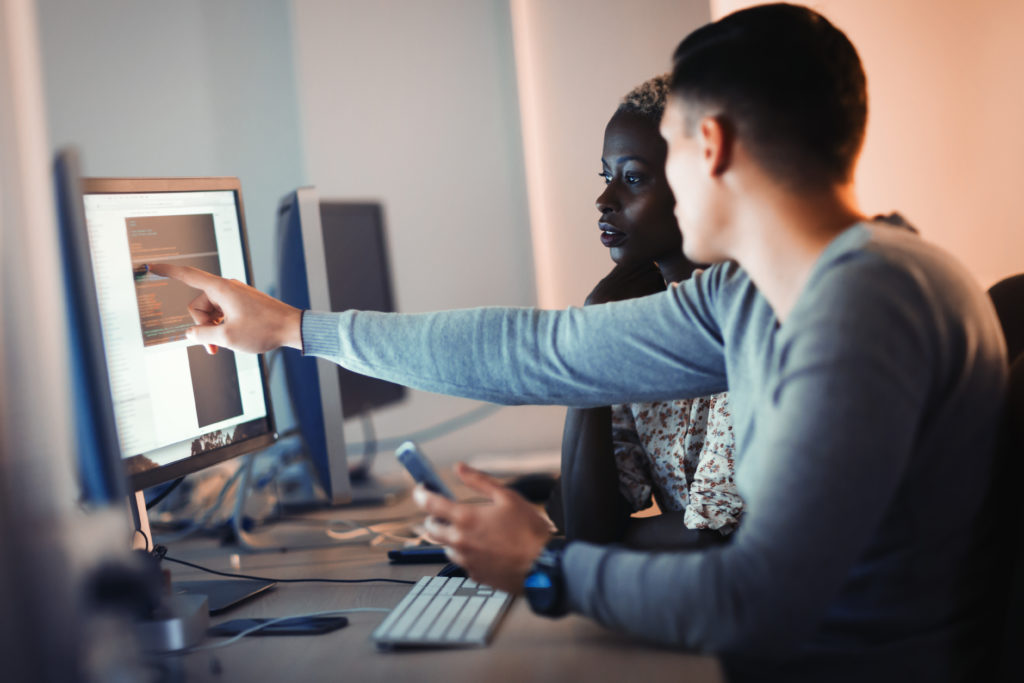 Most professionals in computer programming have a bachelor’s degree, the United States Bureau of Labor Statistics (BLS) reported. Some have an associate’s degree. Computer science, which happens to be one of the top 10 degrees for the future, is a popular choice for aspiring computer programmers. Other computer-related majors are also acceptable.

College students in undergraduate computer science programs learn some programming languages, like Java, through their coursework. More importantly, aspiring programmers develop the fundamental skills needed to understand programming languages. This means that they can easily learn new languages in the future, according to the BLS. Also, computer science students learn to debug software programs. They can also get experience writing code through both coursework and internship experiences.

In this respect, the degree that  aspiring computer programmers get prepares them for a specific career, such as working in the video game industry. With this being said, some employers will hire people who don’t have a degree in computer programming. Depending on the demands of the job, the person hired may have a degree in business, accounting, or marketing, for example.

Education Beyond the Bachelor’s Degree

While a degree in computer science or a related field is sufficient education for getting a computer programming job, long-term computer programmers never stop learning. As technology and programming languages evolve, professionals in this field must keep on top of changes. This is done through their own research or through continuing education opportunities.

Many computer programmers choose to seek special certifications to:

Some certifications are related to proficiency with particular programming languages, like JavaScript and Python. Others illustrate familiarity with programming products, platforms, or systems.

Aside from these certificate programs, many computer programmers find that their income improves substantially if they earn a master’s degree. Is it necessary to get an advanced computer programming degree in order to get a raise? According to Northeastern University, it is, or at least, it doesn’t hurt.

Today, a bachelor’s degree alone no longer makes a job candidate stand out from competition. But fewer people have advanced degrees, such as a master’s degree in computer science. The difference in income for people with advanced degrees can be staggering. Earning a graduate-level degree can raise a person’s salary by $30,000 or $40,000 a year. In the computer science industry, this can translate into yearly incomes as high as six figures.

The Bureau of Labor Statistics (BLS) reports that the median annual wage for computer programmers is $89,190. The highest 10 percent of these earners, including those holding advanced degrees, earned a median annual wage of $146,050.

Another advantage that an advanced degree provides is a broader professional network. College campuses today are often a student’s first access to a more expansive professional network. Many times, employers will contact an academic department directly to advertise jobs. Sometimes, these jobs have already been advertised to the public. However, often only those in the know, those who are in the network, hear about these jobs. If the only people hearing about the job are the master’s students in a university’s computer science program, the competition for these jobs is dramatically lowered. According to the BLS, there are important qualities a computer programmer should possess to be successful in the industry and occupation. These skills include:

Analytical skills – A good computer programmer showcases strong analytical skills on a daily basis. As the occupation requires, a computer programmer must be able to understand complex instructions in order to create computer code. Being able to synthesize information and apply it to a challenge is a skill that can only be honed through hands-on experience. This experience may be developed both in and out of the classroom.

Concentration – The ability to focus for long stretches of time on the work is an important aspect of the role of a computer programmer. Attention must be focused as the computer programmer writes code and checks for existing errors.

Detail-orientation – While being detail-oriented is an essential soft skill for any occupation, it is particularly important to the role of a computer programmer. The job requires careful examination of code. One tiny mistake can be costly to the entire program. Being detail-oriented allows programmers to focus their attention on creating error-free code.

The Job Outlook for Computer Programmers

According to the job outlook projected by the Bureau of Labor Statistics, employment of computer programmers is currently on a decline. In fact, projections show employment for this occupation may decline by nine percent over the next eight to nine years. However, job prospects will be best for individuals with a minimum of a bachelor’s degree. Those with advanced degrees, such as a master’s in computer programming, and specialty knowledge in programming languages will see the best job prospects. Also, individuals who keep their knowledge current by learning the newest programming tools will greatly improve their job prospects.

So, why the decline in hiring computer programmers? BLS expects the hiring by some companies to take place in countries where wages are lower. The trend is ongoing and can create a limited employment growth for computer programmers in the United States. However, there is a high operation cost of managing projects overseas. In fact, sometimes the saving on lower wages is not enough to offset the cost of operation in another country. As a result, some companies are bringing back their programming jobs to the U.S.

Top 10 Degrees of the Future

This concludes our article on the best degree path for becoming a computer programmer.