As of May 2018, around 31,700 people in the United States were employed as computer scientists. By May 2028, that number is expected to increase to around 37,000. This is about a 16 percent rate of increase, which is much faster than the five percent rate of growth that the Bureau of Labor Statistics (BLS) anticipates for all occupations combined. This means that the overall job outlook for computer science is good. 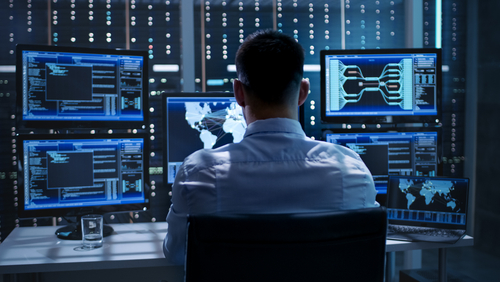 Job Outlook in the Computer Science Field By Area of Specialty

It is a good idea to consider the computer science job outlook by the area of specialty. Some specialties will be growing at a faster rate than others. For example, there will be an estimated seven percent increase in computer programming jobs. Information security specialists can expect a job growth rate of 32 percent between May 2018 and May 2028. This incredible rate of job growth is due to the demand for more secure websites and databases. Many famous information leaks and hacking attacks has lead companies to be more proactive about their information security.

Job Outlook in the Computer Science Field By Location

There are a few additional factors in the job outlook for computer science. A dip in the economy could cause a decrease in the rate of job growth. On the other hand, a discovery or increased demand for technology from consumers could increase the number of jobs.

Computer science is a growing field, and the worldwide reliance on technology, including the Internet of Things, smartphones and automated systems means that a person with expertise in any of these areas should have no problem finding a job. Being aware of the geographic areas where the most jobs are is also important. Knowing what the job outlook in the computer science field is could help a person hone their class schedule, decide on an area of specialty and focus the location of their job search.