Why Do Bad Teachers Prosper?

Tenure was formally introduced in the US in 1915 by the American Association of University Professors in their Declaration of Principle on Academic Freedom and Academic Tenure.

Tenure provides job security and protects the academic freedom of experienced professors. Firing a tenured professor is almost unheard of.

Tenure exists because people have been killed for their teachings.

Convicted of heresy for: denying the gods and corrupting the young through his teachings

Galileo Galilei: Professor of math and science at the University of Pisa.1589-1610

Contract not renewed due to experiments critical of Aristotle

Later convicted of heresy for claiming the earth revolved around the sun.

All state “anti-evolution” laws were overturned 43 years later [in 1968 by the U.S. Supreme Court in Epperson v. Arkansas]

Questioned the safety of a drug deferiprone based on clinical trials

Apotex, her corporate sponsor and manufacturer of deferiprone.

If it’s so important, why has Tenure consistently dropped since 1975?

Tenure from a School’s perspective:

Tenure Can Cause Controversy

Taking a stance on an unpopular issue equating to bad PR

Some have argued that tenure provides job security and incentive for incompetence.

In 2005, a study by the Journal of Higher Education found that the more time professors spend in classrooms, the less they get paid.

CTA – What is Academic Freedom worth to you? 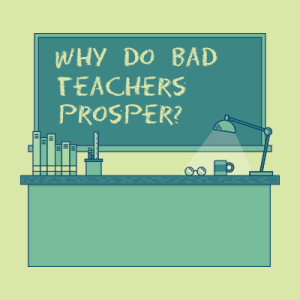