What Is the Best Degree Path for Becoming an Astronomer? 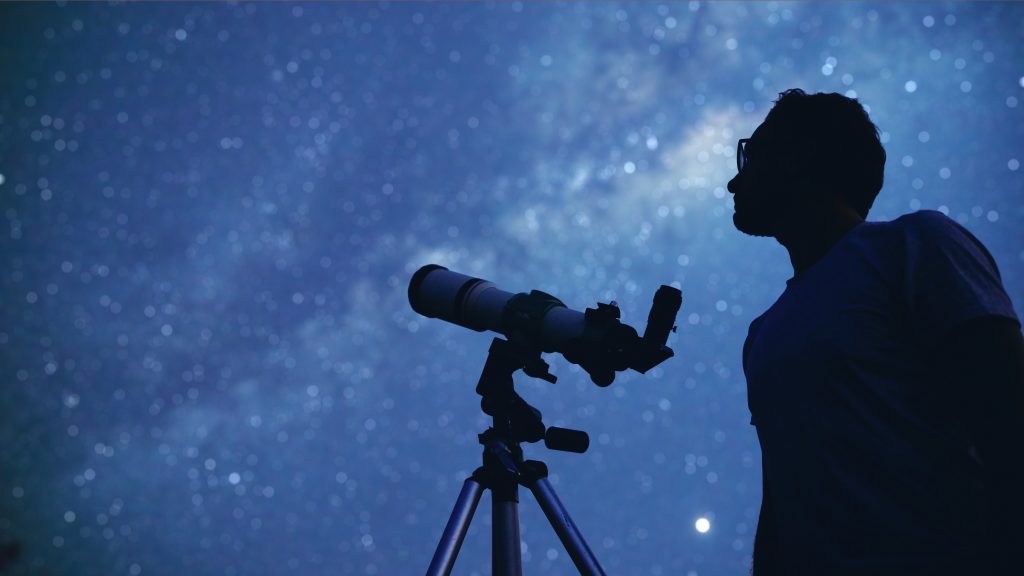 If you’re fascinated by planets, starts, and galaxies, or if you have a strong desire to comprehend how the universe works, you might be interested in becoming an astronomer. Astronomy is one of the oldest natural sciences. Astronomers spend their days:

If you’re a keen observer, analytically minded, and passionate about the solar system, then a career in astronomy might be a good fit.

How Do You Become an Astronomer?

Astronomers are scientists. You must hold an astronomy degree. But, in most cases, you’ll need more than a bachelor’s degree to land a job as an astronomer. Most astronomers hold PhDs. This is especially true for those working in academia and research. Becoming an astronomer requires hard work, perseverance, and dedication to the field. In this article, we discuss the best degree path for becoming an astronomer.

What Degree Does an Astronomer Need?

Since advanced degrees are needed to become an astronomer, earning a bachelor’s degree is the first step toward a career as an astronomer. Most astronomy degrees at the bachelor’s level take four years to complete. These programs are designed to provide students with an understanding of the universe and to prepare them to advance in their chosen discipline.

In most bachelor’s in astronomy programs, students take mathematics, physics, and computer courses. Some of the most common foundational courses explore topics like the following:

Bachelor’s and master’s degree holders may find entry-level work in the federal government or in education. Master’s in astronomy programs typically take two years to complete. Coursework builds upon the undergraduate degree and covers topics like:

Master’s in astronomy programs serve as preparation for the doctoral astronomy degree.

One of the best degrees for astronomers is the PhD in astronomy. A PhD in astronomy, physics, or a related discipline is typically required for jobs in academia and research. PhD students take extensive courses in math, such as:

In addition to math and astronomy courses, doctoral students take courses in computer science to help them better understand how to analyze, gather, and model data.

What Does it Take to Be an Astronomer?

Now that you know which degrees are needed in becoming an astronomer, you can nail down which astronomy major will help establish your career. Also, you should evaluate some of the important qualities and skills needed to work as an astronomer.

Soft skills are defined as personality traits and attributes that help employees interact successfully with others in the workplace. These skills are not always taught in the classroom. Instead, they are honed through both schooling and experience. What does it take to be an astronomer outside of a degree and experience? The following skills will help you evaluate your fit with this unique career. 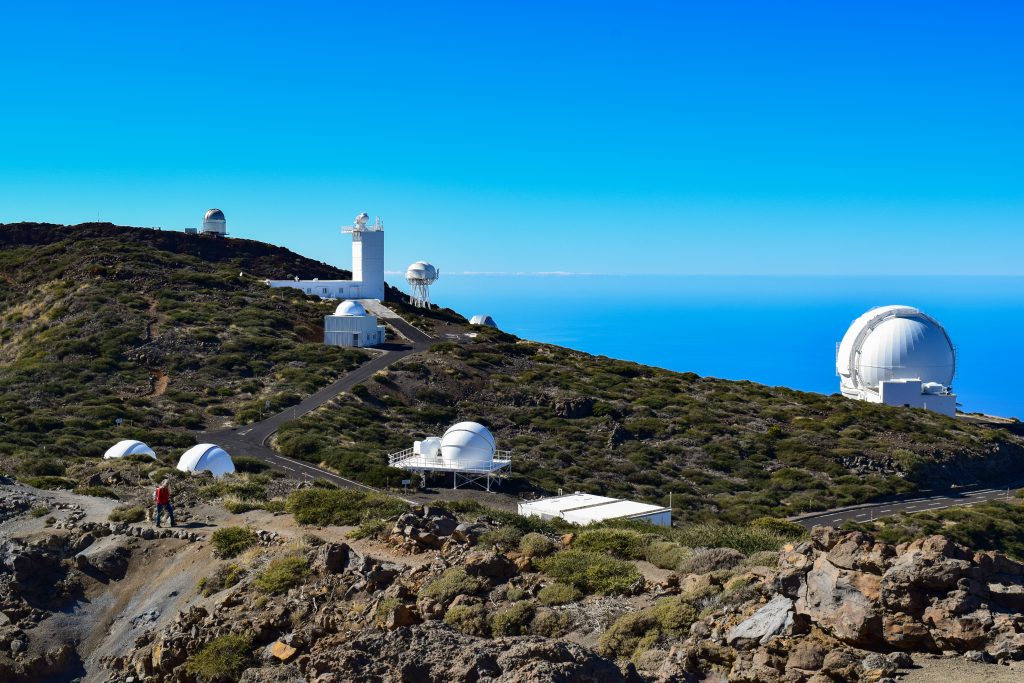 Their research must be expressed using mathematical terms. Having a good grasp on math concepts helps one succeed as an astronomer.

How Long Does it Take to Become an Astronomer?

The education for astronomer jobs depends on which degree you’re seeking. For jobs in academia and research, you’ll need a PhD. Plan on spending at least six to eight years in college. During that time, you’ll earn a bachelor’s, master’s, and doctorate degree that will improve your job prospects for work as an astronomer.

After earning your astronomy degree, you may consider additional training or licensing. If you plan to work for the federal government, you may need special security clearance for certain positions. You will also need to be a U.S. citizen for many federal government astronomer and physicist roles.

PhD candidates and degree holders seeking employment in research may be eligible to begin their careers in a postdoctoral research position. This typically takes place for two to three years.

How to Become an Astronomer Without a Degree

Without a degree, it will be difficult, if not impossible, to land a role as an astronomer. There really is no way around the astronomy degree requirements. They must be met in order obtain an astronomer job in research or academia. In fact, a PhD is the general requirement to become an astronomer. 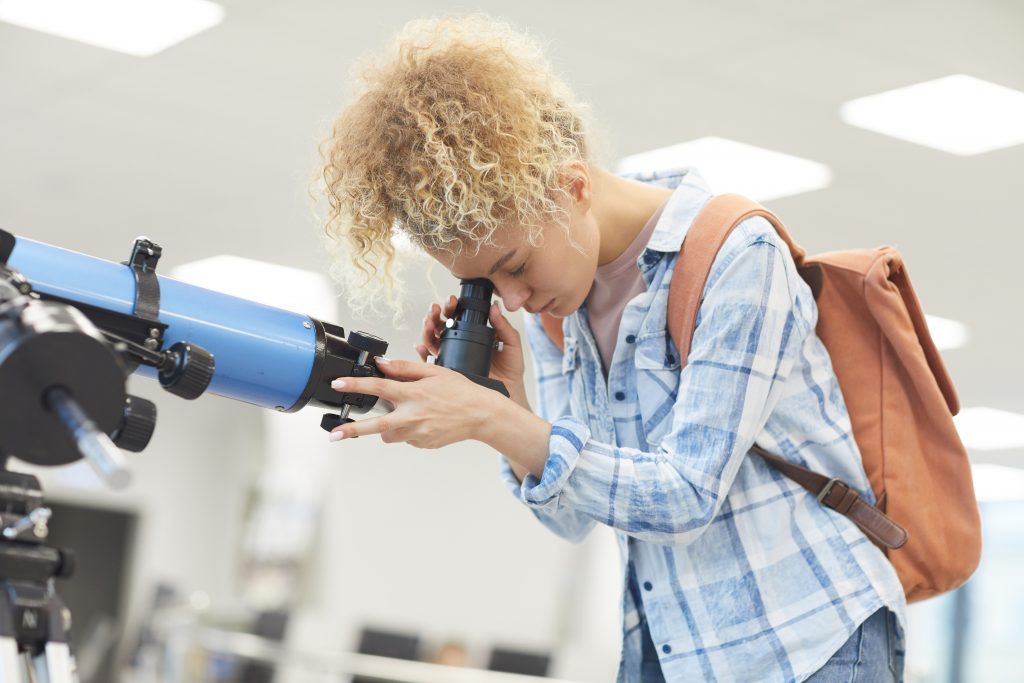 How Much Money Does an Astronomer Make?

Once you’ve completed your astronomer education requirements, it’s time to evaluate the practical aspects of the career. You’ll want to learn how much money you’ll make and what your job prospects will be after you complete astronomer school. In this section, we’ll look at the earnings potential for this career.

According to the Bureau of Labor Statistics (BLS), the median annual wage for astronomers is $119,730. The median wage is the wage that 50% of the workers in this occupation earned more than and 50% earned less. BLS reports that the lowest 10% earned less than $62,450 and the highest 10% earned more than $189,500. Since the average earnings for all occupations is $41,950, you can see that astronomers earn nearly three times more than average.

Since the average earnings for astronomers is close to $120,000 per year, working for the federal government or in R&D offers higher-than-average earnings. However, other aspects also affect earnings potential.

According to BLS, geographic location causes earnings to fluctuate for astronomers. Certain states and cities offer higher-than-average earnings. The five top-paying states and their annual mean wages for astronomers are as follows:

Larger, metropolitan areas also offer higher-than-average wages for astronomers. The Occupational Employment and Wage Statistics (OEWS) published by BLS reports six high-paying metro areas for astronomers. In many of these areas, astronomers earn between $82,190 and $13,140 more than the average wage for this occupation.

Top-paying metropolitan areas for astronomers include:

In addition to choosing well-suited geographic locations and industry types for your career as an astronomer, there are other things you can do to help improve earnings potential and advancement. With experience, astronomers gain independence and a greater sense of autonomy in their work. As a result, they may advance to senior positions. With advancement comes higher wages. Experience in academia may lead to tenure for faculty at universities, and it can lead to higher salaries and bonuses, as well.

What is the Job Outlook for Astronomers?

After you’ve researched or completed your astronomy schooling, it’s important to know what your job prospects will be. As astronomy is a limited field with about 1,500 job openings projected each year, the job growth is stable but not immense. According to the BLS, the overall employment of physicists and astronomers is projected to grow eight percent through 2030. Growth is on par with the overall average for all occupations, which is also eight percent.

BLS reports 1,500 openings for physicists and astronomers each year, on average, for the next 10 years. These job openings are expected to result from the need to replace workers who retire and exit the labor force. However, federal funding will greatly impact projected employment growth, as federal spending is the primary source of astronomy-related research funds. Budgetary constraints greatly impact job outlook and could limit a researcher’s funding access, especially for basic research. 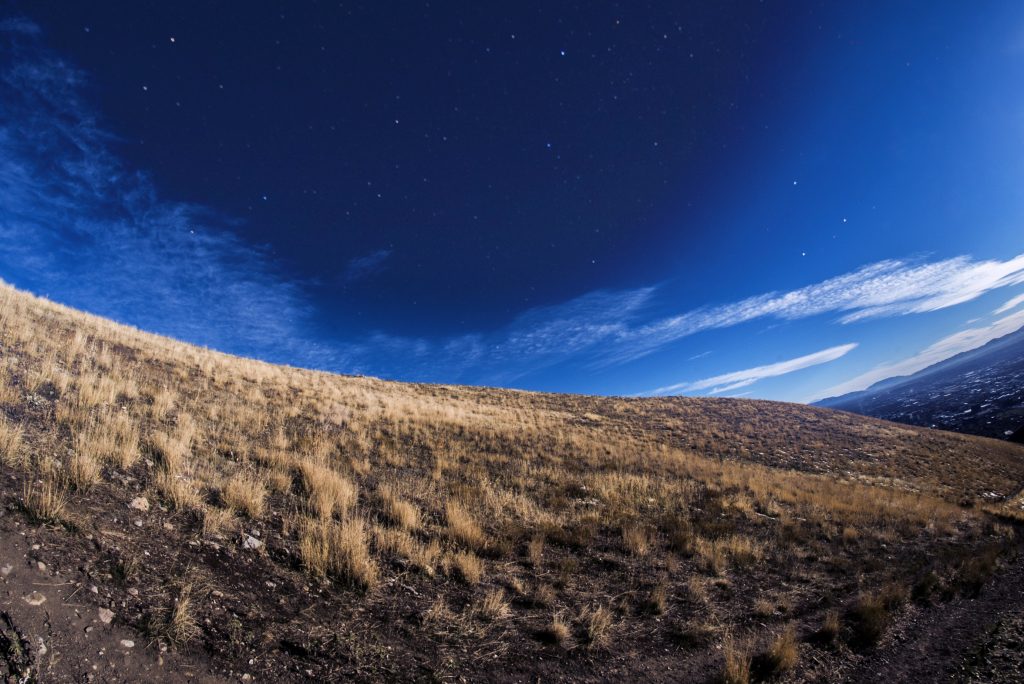 The Work Environment for Astronomers

According to BLS, astronomers held 2,100 jobs last year. The largest employer of astronomers is:

The third-highest employer of astronomers is the federal government, excluding the U.S. Postal Service.

Astronomers work mostly in offices, but they occasionally visit or work in observatories. Observatories are areas that house large, ground-based telescopes used to gather data and observe natural phenomena. While most astronomers have offices, some work in labs or observatories full time.

Also, some astronomers work temporarily, or during certain seasons, at national or international facilities. These facilities are typically home to unique equipment used to gather data, such as gamma-ray telescopes and particle accelerators. Travel can also be part of the job. Some astronomers travel to conferences and meetings to present data and research results concerning new findings in the field of astronomy.

The work schedule of an astronomer varies, but typically astronomers work full time. Those in federal government often work 40 hours per week. However, some astronomers may work longer hours. Since most of observation is conducted at night, astronomers do work evenings and nights. However, for those working in offices, observatory visits are generally only done a few times per year.

In academia, professors of astronomy also work regular hours, depending on the teaching and research load. Astronomy courses may be taught during the day, but laboratories typically take place at night. So, it’s common for an astronomy professor to work evening hours when conducting a lab. Most college professors of astronomy work fall and spring semesters, though some may teach a class during the summer term. Work hours for professors consist of classroom time and office hours, but those in research institutions spend the bulk of their time conducting independent research projects.

This concludes our article on what is the best degree path for becoming an astronomer.