What Is the Best Degree Path for Becoming a Zoologist? 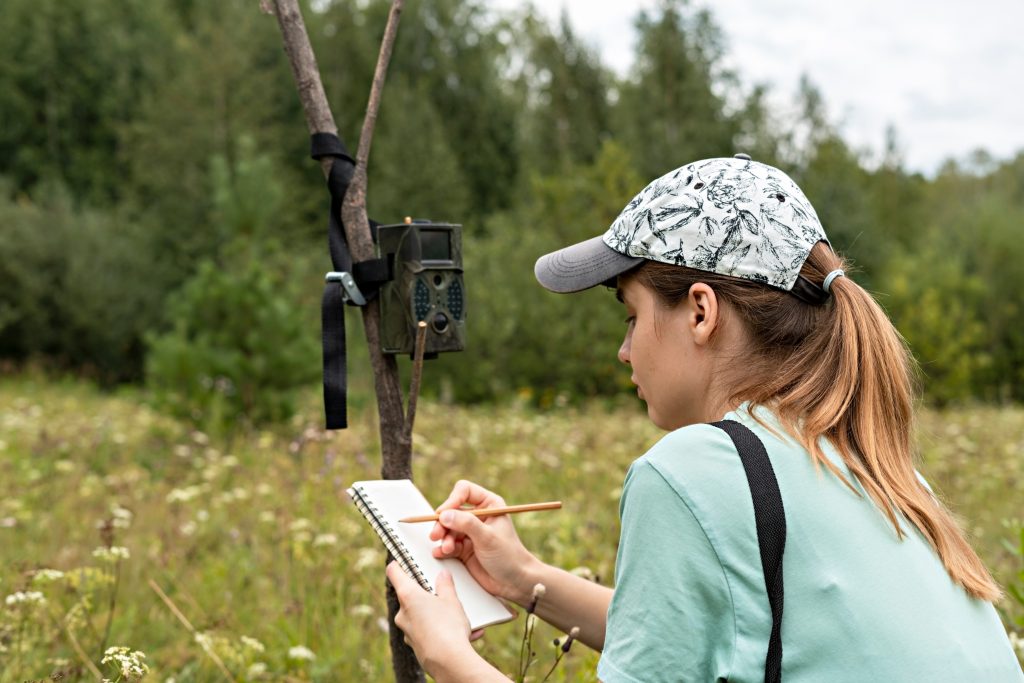 If you have a passion for animals that goes beyond cuddling puppies and you feel a desire to help improve the environment, a career as a zoologist might be an ideal fit. Depending on what type of zoologist you become, your day might be spent:

However, becoming a zoologist takes more than a curious mind and love for animals. You’ll also need the proper education for a successful zoologist career.

How Do I Become a Zoologist?

The first step to become a zoologist is to earn a zoology degree. According to the Bureau of Labor Statistics (BLS), zoologists typically need a bachelor’s degree for entry-level positions. However, if you plan to do investigative, research, or scientific work, a master’s in zoology or a closely related discipline is required. If you seek independent research opportunities or teaching appointments at colleges or universities, a Ph.D. is required. The best degree for becoming a zoologist depends on which career path you plan to take in this role.

What Degree Do You Need to Be a Zoologist?

You’ll need a zoology degree if you plan to work as a zoologist. However, you don’t have to be a zoology major to land an entry-level position as a zoologist. But you will need a bachelor’s degree in a related discipline, such as:

Once you’ve completed your zoologist school courses and training, and fulfilled your zoology degree requirements, you may be eligible to work as a zoologist.

If you plan to advance in your career as a zoologist, you’ll need more than a bachelor’s degree from an accredited college or university. You’ll need, at minimum, a master’s degree. A Ph.D. is preferred, especially if you want to work in academia or on independent research projects that require outside funding.

Entry-level jobs as a zoologist in zoos or in conservation require a minimum of a bachelor’s degree in zoology or closely related discipline. Your employer may require ongoing education as part of the job, even for entry-level positions. This will require you to attend courses or complete training in animal science, zoology, or other disciplines.

In fact, one of the most common training programs for zoologists is in computer science. Zoologists use advanced software, such as geographic information systems (GIS) or modeling, to conduct research and do their work. These courses may be taken as part of an ongoing education requirement or a standalone degree. 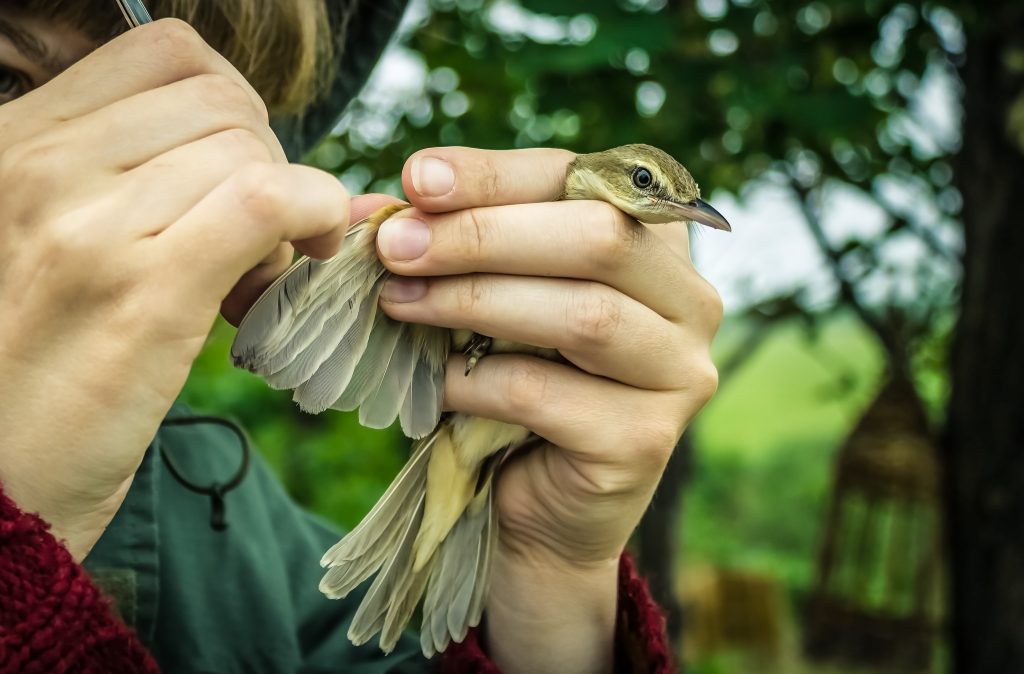 Most entry-level positions in zoology require at least a bachelor’s degree, but you don’t have to be a zoology major to land a job as a zoologist. Several areas of study are beneficial to the role of a zoologist. In other words, you’ll have plenty of study options while working toward becoming a zoologist. Below are typical degrees zoologists earn.

As an ecology major, you may select an area of interest that you’d like to focus your attention on. If you’re interested in pursuing a career in zoology, ecology specializations open doors to unique areas of study. Popular specializations in ecology for those seeking to become a zoologist include:

You’ll take courses that equip you for a career as a zoologist, exploring topics like:

Wildlife biology
Wildlife biology programs are designed for students who have a passion for wildlife and are curious about the environment. Coursework is ideal for aspiring zoologists, as the major emphasizes topics such as:

Zoology
Unsurprisingly, the most common major for zoologists is zoology. While earning your undergraduate degree in zoology, you should plan on taking classes that prepare you with a deeper understanding of animals. You will focus on their biology and evolution, as well as on animal diseases and behavior. Most entry-level zoologist jobs require an undergraduate degree in zoology.

How Long Does It Take to Become a Zoologist?

Your journey toward becoming a zoologist may take many turns, but your education will remain consistent. Nearly all working zoologists hold bachelor’s degrees in zoology. The undergraduate degree is a foundation to build upon with:

To earn a bachelor’s in zoology, you’ll need to plan on spending at least three to four years in school. Most undergraduate zoology programs take four years to complete, though accelerated options are available.

Becoming a Zoologist: How to Advance in Your Career

Typically, zoologists receive greater responsibility and autonomy in their research and work as they gain experience. However, earning an advanced degree also helps to advance your career. Zoologists who lead research teams or work independently on one or more research projects must hold a Ph.D. The doctorate in zoology can lead to:

While earning your degree to become a zoologist, you can gain practical experience that will help advance your career. Internships, volunteer work, and other opportunities are available to students, even at the undergraduate level. It’s important to gain as much experience as possible before you graduate to ensure the best job prospects are available to you. 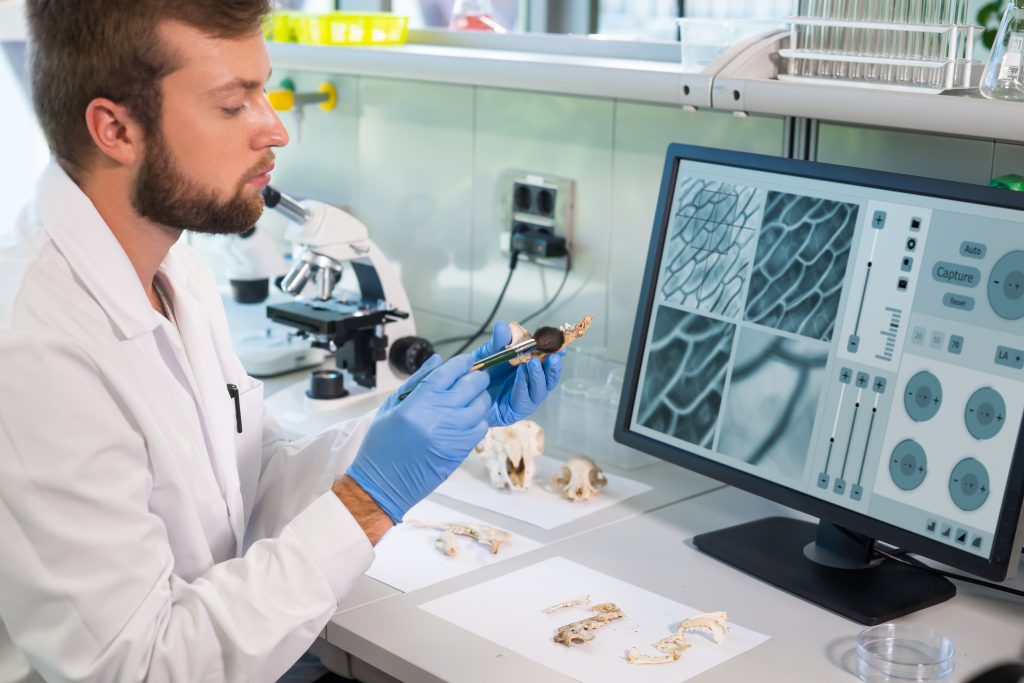 Other Important Qualities for Zoologists to Have

Even before you’ve earned your degree to become a zoologist, it’s important to evaluate your fit for this unique career. Besides the knowledge gained in the classroom, certain traits and qualities are equally important. Successful zoologists possess the following qualities and skills.

How Much Money Does a Zoologist Earn?

Now that you’ve determined what kind of schooling you need to become a zoologist, it’s important to evaluate your earnings potential. The Bureau of Labor Statistics (BLS) reports the median annual wage for zoologists as $66,350. The lowest 10% of earners in this occupation make less than $41,750 a year, while the highest 10% of earners make more than $106,300. Since the average wage for all occupations is $41,950, according to BLS, zoologists earn a favorable, above-average income.

Certain factors impact your earnings potential as a zoologist. First, pay fluctuates with industry. This means that certain industries pay more, and others pay less. According to BLS, there are five top-paying industries for zoologists. These industries are listed below.

In addition to industry type, wages for zoologists fluctuate by geographic location. In fact, certain states, cities, and non-metropolitan areas offer higher-than-average earnings for this occupation. Below are the five top-paying states, as reported by BLS, for zoologists.

All top 10 metro areas offer significantly higher-than-average wages for zoologists. In fact, zoologists working in the metro areas of Mississippi earn $44,480 more than the national average for this occupation.

While certain metro areas pay well, the cost of living can be equally high. Some of the top-paying metro areas for zoologists have very high costs of living. These areas include:

If you’d rather live in areas with a lower cost of living, you’re in luck. According to BLS, you can still earn higher-than-average wages as a zoologist if you live in certain non-metropolitan areas. BLS reports that the five top-paying non-metro areas and their annual mean wages for zoologists are:

Of the five top-paying non-metropolitan areas, all offer higher-than-average earnings for zoologists. In fact, Alaska non-metro areas offer close to $20,000 more annually than the national average. 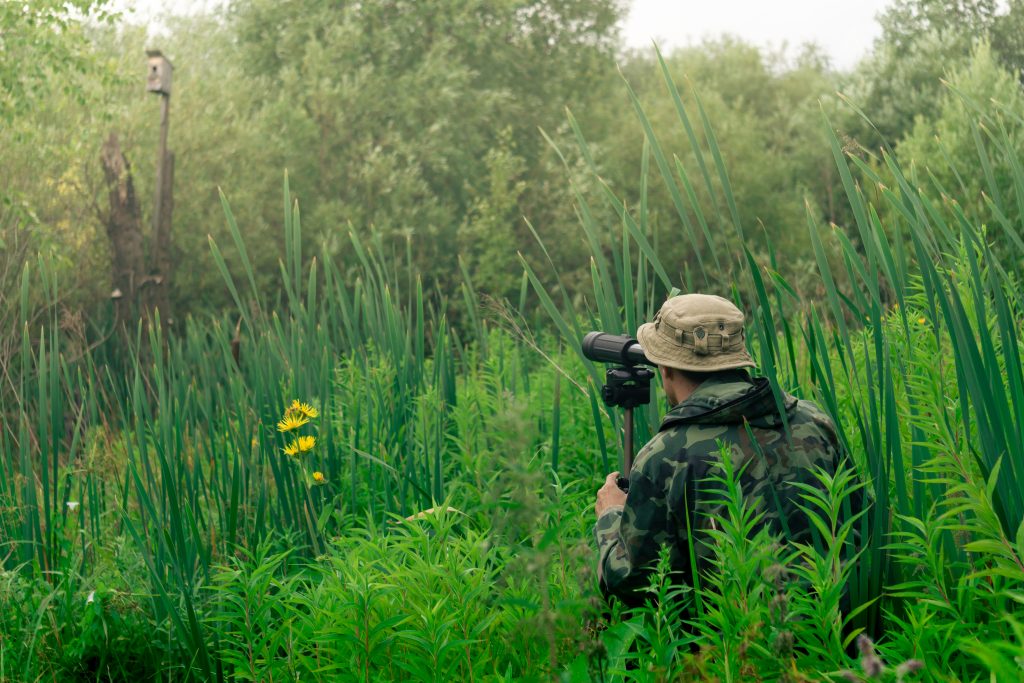 What Is the Job Outlook for a Zoologist Career?

With the proper education for zoologist careers, you’ll find yourself with a favorable job outlook and viable job prospects. However, the overall employment growth for this occupation is slightly slower than the national average of eight percent for all jobs. According to the BLS, employment for zoologists should grow five percent through 2030.

While the job growth is slightly slower than the average for all occupations, we should still see about 1,700 openings for zoologists and wildlife biologists each year for the next 10 years. Job openings are expected to result primarily from the need to replace workers who either transfer to other occupations or retire from the labor force.

Certain areas of the field will show more growth and demand for zoologists than others. For example, BLS reports a growing need to study human and wildlife interactions. As the human population grows, zoologists and wildlife biologists will be needed to research the impact of this growth on animals and natural habitats. Population growth will also contribute to new branches of employment for zoologists, especially as new threats that endanger animals and wildlife arise. Other areas of research, such as disease impacts, habitat loss, and pollution will spur the hiring of new zoologists.

States that rely on animal tourism will remain stable in their efforts to employ zoologists and wildlife biologists over the next decade. Organizations that hire zoologists include conservation facilities and zoos. In government-run agencies, zoologists will be needed to help implement new conservation plans that  combat threats to animals and protect natural resources. Overall, the job outlook, while not significantly favorable, remains stable if one knows where to search for the best job prospects.

This concludes our article on what is the best degree path for becoming a zoologist.