What is Computer Science?

A person considering a degree may wonder what computer science is. Because so many occupations involve the use of computers or the internet, it is important to know what this concept and area of study includes. Understanding what computer science is could help a person decide if this is the right career path for their skills and strengths.

In general, the concept of computing science refers to the study of computers. It begins with a fundamental understanding of how a computer makes calculations. The foundation of this science involves a lot of theory and the application of concepts from logic, physics, electrical engineering and mathematics. As a science, this area of study also focuses on the applications of what computers can do, how they are made, what can go wrong with them and how they can be improved.

The hardware side of computing has a lot of overlap with physics and electrical engineering. The electrical engineering portion has to do with the wiring, physical connections, physical design, layout, use of space, relays and network setup. The hardware side of the science also involves understanding how the computer actually calculates. This gets into mathematics and physics. The mathematical foundation includes understanding of binary expressions and how computers perform mathematical operations, such as adding and subtracting, within the binary system of coding. The physics aspect involves logic gates, the architecture of electron flow, the buildup of heat and how friction affects moving parts and how processes change over time. For example, the architecture of the computer’s processor involves concepts in physics, electrical engineering, math and logic. 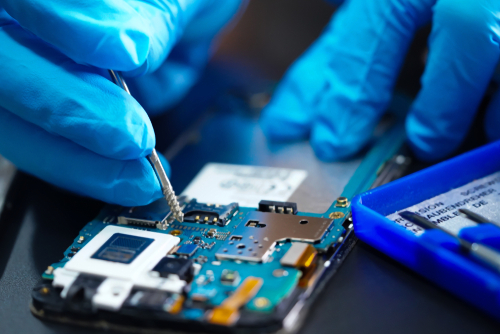 The science of computers also includes the software aspect. Software is the set of instructions that controls the functioning of the hardware. These sets of instructions are typically referred to as programs. While computer engineers typically deal with the hardware aspect of computing, programmers and computer scientists usually focus on the software aspects of computing. The software side of science involves the development of programming languages. It also includes compilers, operating systems and applications. Computer programmers create computer source codes, algorithms and functions. Software developers focus more on the graphic design, user interface and user experience, with the computer programmers writing the code that creates the design.

Computer Science As a College Major

The study of computers, computing systems and their hardware and software continues to be an in-demand and growing field. Within it, there are many specialties, including computer programming, database analysis, website development and artificial intelligence. Knowing what computer science is facilitates the selection of a college major and a person’s career path.