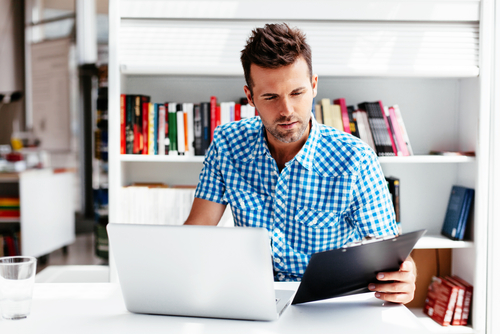 Schools fall into a number of categories. There are colleges and universities, research institutions and liberal arts schools and for-profit and non-profit colleges. Public versus private is another designation, and often, students don’t know how this factor will or should affect their college search. Excellent online business degree programs exist at both public and private schools, but understanding the differences between public and private institutions is important for helping students select the right college.

Often, state universities are also public colleges. These include well-known and well-ranked schools like Penn State, the University of Florida and the University of Massachusetts. Public schools are large, often teaching tens of thousands of students. The classes may be larger at public colleges than at most private schools, but these institutions tend to offer an excellent education. U.S. News & World Report even publishes an annual list of the Top Public Schools in America.

A number of the top online business schools are public, but private universities like Drexel University in Philadelphia, Pennsylvania, make the list, too. Only about one-fifth of all college students in the United States attend a private school, according to Washington Monthly. Students who choose private institutions often do so for perks like small class sizes, selective admissions and more plentiful resources. Private schools can be either nonprofit or for-profit, and some – but not all – have religious affiliations.

The Differences Between Public and Private Colleges

Funding is a major difference between public and private schools. Most public colleges receive a good chunk of their funding from state governments, while at private schools, gifts from donors make up the bulk of the institution’s operating budget.

Then there’s the difference in cost. Private schools are known to be more expensive than their public counterparts – in some cases, quite a bit more expensive. However, it’s common for public schools to charge separate tuition rates for in-state and out-of-state students, while private schools typically won’t so do. As an online student, this difference may or may not affect you. Some schools that normally charge a higher out-of-state tuition rate will apply that out-of-state rate to online students while others don’t, and still others charge a different distance learning fee.

Size is another big factor that differentiates public and private schools. Private colleges are typically smaller than public universities, and that can translate to smaller class sizes. Some students seek that individual attention, while others prefer a larger school with a bigger and more varied student body.

You can receive an outstanding undergraduate business education online from either a public or a private school, so don’t rule out a degree program solely on the basis of whether it’s public or private. Look at other factors, including whether you find the school affordable and how important class size is to you personally, and then choose the school that most closely fits your needs.